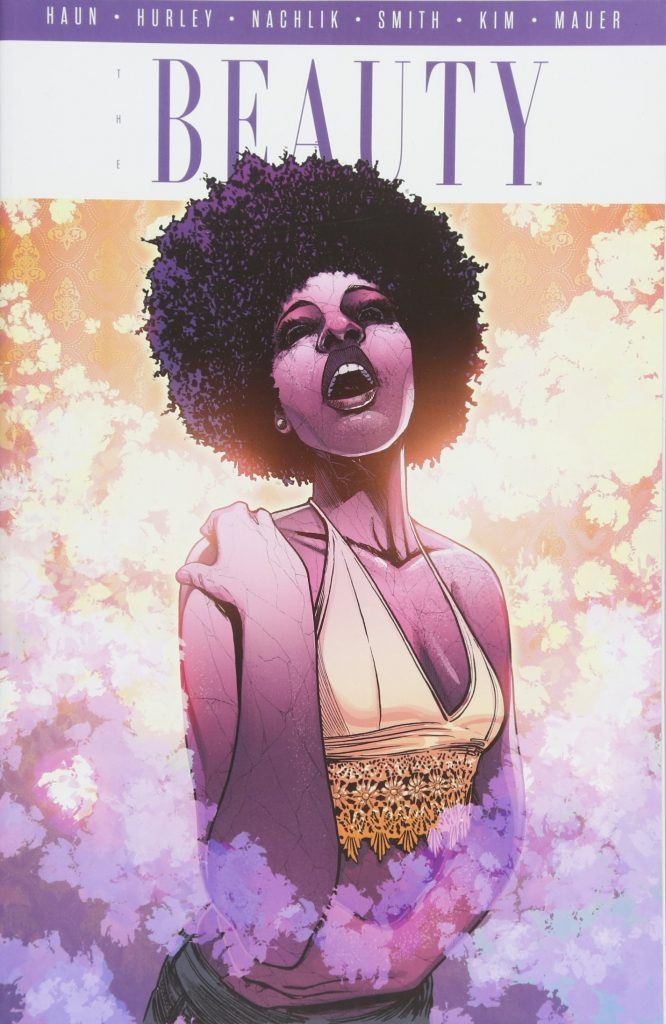 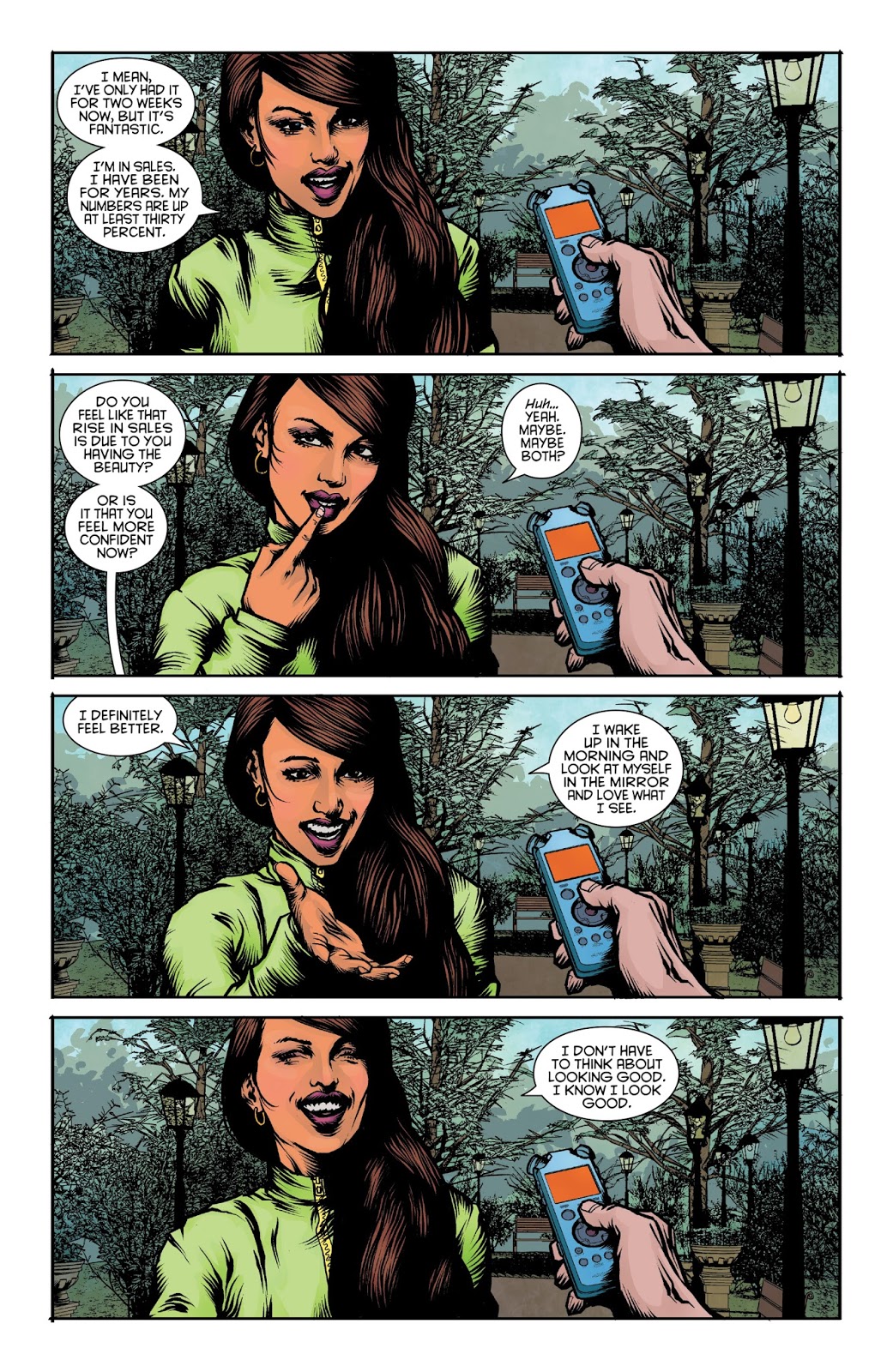 Nia Glover and Cooper Mack run an investigative podcast, one with high journalistic standards that’s been a success over its first season. They’re looking for a subject to tackle for the second season when it falls into their laps. It concerns the beauty, a sexually transmitted disease that people actually want to contract as it transforms them into an idealised version of themselves, lacking flaws. What most ignore is that it’s a virus, and these generally have consequences, something the authorities and especially chemical companies are already investigating, and it’s the concealed negative effects that may have dropped into Mack’s lap.

Again, Jeremy Haun and Jason A. Hurley set their story early in the days of the beauty’s existence when all seems good and safe, underlined by their sifting one page vox pops throughout in which ordinary people relate their experiences. They’re littered with prospective directions for future plots, or perhaps those considered by the writers and discarded, but put to use in these interviews. The story arc also serves to introduce a significant set of villains. We have someone whose lack of medical ethics is jaw-dropping, not for nothing compared to the infamous Dr Mengele, a genuinely creepy villainous presence, and a distinctive assassin in a Mexican wrestler’s mask. They’re all intriguing and fully formed, with the work put into personalising the assassin a nice touch.

Volume four follows the pattern of volume two, beginning with an introductory story seemingly unconnected with the main piece, but then revealed to have a greater purpose. Haun and Hurley very deliberately work with artists whose style might not be an exact match for Haun, but who share a similar gloomy naturalism, and Matthew Dow Smith is another of them, efficient and dark. The primary story is again drawn by Thomas Nachlik, again providing flowing action and background detail, but the occasional strange face due to over-rendering.

Chapter by chapter Haun and Hurley crank the tension upwards through the main story. Mack’s the primary focus, and the question becomes whether the possible price for his investigation is worth exposing the truth. It’s a more cohesive thriller than the previous volume, and we have the return of the police Beauty Squad in volume five.