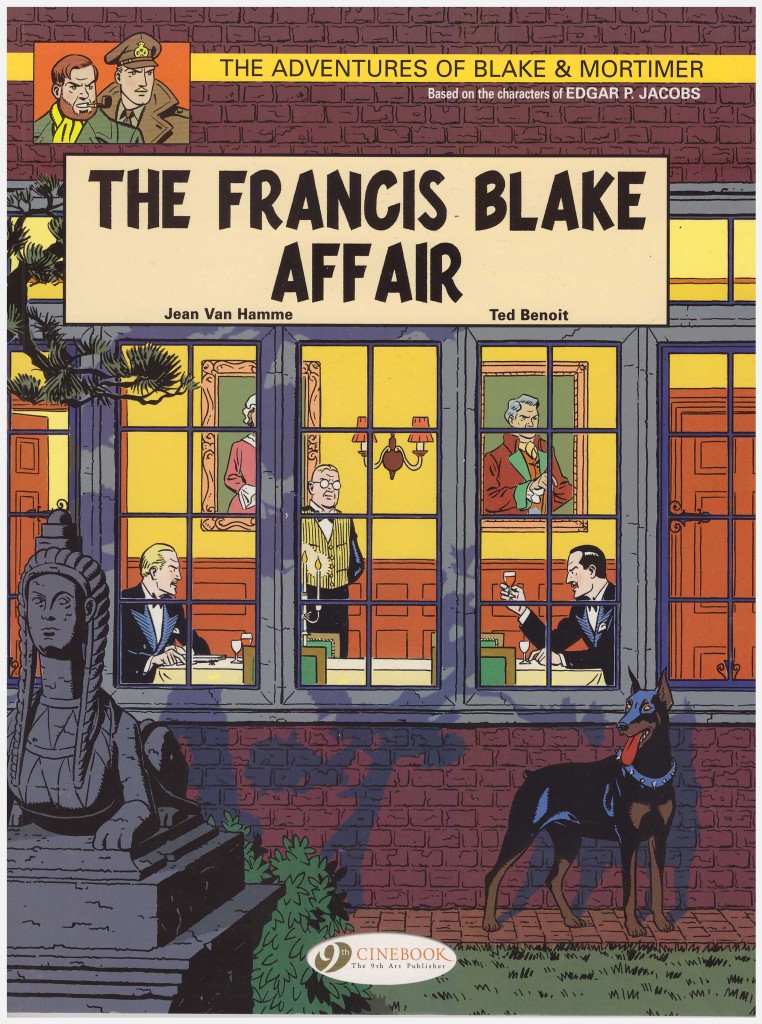 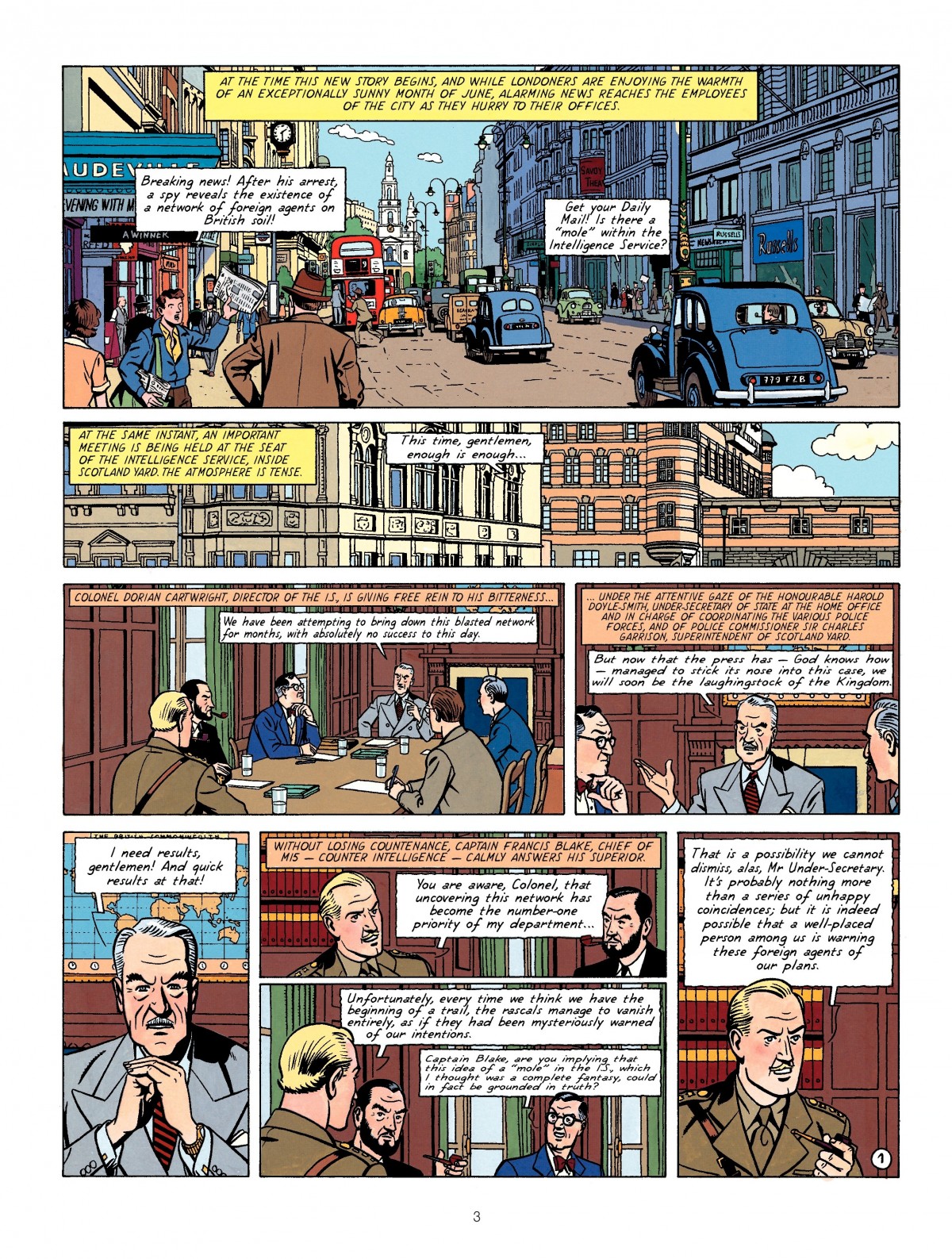 It was an interesting editorial choice from Cinebook to issue as their fourth volume a book with no involvement from series originator Edgar P. Jacobs. He created eleven Blake and Mortimer books, but Cinebook would issue twenty volumes before publishing all Jacobs’ work.

Such is the reputation of Blake and Mortimer among European creators that acquiring top talent to continue the adventures after 25 years proved little problem. The Francis Blake Affair was the first post-Jacobs Blake and Mortimer tale (Professor Sato’s Three Formulae part two concluded a Jacobs story from his script). It’s the work of top adventure strip writer Jean Van Hamme and artist Ted Benoit, whose mastery of the clear line style used by Jacobs was apparent from his earliest works.

A vital editorial decision was that any new material should remain set in the 1950s. Jacobs had a lifelong interest in British culture, but Benoit, with no previous experience, creates a stunningly researched version of 1950s Britain, from the Scottish Highlands and London to the incidental details of ancestral homes, the village inn and the Triumph TR2. While Benoit is faithful to Jacobs’ art style, he’s also his own man, incorporating a greater element of shade, for instance. At one stage he also illustrates a slightly dishevelled Captain Blake, something Jacobs would never have presented. His characters always manifested refined composure and restraint.

Van Hamme’s mimicry is almost faultless. It’s as if he set himself the task of becoming Jacobs. So many familiar elements are presented, although Van Hamme does tone down the excessive word count. It’s still high by modern day standards, but there’s a concerted effort to compress the exposition and to display what can be shown.

The plot is set in motion by revelations about a traitor within MI5, with the finger of suspicion pointing at Francis Blake. It’s a clever use of real life events during which several high profile agents were exposed as having Soviet loyalties in the 1950s. Van Hamme doesn’t bother attempting to convince us Blake may be guilty. We know he’s above reproach, so the crux of the plot concerns Blake and Mortimer’s efforts to discover who’s framed him and their greater purpose.

While a compelling adventure story, the element Van Hamme excludes is that of the fantastic, which was a fascination for Jacobs. With a few minor alterations The Francis Blake Affair could be summarised as if a plot from a Graham Greene novel of the period. With everything else so faithful this isn’t any kind of flaw, and his next book, The Strange Encounter, restores this aspect.

There can be few Blake and Mortimer fans who’ll be disappointed by this continuation, and most will relish an invidious task extremely well achieved.