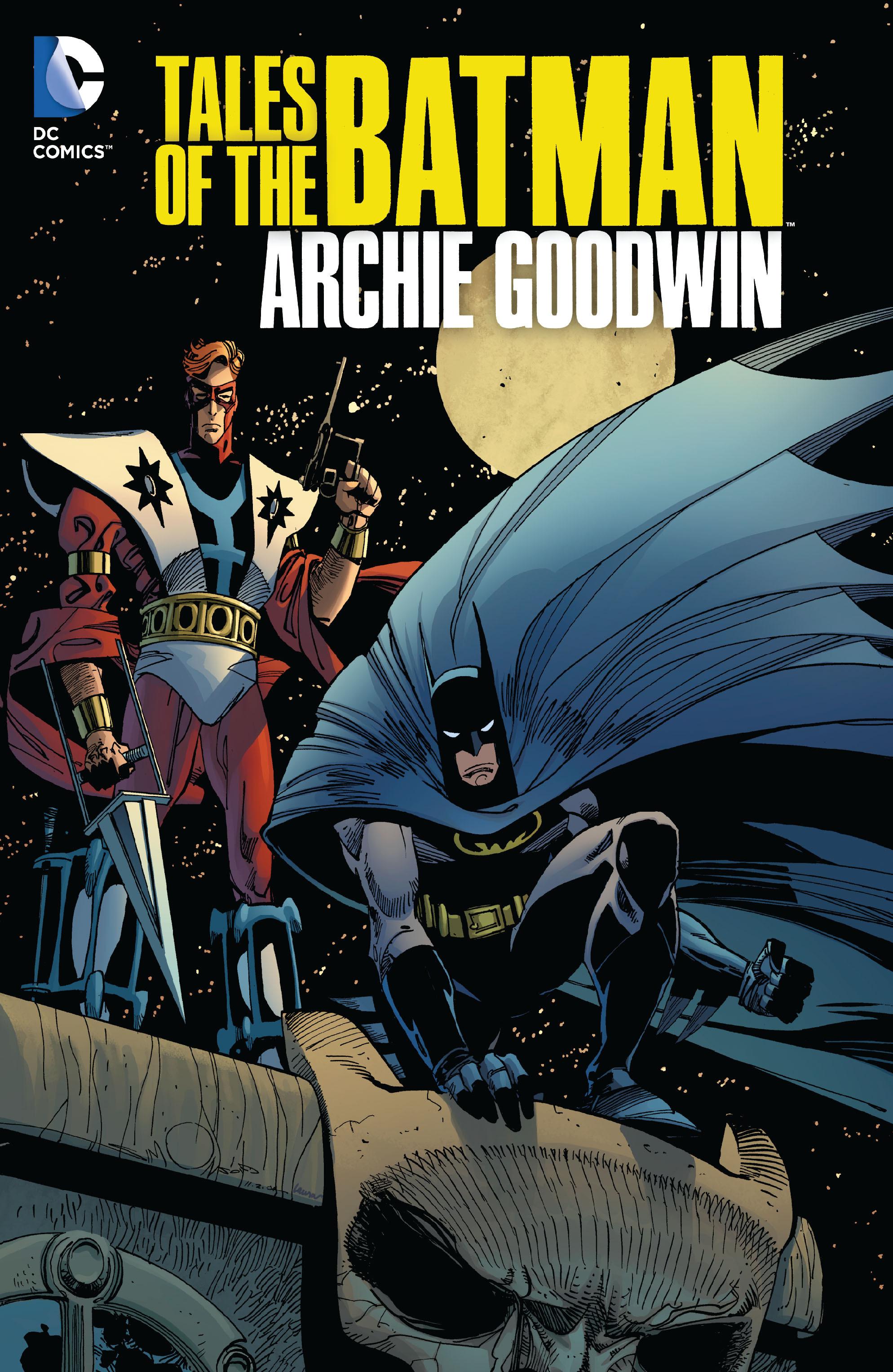 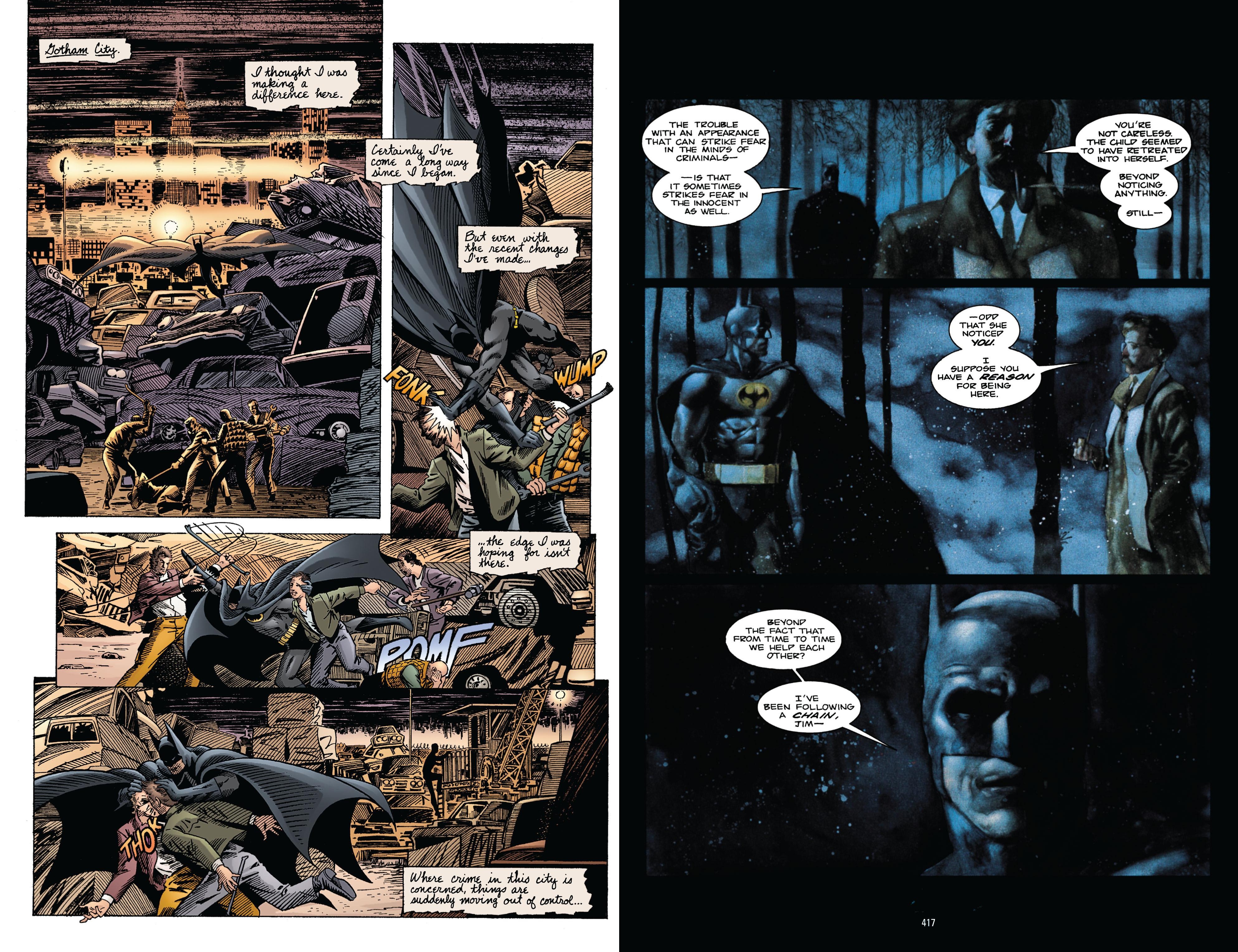 Archie Goodwin is rarely listed among the great Batman writers, but this collection is a viable case for re-examination. Merging the individual chapters of the stories presented here, delivers an even dozen tales, several of them extremely brief, yet some are superb, and the writing quality never dips below good. Bear in mind also, that a third of the content was produced in 1973-1974 and still reads very well today. Included in that is the entirety of the superb Manhunter collaboration with the then relatively unknown Walt Simonson, reviewed in depth here.

The other 1970s material is illustrated by some stunning artists, and each is provided a story suited to their strengths and desires. These are varied, feature a mystery, and each has a striking visual item for the artist to work with. Alex Toth’s only Batman work features a bi-plane, the under-rated Sal Amendola has a snowy landscape, a young Howard Chaykin has a gothic 1940s style villain and 1970s Batman perennial Jim Aparo features an Incan demon.

Goodwin’s care to provide striking visuals stretches through to his 1990s work as well. Dan Jurgens has a tale featuring Yakuza ninjas, tightly plotted with plenty of twists and adding not one, but two neat layers touching on Batman’s past. It’s a gem that wouldn’t have been out of place in Goodwin’s Secret Agent Corrigan newspaper strip. The 1990s work equals the earlier variety and thought applied to supplying artists with stories suited to their styles, often looking to the past, but in tales set in the present day. José Muñoz is excellent in dealing with a jazz player able to summon a demon, a beautifully poised piece of work from Goodwin as is the Eisner Award winning look back at to Batman’s early days and the heroes of the 1930s, stunningly drawn by Gary Gianni. Gene Ha gets a tale of madness featuring many of Batman’s best known villains, otherwise generally avoided in this collection.

The two longest tales close the book. ‘Siege’ concerns an ageing mercenary and his eccentric employees fermenting war in Gotham, as much time spent with him as with Batman. Sadly, Goodwin plotted the entire story, but due to illness only provided dialogue for the first chapter. He established some characters as obsessive about the film culture of the past, references to Randolph Scott and James Stewart probably blowing over the heads of Batman readers in 2000, and leaving James Robinson with similar sensibilities a good choice to script the remainder. It’s an interesting, character rich story with a strong emotional core, extremely well plotted, but let down slightly by Marshall Rogers (sample art left), although long time Batman readers will realise why he’s involved. He’s great with design and detail, but not so good when it comes to perspective, figures and expressions.

Scott Hampton painting ‘Night Cries’ (sample art right) contrasts the linework throughout the rest of the book. The perpetual darkness he instigates reflects the relentlessly bleak tone of a story dealing with abuse and examining the social conscience of the newly appointed Police Commissioner Gordon. Hampton’s cast sometimes have unaccountably red noses, and his Batman appears unnaturally moulded, but he effectively conveys the mood of as dark a tale as Batman’s ever been involved in.

Very good stories, and, for the most part, excellent art mean you’ll go a long way to find a better Batman anthology than this. The only slight problem is that some pages are slotted too far into the central binding, making them difficult to read. This shouldn’t happen, never mind in an expensive hardback.