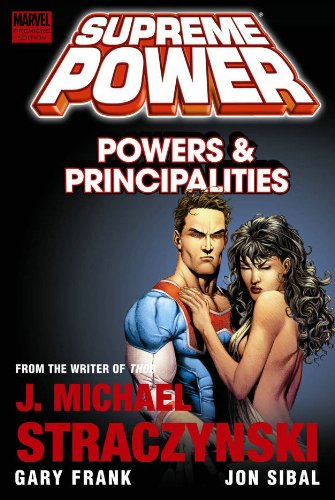 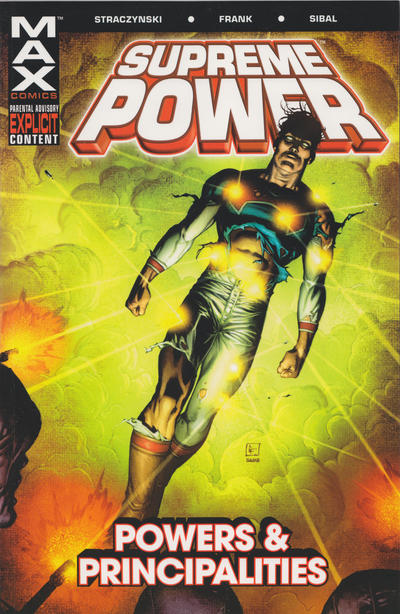 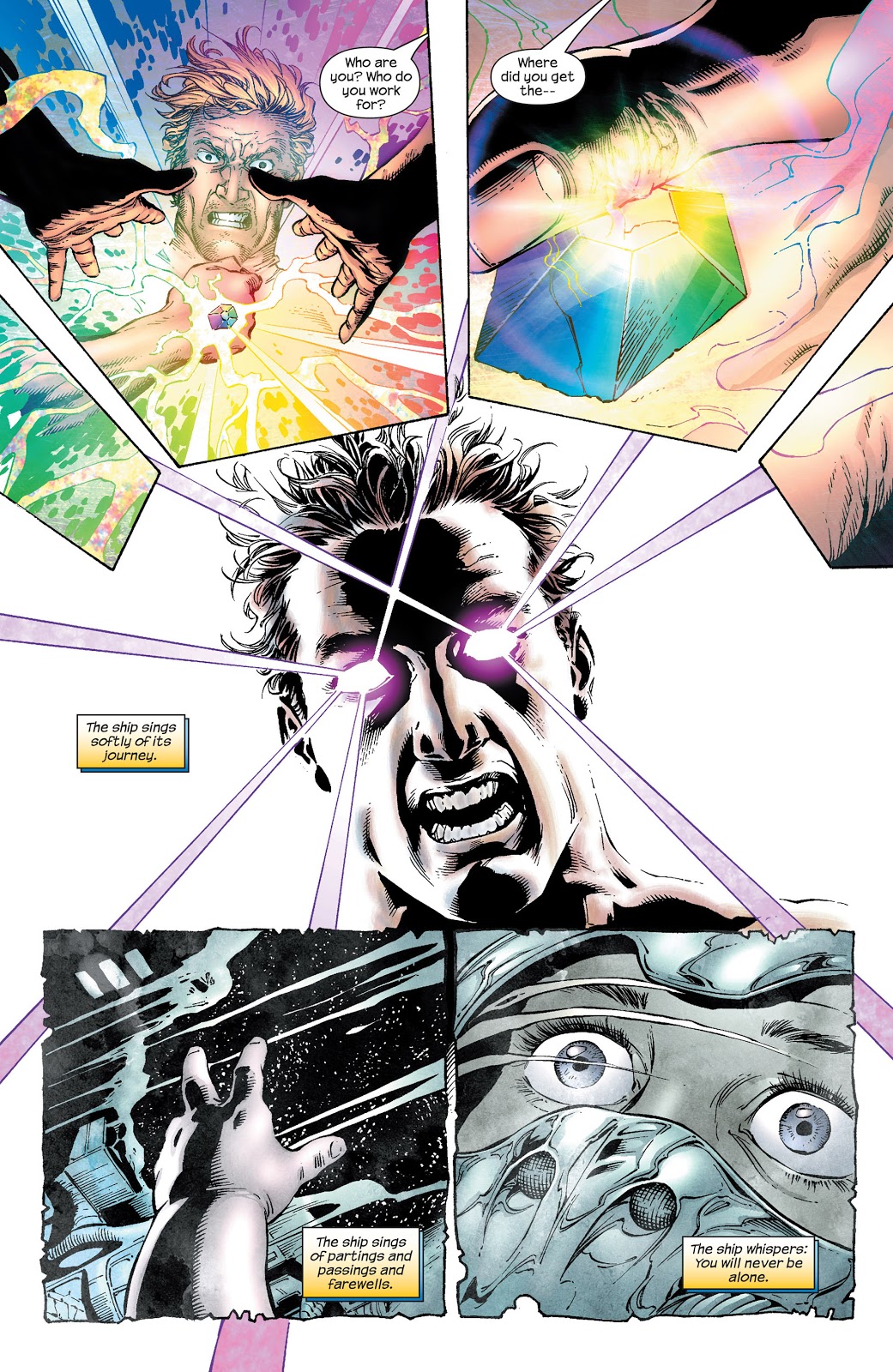 Over Contact, J. Michael Straczynski and Gary Frank worked through the initial stages of what might happen on a world devoid of superheroes should a spacecraft deliver the equivalent of an infant Superman to Earth. Given the name Mark Milton, we followed him to his late teens, all the while schooled and programmed to be weaponised for the USA. Powers and Principalities reveals what happens when a now adult Mark discovers the realities of the world and the deceit and manipulation employed in his upbringing.

Two other super powered people were introduced in Contact, and a costumed vigilante, only one of which reappears before the end of book, Joe Ledger, career military, and fused with a crystal found within the spacecraft that brought Mark to Earth. His power levels are now also off the scale, as are those of Zarda, a naked woman who emerges from an Italian cave, and there’s another strange naked woman beneath the sea. From one of them Mark learns a form of truth about who he is. Straczynski uses the pages leading to that revelation well, exploring Mark’s confusion on learning how he was viewed. “You’re a weapon”, he’s chillingly told, “and my job was to make sure that weapon was pointed in the right direction”. The military mind is well laid out, one that never considers truth above duty, or that truth is in any way a useful concept.

Having been restricted to drawing primarily civilian interactions for the first book, Frank can gradually let loose during Powers and Principalities. He’s provided with some astonishing scenes to depict, and they impress even more for his having reined the artwork in. There’s a point at which Mark no longer has to hold back, and neither does Frank. He’s always been a powerful superhero artist, and the skill shines through. It is distracting, however, to realise one of the human scientists resembles Phil Silvers.

Anyone familiar with the old Squadron Supreme on whom the cast is based will find them very different people, almost all more extreme, with Nighthawk’s Batman analogue especially interesting. For all his charitable contributions, this is not a nice man. The pacing of TV dramatist is evident in building the cast and switching between them, until an excellent final chapter that follows four separate narratives on each page. All but one of the super powered characters are a source of simultaneous focus, and all are coming to terms with what they are and the purpose they may have. There’s no resolution here, but more than enough action and drama, and the series continues with High Command.