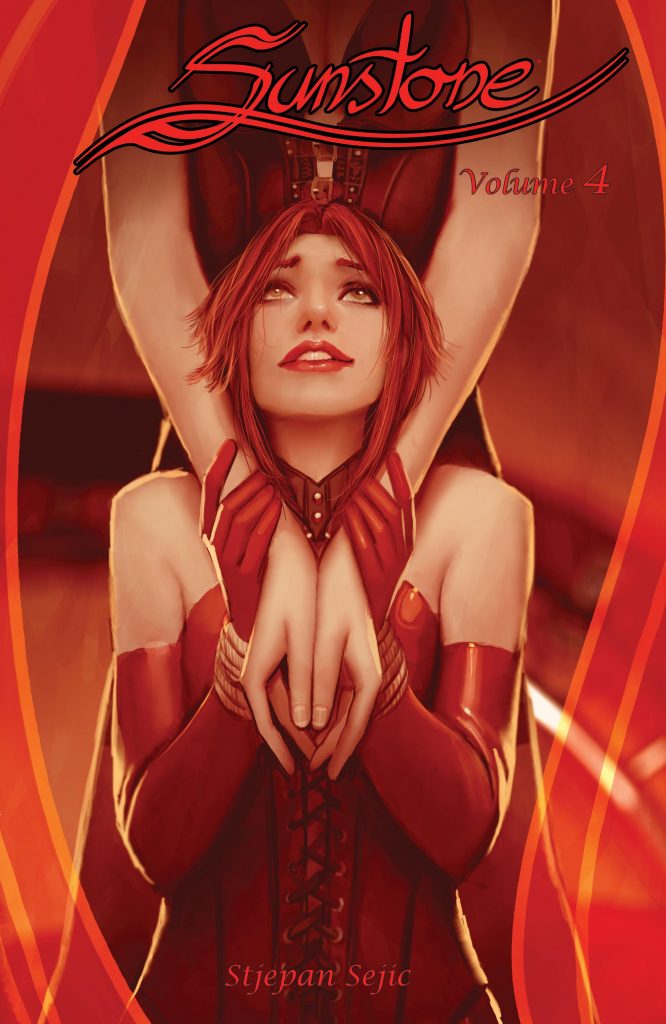 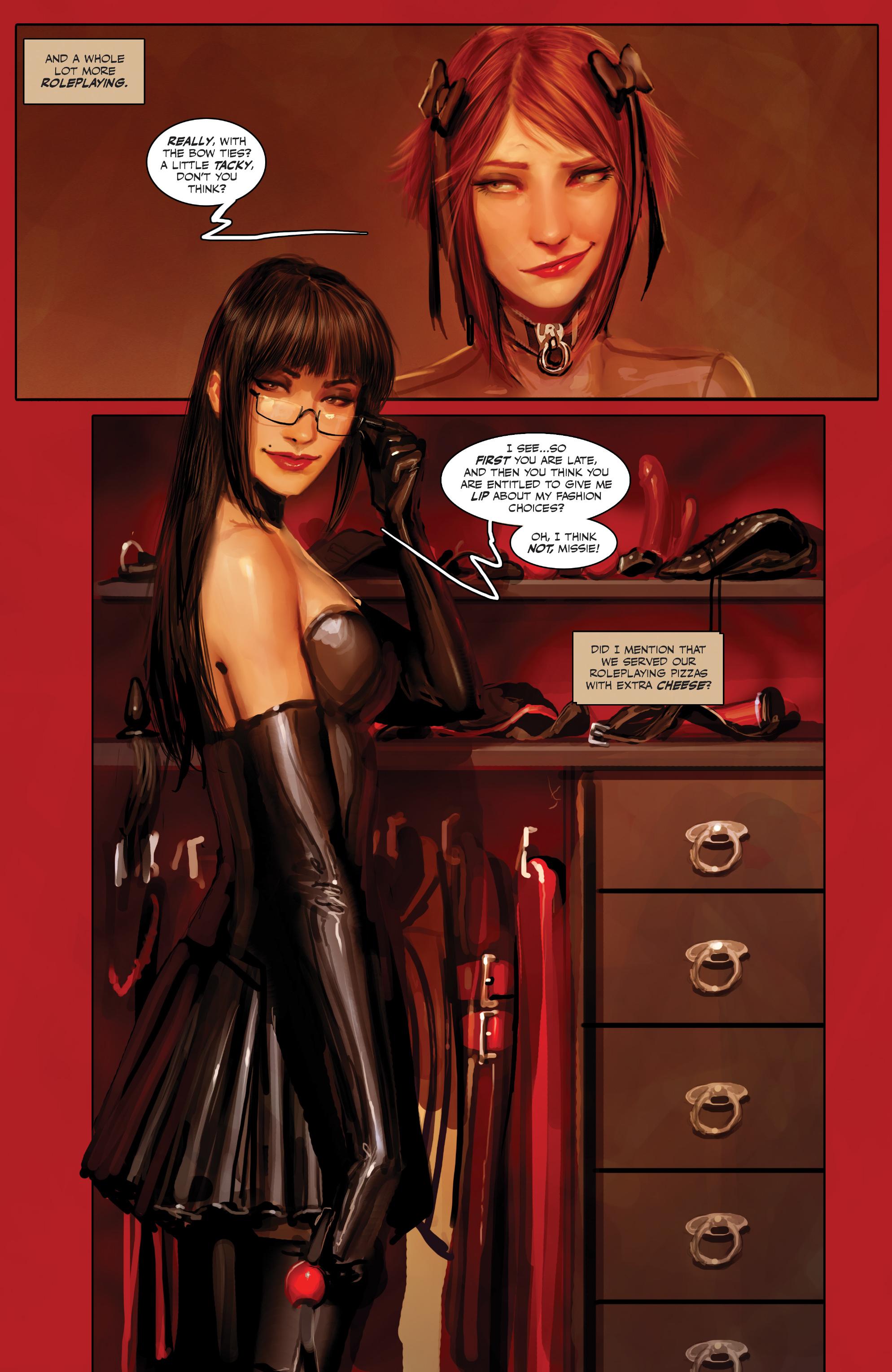 For a series of graphic novels about playful and experimental sex, there’s a real touching heart to Sunstone. The way Ally and Lisa are drawn as perfection personified renders them fantasy figures, but the way they’re written gives them a depth way beyond that. In previous books Stjepan Šejić, has ensured there’s a level of insecurity to their relationship, and here moves it to the deepest insecurity of all, that of two people each afraid to tell the other they love them.

What has been a primary cast of two is gradually broadening to three people. Anne, introduced in volume 3, has a far larger role here, and the captions had already hinted she would play a significant part in the series’ future. Šejić has a fondness for women who seem outwardly confident, but have an inner uncertainty, and she’s another, a tattoo artist, although not a redhead for a change. She has a curiosity about the BDSM world and is fond of the stories Lisa posts online, and in a clever piece of plotting this becomes a real issue played out in a fine scene ending the book.

The art alternates between what at one time would have been airbrushed photorealism, and more traditional pen and ink, and in either form Šejić manages incredible expressions, something many artists working in a ‘realistic’ mode find very difficult. Their work often has a fake look copied from paused video, but Šejić avoids that entirely. It’s extremely important because so much of Sunstone is conversation or narrative caption, depending on the visuals complementing the writing not drawing attention away from it because they look posed. Watch out for some great stick figures as well.

Sunstone has been intelligent, arousing and accomplished, so no change at all.