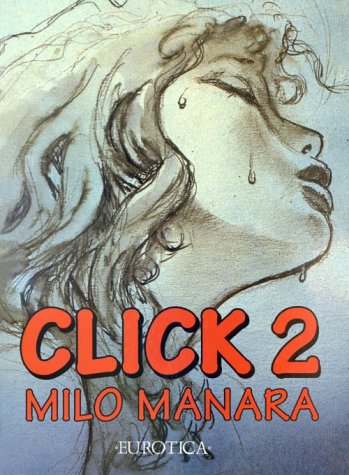 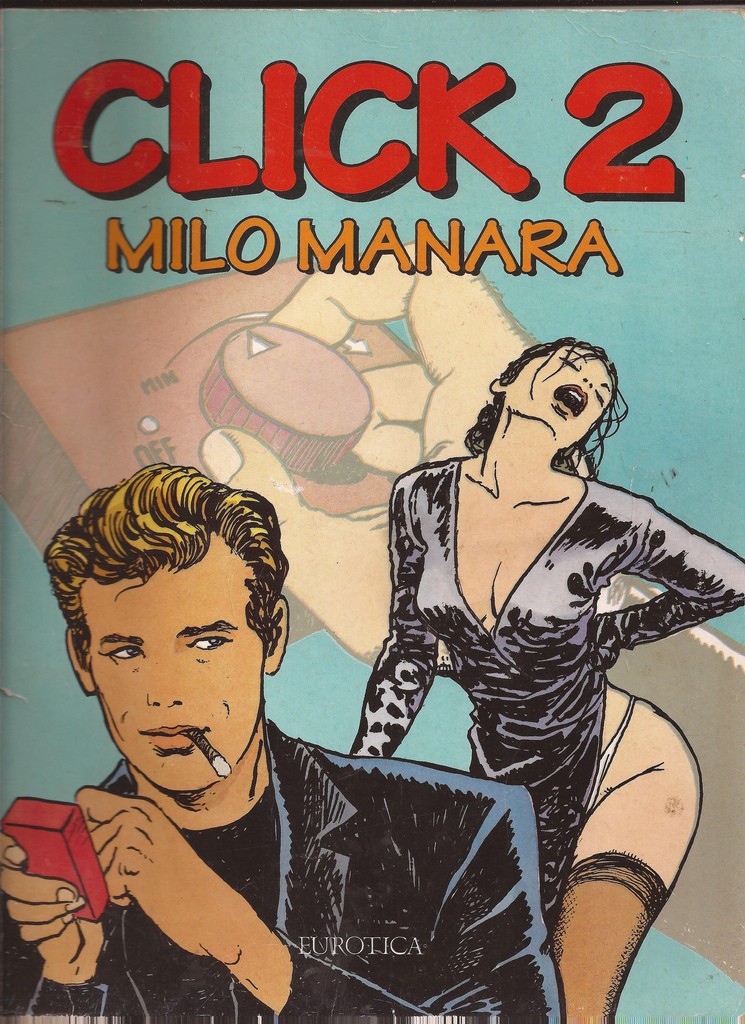 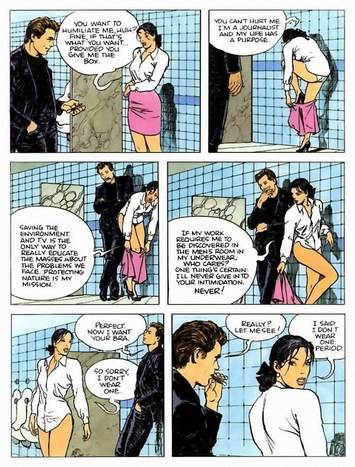 The opening Click! graphic novel introduced the concept of a device that controlled a woman’s sexual desire. It may be pansexual, but over four books that was never a route explored by Italian creator Milo Manara. Once the receiver has been connected to the brain’s pleasure centres, using the dial on the transmitter can induce sexual delirium ranging from mild to intense.

Introducing explicit sexual content to his work was a career defining decision for Manara, and throughout the 1980s he continued to explore the possibilities with a range of stories. In 1991, though, he returned to the idea that diverted his career into a successful new direction. It’s immediately apparent how his approach to storytelling has modified. This is a longer book because Manara uses larger panels, and while still excellently drawn, these panels aren’t as packed with detail and refinement. There’s also a change with regard to how the plot plays out, with Manara now lingering over the sexual scenes far longer than previously. An opening encounter in a men’s office toilets occupies a dozen pages, whereas the longest sex scene in the first book was under half that length.

We revisit Claudia, protagonist of the first Click!, now displayed as having a career as a TV presenter. The first book saw her transformation from repressed woman to uninhibited libertine, and came with a twist, but the device that initiated this was presumed lost in the Alps at the end of that book. It’s been found, by a person Manara illustrates as looking so uncannily like James Dean it’s even mentioned in the text.

As well as lacking what subtlety its predecessor possessed, this drops the pretence of being anything other than erotica. With the exception of a few pages setting scenes, almost the entirety concentrates on fantasy sex. As it’s Manara, its exceptionally well drawn, and the final sequence set atop a high rise building is spectacular, but for anyone paying attention to more than the sex there is a considerable lack of logical consistency, and the book peters out without bothering to explain several matters, most obviously the machinations of Claudia’s husband. It’s as if Manara just tired of the plot, reached his page count and called a halt. Despite that, there’s no better illustrated comics of women writhing around enjoying sex than the material produced by Manara.

This volume is long out of print, and the colouring is primitive. It’s much improved in the hardcover Click! 1-3, but that’s now also out of print and very expensive, so although in black and white this is better purchased as the first hardcover volume of Manara Erotica. Kim Thompson’s translation improves on this version, and that book also incorporates the three other Click! graphic novels.