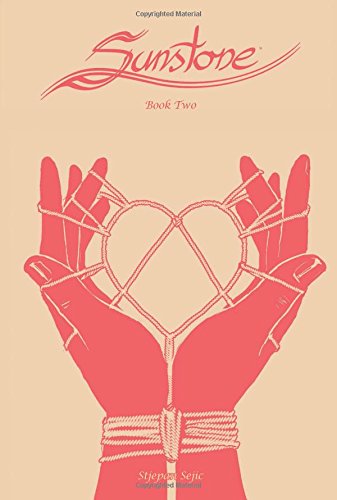 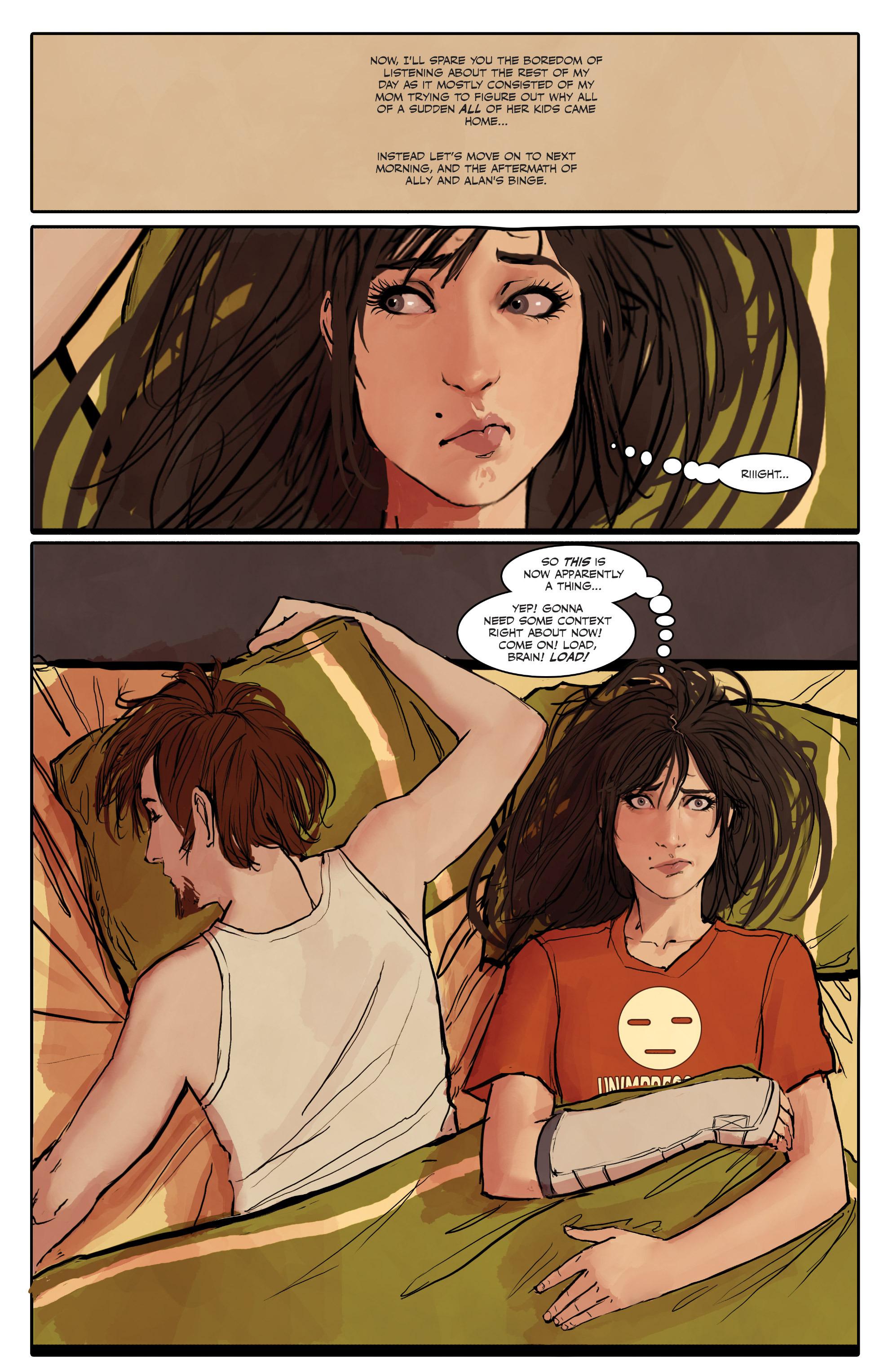 Stjepan Šejić plays an interesting game with Sunstone, pretending it’s a titillating series about BDSM, providing enough alluring illustrations to maintain the facade, but it’s actually a romance story. For all the front she maintains, we’ve already learned that Ally has insecurities, and as the narrative captions are largely Lisa’s we have even greater insight into her feelings. The cast broadens beyond them, with tattoo artist Anne playing an increasing part as events unfold. Are Ally and Lisa now secure in their friendship beyond their roleplay, is it something greater than friendship and complicity, and if so, can it be sustained? Those questions dominate Book 2.

Šejić’s decorative art goes a long way to cementing Sunstone as memorable, but here has to cope with an awful lot of conversation as more so than previously the main cast analyse their feelings and motivations during a cycle of fall and rise. Expressions are very important to the series, with Lisa very much defined by her poses and facial display alongside her narrative, and unlike many artists dealing in ‘realism’ Šejić’s methods don’t have that static look of obviously being copied from video reference. Because all the cast are drop dead gorgeous Šejić knows he’s selling fantasy, but deliberately sabotages this on occasions, referencing the embarrassments that can occur during intimacy, or giving Lisa a particularly goofy expression. From the beginning the talking heads have been supplemented by some stunning pin-up pages, and during the course of Book 2 Šejić becomes more symbolic with these, as he does with the matter of Lisa’s fiction, now more directly addressing her real life. A fantastic artist began the series and his visual dexterity has only increased.