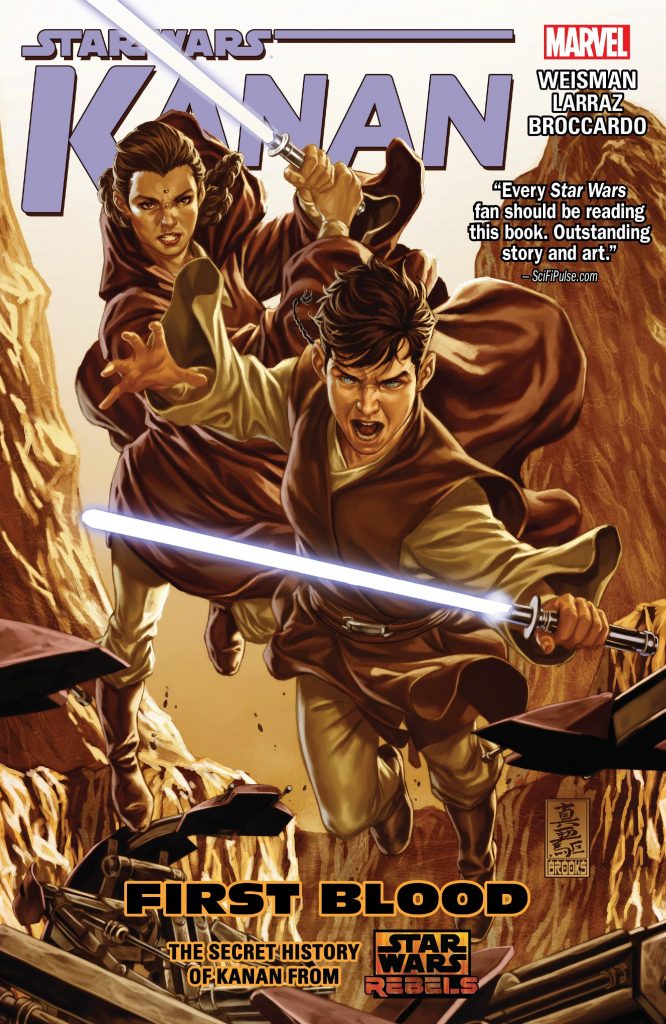 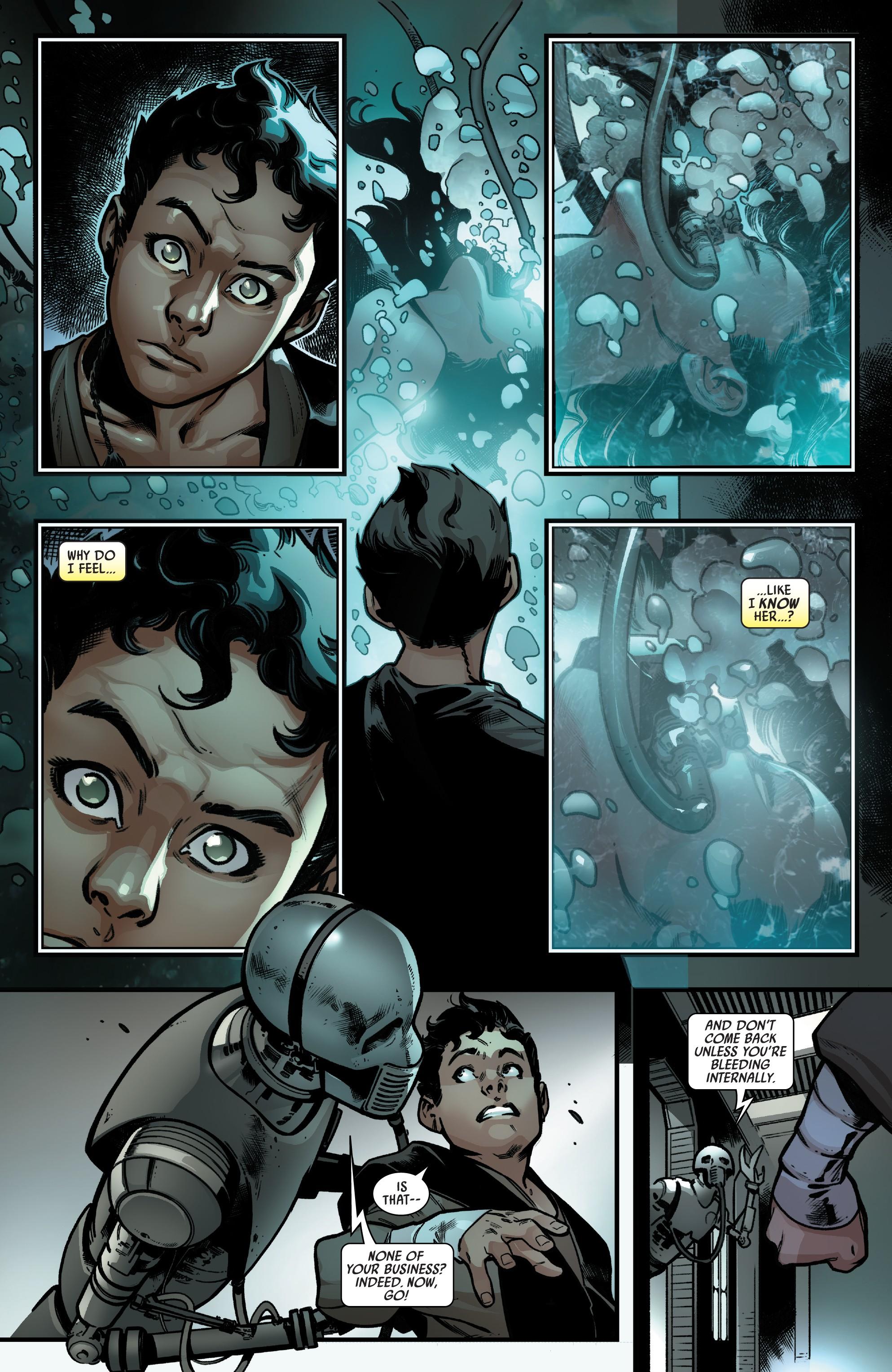 The popularity of Kanan Jarras stems from his leading role in Star Wars Rebels, and First Blood is the second of two volumes filling in his background before those days. It’s not chronological, and is framed by Kanan’s return to Kaller, his previous visit detailed in The Last Padawan. Greg Weisman only properly deals with the present day in the final chapter, in preference going back even further than the previous book to start with Kanan’s training at the Jedi Academy, when he was still Caleb Dume and where he met the Jedi who’d train him, Depa Billarba.

The Last Padawan showed her as unconventional, not agreeing with every ruling of the Jedi Council, and revealed Kanan as unsatisfied, questioning the basis of Jedi principles while also excelling at training despite his age. This takes place during the Clone Wars period, the Sith becoming ever bolder in their assaults. Weisman’s plot is less generic this time, dropping Kanan in the middle of a war where he learns lessons that’ll see him through life, earns comradeship and develops his practical skills. It’s a clever form of storytelling as in the previous volume we’ve already scene the finale of Kanan’s Clone Wars participation, and the fates of all who surround him, so adding a poignancy to what’s told. To spice things up, Weisman also throws in some villains known to Star Wars fans, and despite having disclosed the gist of events, he’s kept some surprises up his sleeve.

As First Blood is more attuned to the great battles for which Star Wars is known, the art of Pepe Larraz looks far better. There’s still an untidiness about his panel compositions, but they convey the thrill and rush of combat far better than they did the furtive missions of the previous book, indicating the rapid motion and confusion. Andrea Broccardo illustrates the finale, wrapping up the results of his present day activities on Kaller very satisfactorily.

This is a more enjoyable read than The Last Padawan, but wouldn’t be without the groundwork Weisman laid there, introducing characters and prompting sympathies. In isolation it wouldn’t have the depth. The Kanan books are better read together, and for that there’s the Kanan Omnibus. 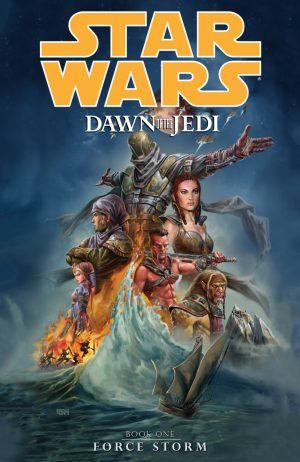