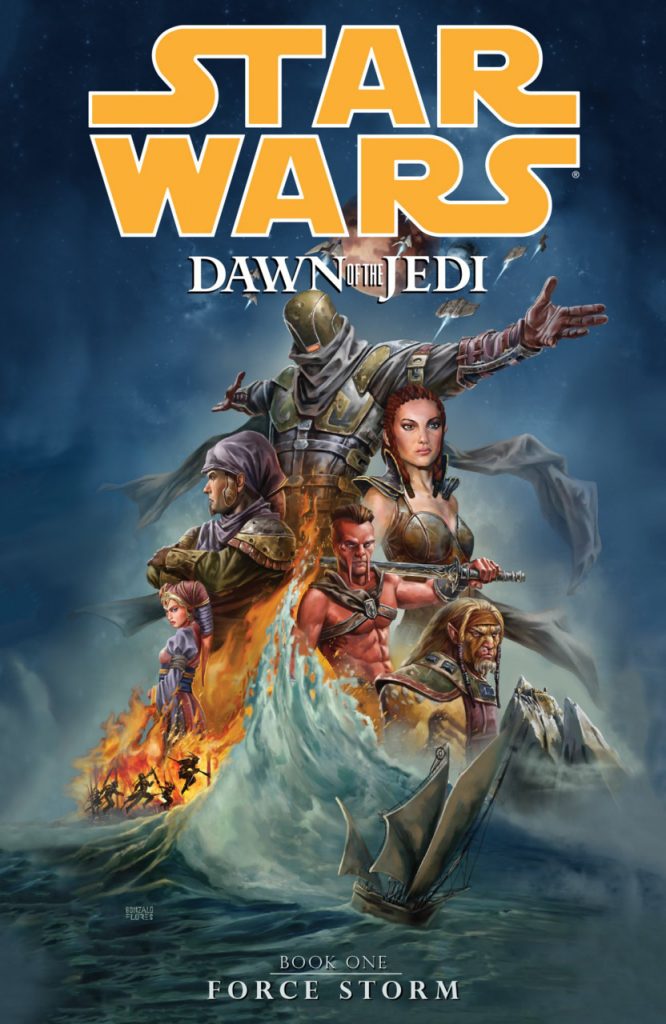 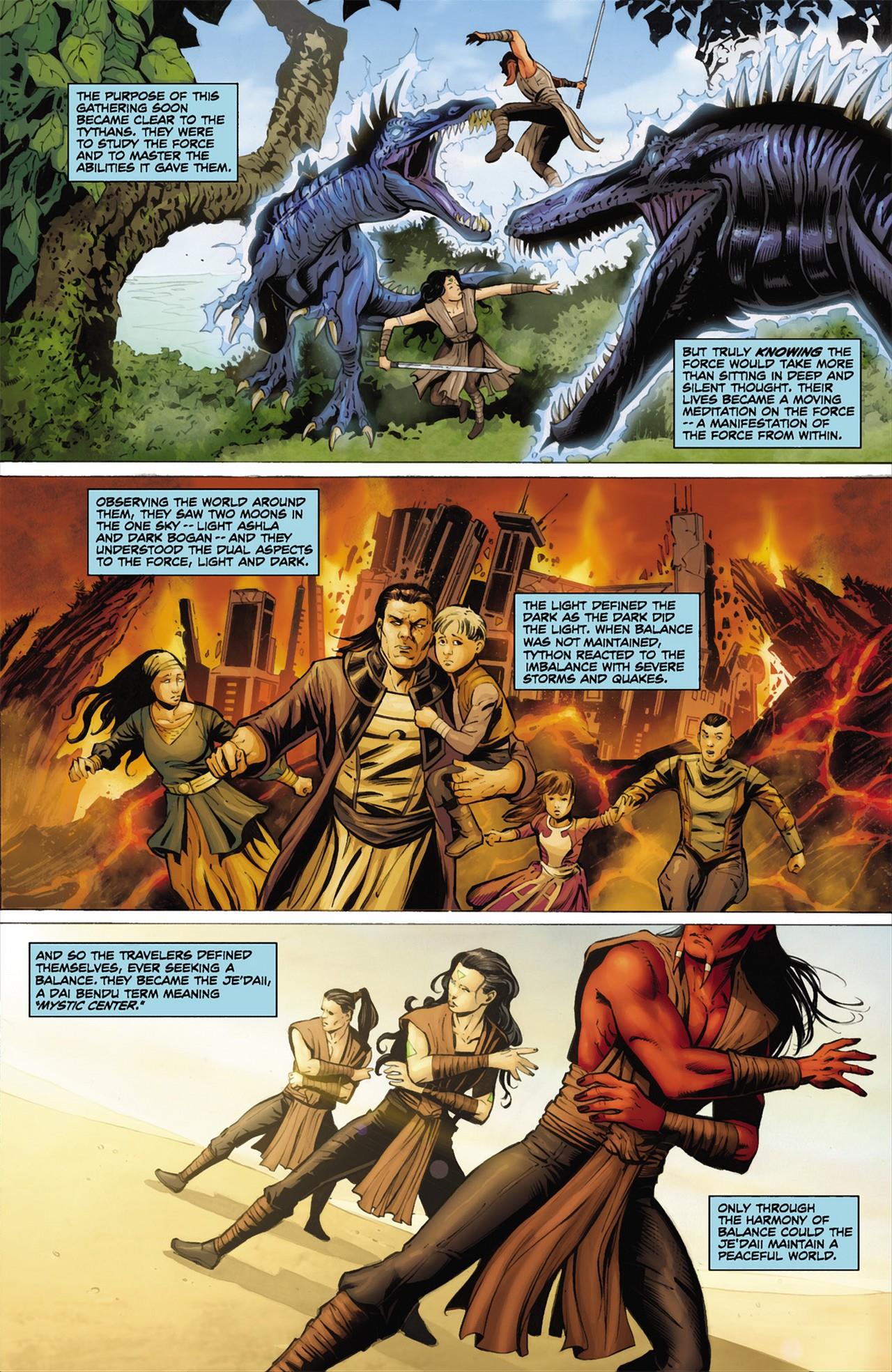 The Dawn of the Jedi, as the title suggests, is set in an era before hyper-space travel, before Jedi, and before Sith, but not before an ancient and mysterious force has been the subject of myth. Co-writers John Ostrander and Jan Duursema playfully begin their story “a long, long time ago on planets far, far away”, with mysterious pyramids known to the locals to be not of their world. These pyramids eventually gather samples of their populations, all of whom undertake training for enlightenment. The successful unite as a tribe called the Je’daii, attuned to the Force, and who spread around the galaxy settling disputes. Some, however, wouldn’t settle for a role of defender or peacekeeper, and sought power, and so the age-long struggle began.

A tricky narrative trap awaits from that point, and it’s not entirely sidestepped. The battle of Jedi against Sith is central to Star Wars mythology of all eras, but also repetitive, so in this era the Empire’s equivalent is the Rakatan Infinite Empire, while the Jedi are, as customary, more loosely aligned. The Rakatan leaders each employ force-sensitive ‘hounds’, beings able to track possible new sensitives, and either kill them before they can blossom or recruit them. The resulting confrontation is perhaps the best training six young Je’daii could have, against a relentless foe who’s a master of the Force and not inclined to give any quarter.

Ostrander and Duursema select their main cast from races known to Star Wars viewers, and Duursema’s art is excellent, lush and strong in building characters via visual emotion. A fair proportion of the relevant action occurs is during the storm of the title, and Duursema adapts this for superbly atmospheric pages.

Force Storm is the first part of a self-contained trilogy. The writers introduce a large cast, and not everyone appears to have a purpose in this opening book, but they do in the succeeding volumes. This is an ensemble piece, and everyone introduced here is at some stage required in a deftly balanced plot overall. Xesh may seem to be the pivotal character, but that’s partly because he’s required to introduce the scenario, which is further clarified in Prisoner of Bogan.

On its own, however, Force Storm appears a slightly missed opportunity. There is a tense action story that fits right into the Star Wars world, but a more interesting path than a variation on what we already know might have been to deal with the creators of the pyramids seen in the opening chapter. Who were they and who programmed the pyramids to instigate the teaching of paths through the force? It could be, of course, that this was declared out of bounds, this being the Dawn of the Jedi, not the Origin of the Force, but by so proactively raising the questions that they remain unanswered is disappointing. 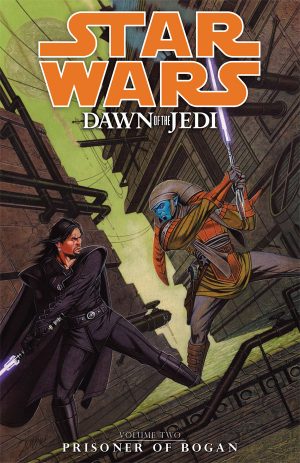 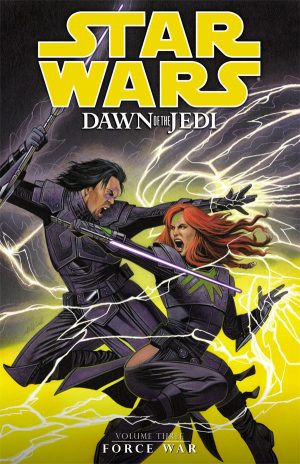