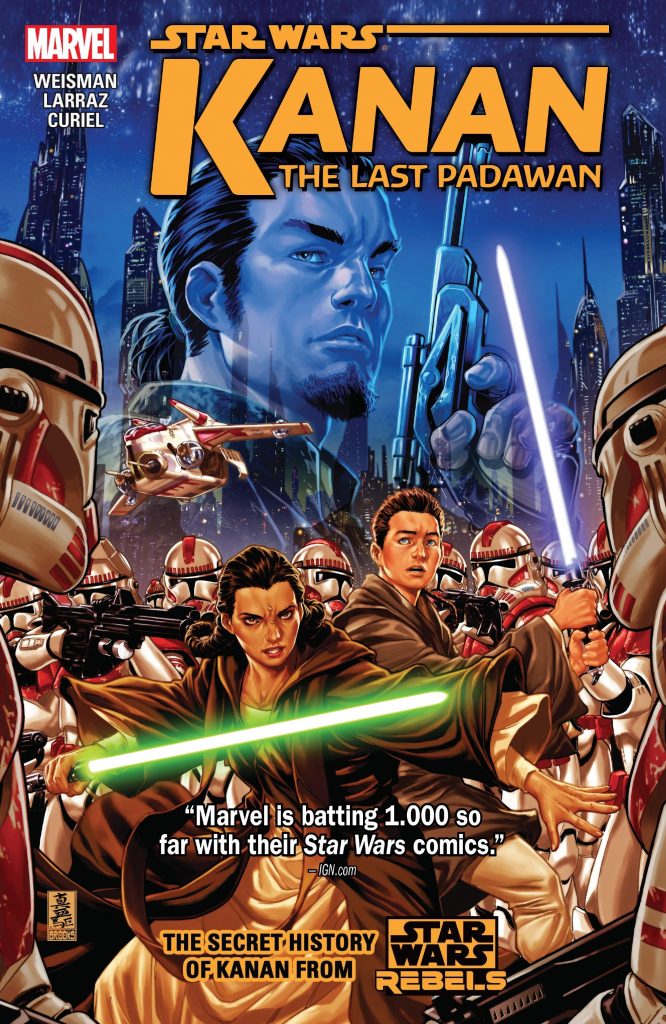 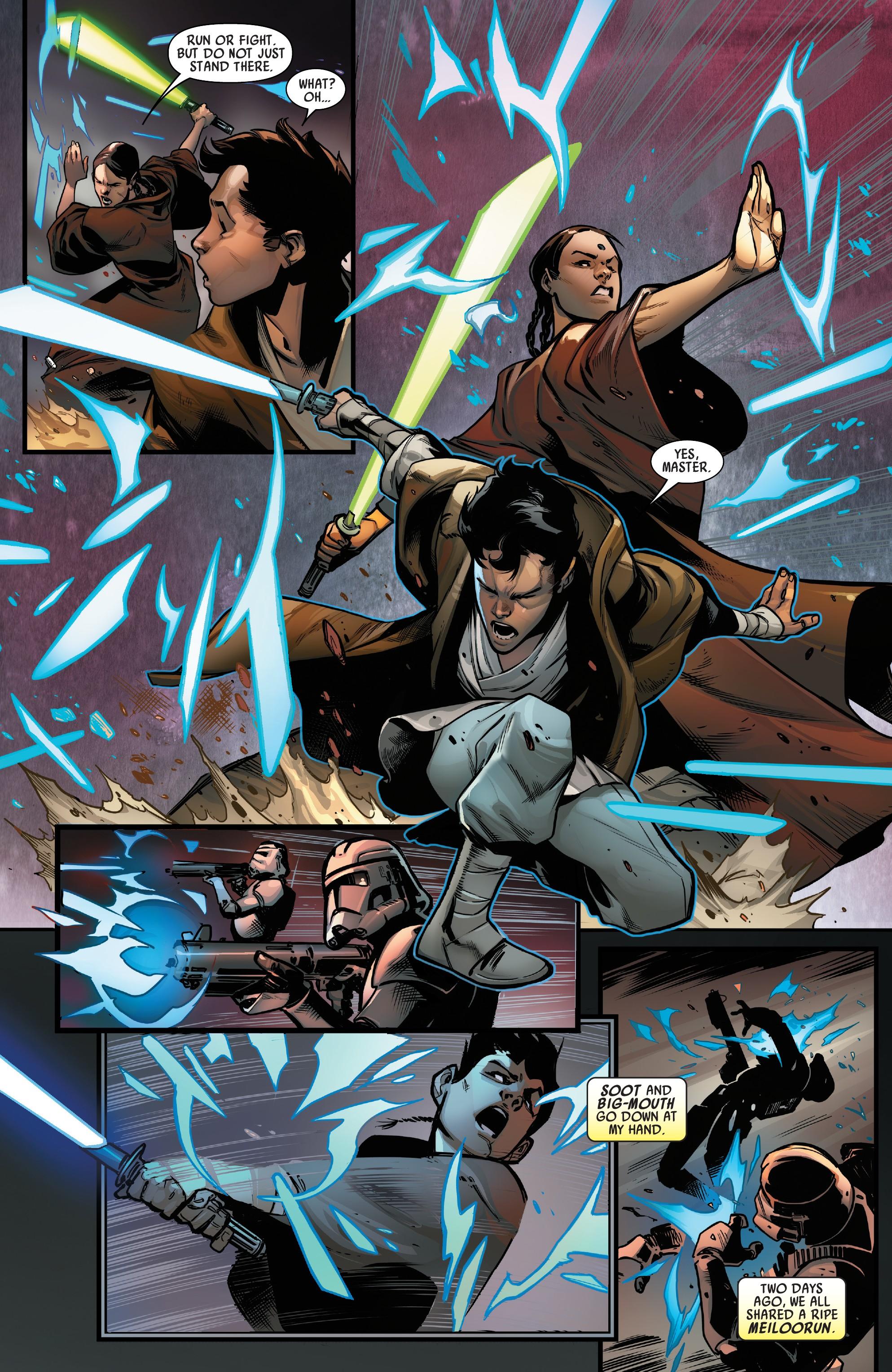 Kanan Jarras lives in dangerous times. He’s a one time Jedi trainee in the Empire era when Emperor Palpatine has driven all Jedi into hiding, and having fought in the Clone Wars as Caleb Dume, he has to reconcile what he learned then with the way the galaxy has evolved.

An opening page hints that the Kanan we’ll be following is that of the present day fighting insurgent on the Ghost as seen in Star Wars Rebels, but instead Greg Weisman immediately drops back to the past, when the young padawan questioned everything about his training and what he was told. Circumstances change rapidly when he arrives with Jedi Depa Billarba on the planet Kaller, and from the relatively comfortable existence he always questioned, he rapidly has to adapt to life on the run.

Pepe Larraz draws The Last Padawan as a halfway house between action art and cartooning, his characters striking dynamic poses with crackles of light all around them in battle scenes, always keeping the viewpoint tight, and so crowding his panels. Jacapo Camagni on the final chapter is better, going for the full 2-D animated style, and his layouts more imaginative, but it clashes with both the 3-D look of the TV show and what Larraz is drawing.

Weisman plots a main story that works, throwing in a few surprises, but one that never loses the feeling of covering old ground, of repeating material seen in other Star Wars series. Kanan isn’t too far removed from John Jackson Miller’s Old Republic era rebel Zayne Carrick, for instance, and both undertake a similar journey. Weisman’s limited to some degree by established continuity, but never really has his story fly. His epilogue’s better, with Kanan back on the planet he left fifteen years earlier, jumpy in case his mission is endangered by someone recognising him. There’s a cliffhanger ending to take us into First Blood in which much of the groundwork laid out here pays off.