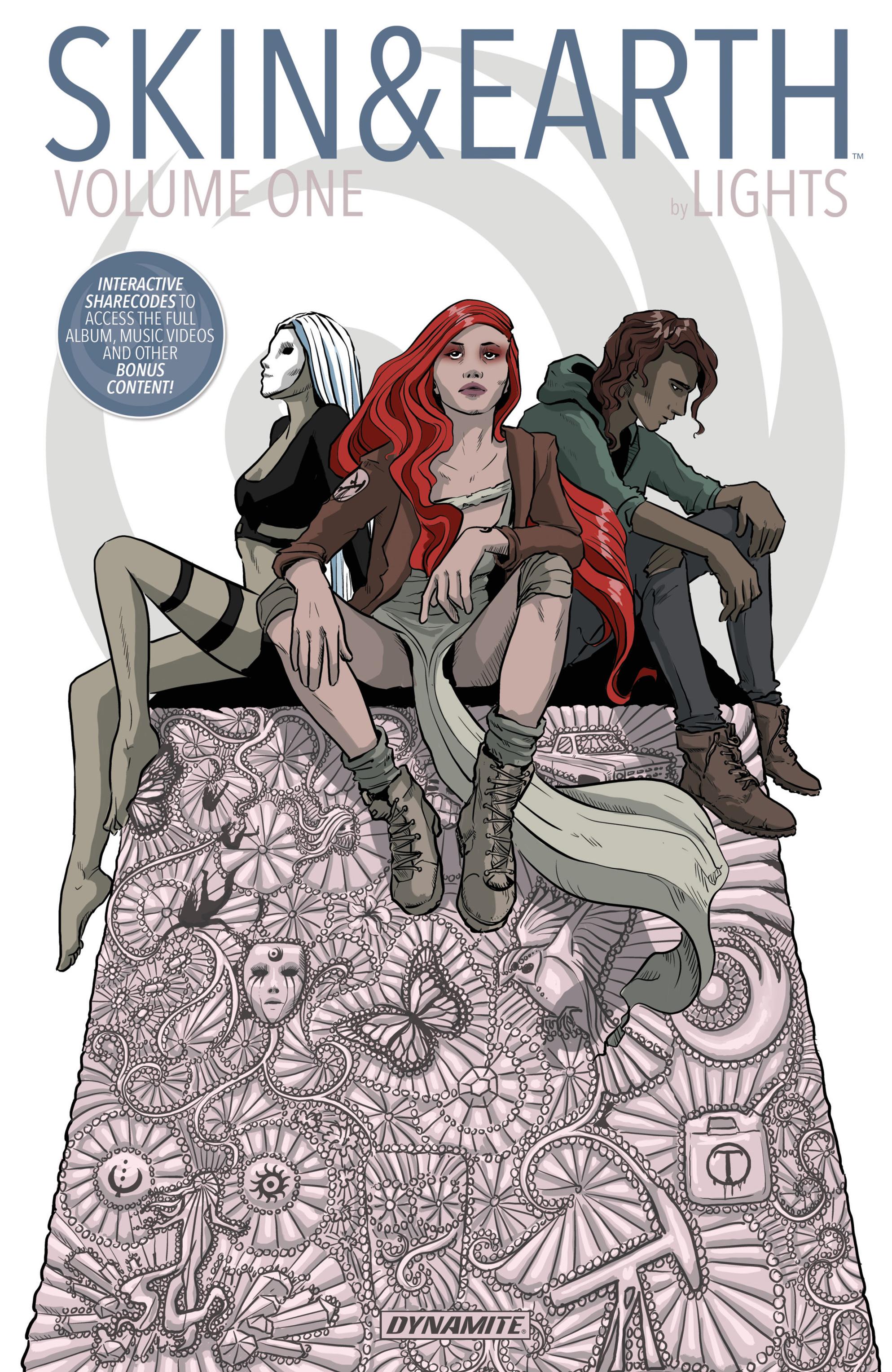 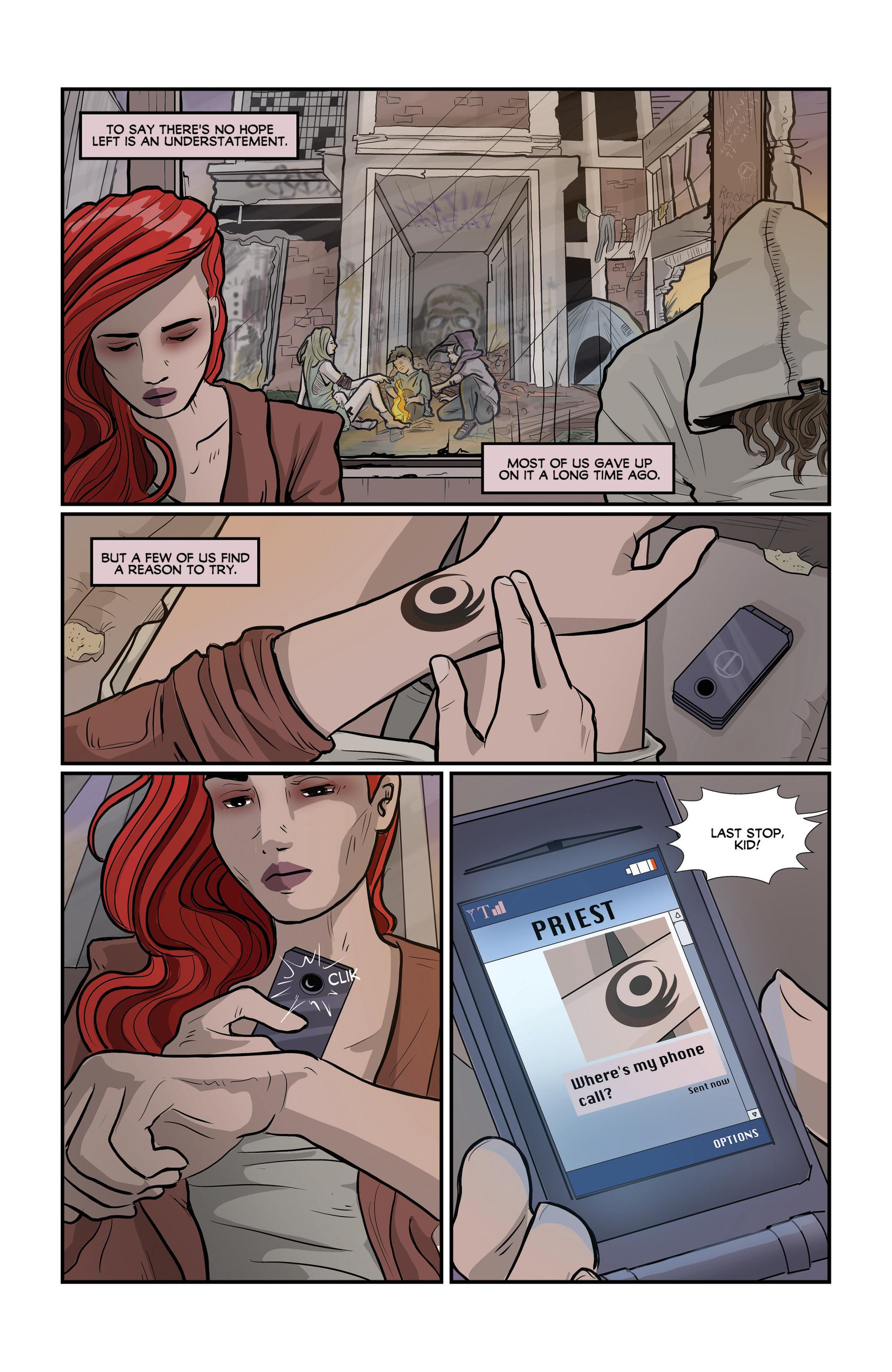 In the 21st century all too many celebrities have taken their wish fulfilment turn at a producing a comic, while dollar blinded companies trade on their names, despite the creative results rarely exceeding acceptable, and being dreadful at worst. It’s really pleasing to note that Canadian musician Lights isn’t just slumming with a vanity project. She can write a song, so she can write a graphic novel, but she’s also able to pace it, and draw it, not just functionally, but decoratively in a way that conveys emotion and personality, letting her creativity flow.

En lives in the relatively near future extrapolated on the authorities continuing to downplay the effects of global warming. Toxins pollute the air, and those with the money to avoid them care nothing for the suffering or discomfort of those who can’t, investing considerable money and effort in keeping them out, and there seems to be little hope for the future. The hope in En’s life is the mysterious Priest, with whom she hangs out once a week and who seems to be sympathetic and understanding, if mysterious and definitely holding something back.

Lights notes in the introduction that she’s invested a fair bit of her own personality in En, but that’s often the case for lead characters who have nowhere near the depth of personality En has. She’s a surprisingly complex dreamer who has an unwavering faith in a better future, but that optimism leaves her open to exploitation and while Lights has invested in En, that doesn’t mean she’s unduly sentimental which would be to her story’s detriment. What begins as a dystopian fable shifts tone to become something else, a different type of fantasy, and En’s personality is integral to the very neat way the story morphs and plays out. Inexplicable behaviour early on has a significance and so does much else that Lights has slipped in along the way, deceiving us all the time, just as En has been deceived. The final chapters thread one revelation after another, and by the end there’s a feeling of tapping into some primal mythology. It’s very impressive.

If that’s the case for the writing, what about the art? Well, Lights is a natural. The basic technique is good, the figures are good, the storytelling is good, and the limited use of colour is good. Skin & Earth requires building several distinct environments, each being complete and credible, and she avoids the trap of over-exaggeration. Everything is very assured.

Each chapter coincides with a song on the corresponding Skin & Earth album, a well reviewed collection of friendly pop hooks, but that’s more in the way of bonus material. Of course Lights wants you to buy her music, but this stands proudly separate if you want it to.

Should the gold albums ever dry up, Lights could do worse than produce more graphic novels. This is marked Volume One after all. 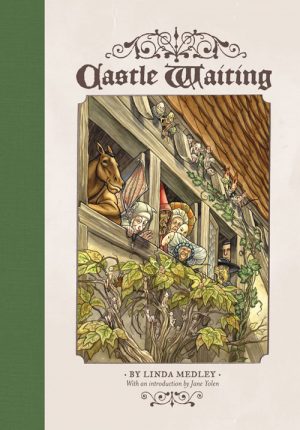