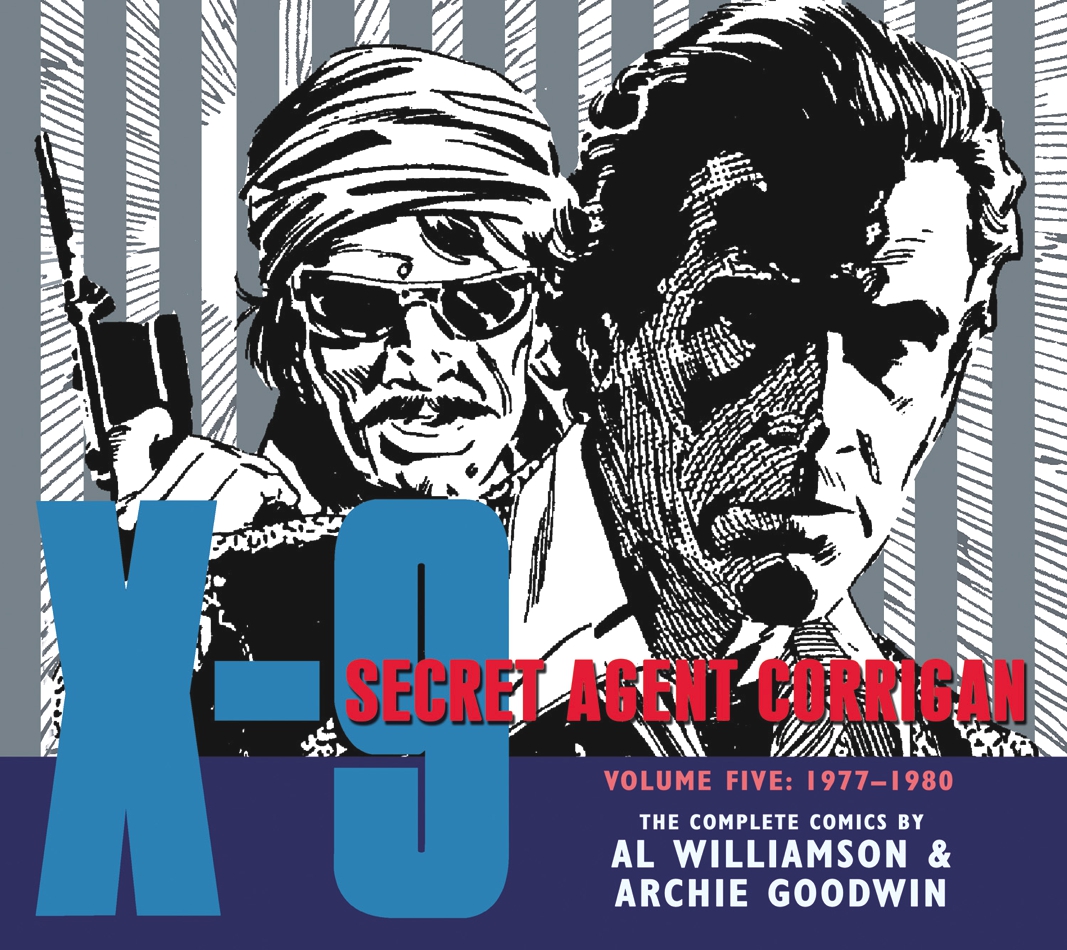 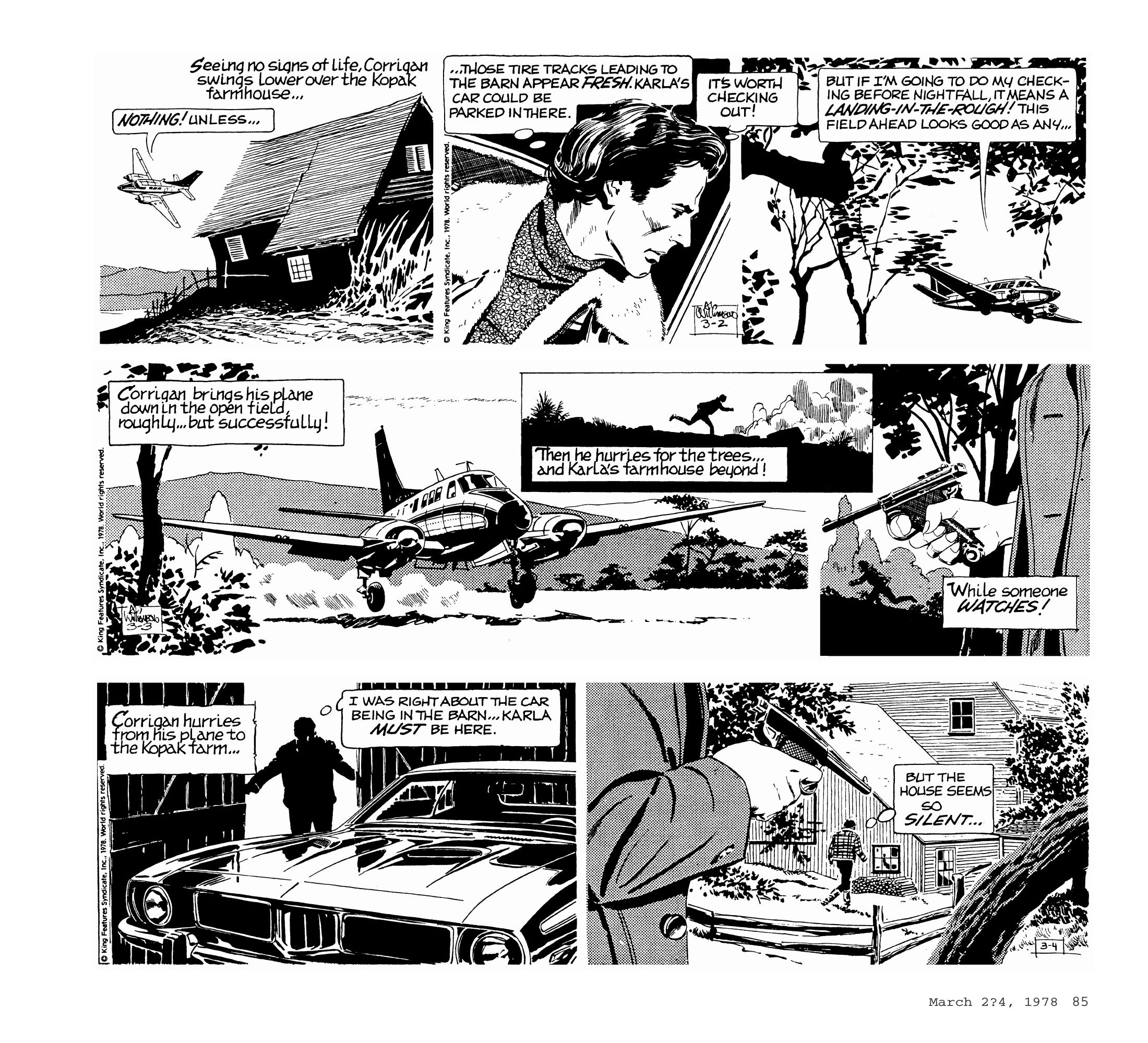 This final collection of Archie Goodwin and Al Williamson’s work on Secret Agent Corrigan picks up in mid-1977 and runs until early 1980. It’s the by now usual selection of what appears effortlessly elegant art, accompanied by stories that astonish with their sheer variety of approach, while always providing suspense. Having increasingly dabbled in the waters of the fantastic over the previous two volumes, Goodwin here takes the full plunge with a space war scenario.

If you’re a purist about Secret Agent Corrigan conforming without deviation to the strictures of the action thrillers and mysteries of the strip’s history then this completely different style of adventure may not be to your taste. It does in one sense follow the established formula in relying on Corrigan’s adaptability and quick wits to disengage from a potential disaster. Anyone happy to go where Goodwin and Williamson lead will discover the usual quality work, just with a science fiction theme. It’s not the only divergence from formula. A trip to the Middle East has Corrigan accompanied not by the expected attractive woman, but by a comedy relief giant of a man whose familiarity with English comes from American gangster movies. This is more Indiana Jones than usual, as the desert scenery, possibly the work of George Evans, looks great. Williamson’s regular assistant Carlos Garzon and Gray Morrow also contribute art.

The opening tale merges a tragic heiress, a company she owns targeted by robberies displaying insider knowledge, and a trio of criminals. The seasoned mystery reader will assume they’ve figured everything out, but they haven’t. Goodwin’s just been leading everyone a merry dance. That, however, isn’t the most exiting plot, which originally ran from late 1978. Unknown to them, among the people a terrorist group is holding for ransom is someone with vital information about spies within the US government. Into that Goodwin weaves an impregnable base, an obnoxious American agent and more dangers and traps than usual. The location enables Williamson to shine via lush scenery, wildlife and distinctive cast members, and the ultra modern technology of the period. If you wanted one strip from Goodwin and Williamson’s run to exemplify everything that’s good about the creators and the strip, this is the one.

Other stories involve a statue that attracts killers, infiltration of a secret organisation with political influence, and an Arctic adventure pitting Corrigan against his old adversary Doctor Seven. Whenever he appears it’s Goodwin moving the action back into James Bond territory, and on this occasion he effectively uses the villain’s master plan to contribute to his downfall. The final strip here is as sentimental as the creators became, reuniting Corrigan with the two other characters they most used during their run, and Tom Yeates’ introduction notes his contribution to this finale.

Goodwin and Williamson moved to Star Wars, and George Evans took over both the writing and the art for Secret Agent Corrigan, the start of his sixteen year tenure reprinted in volume six. 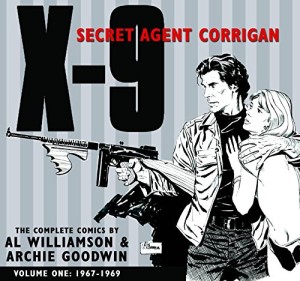 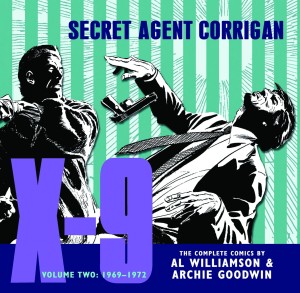 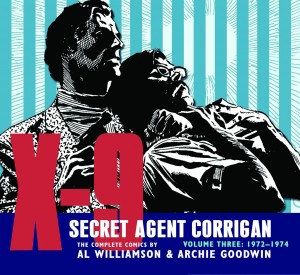 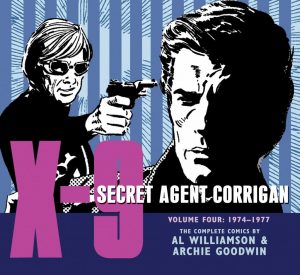