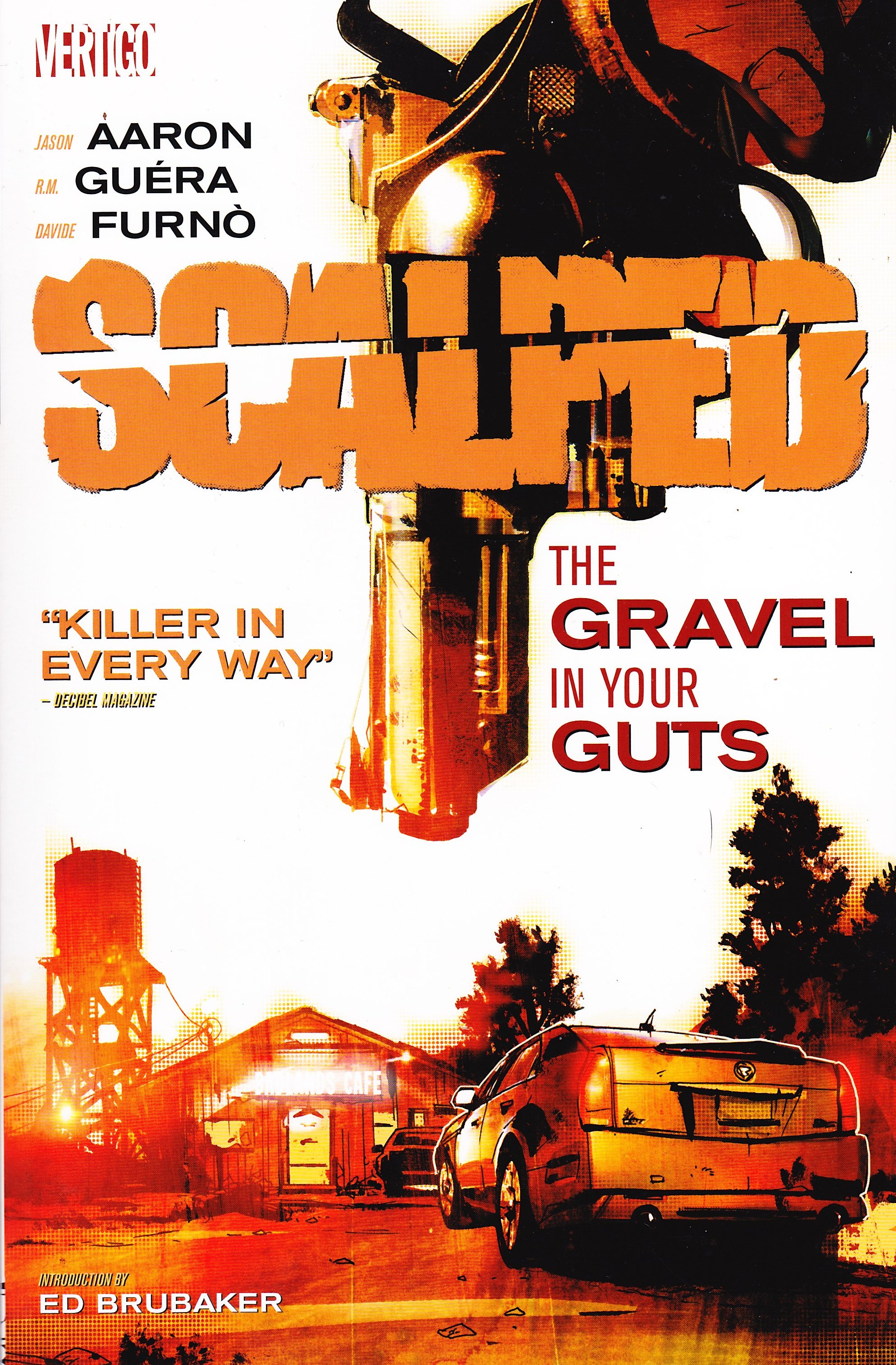 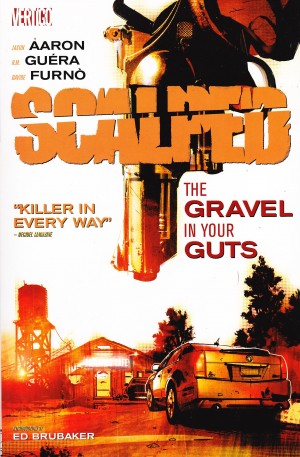 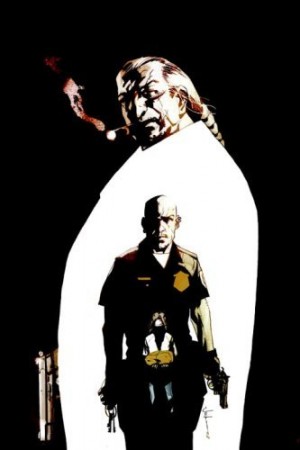 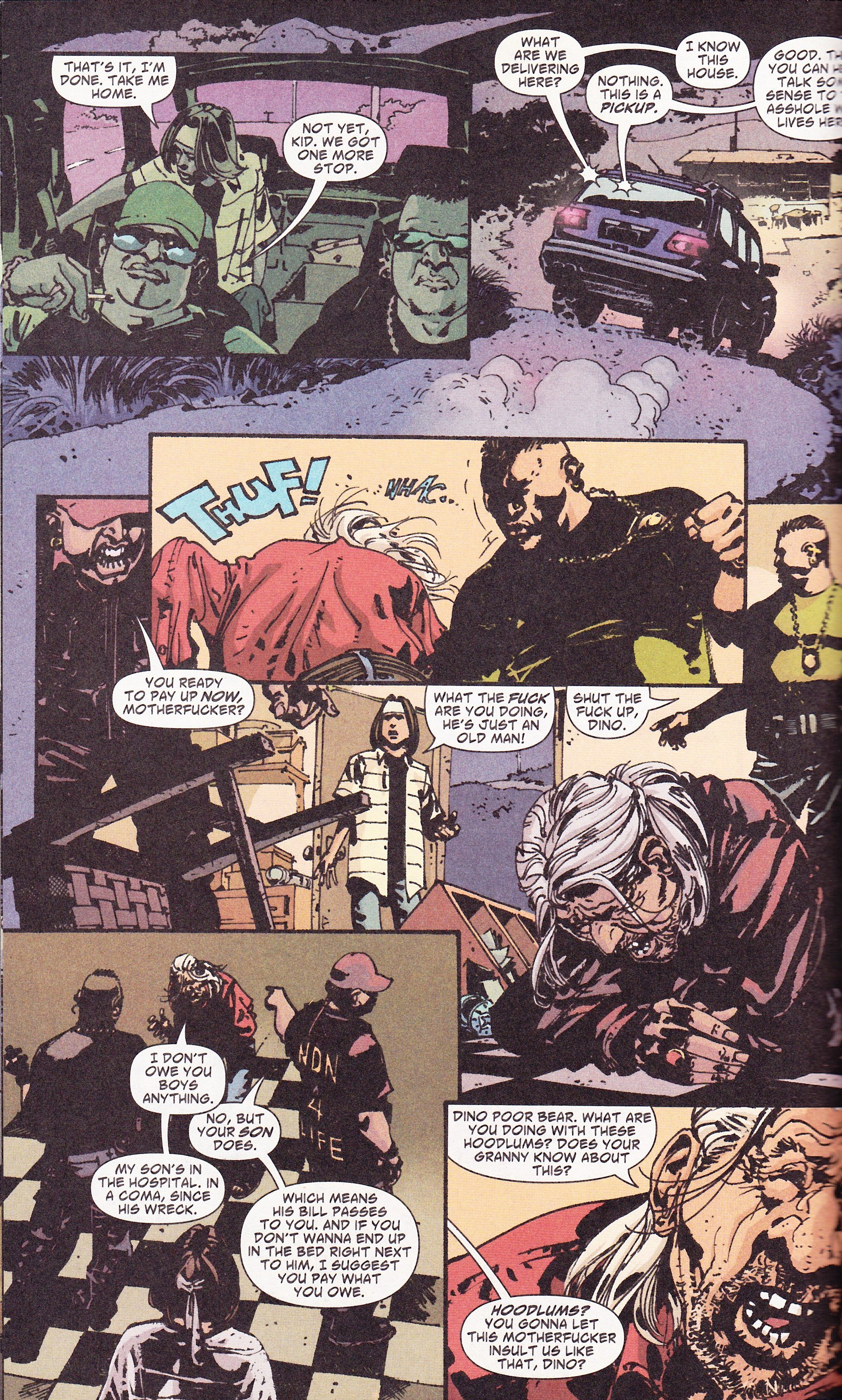 Scalped is noir through and through. The demise of Jason Aaron’s characters is inevitable. Noir master Ed Brubaker says this in his intro: “To me that is the heart of what noir is, inevitability. Noir is the entropy to society’s order, the inevitable decay of us all.” Reading Scalped is watching the slow decay of a man, of a woman, of a nation right in front of you. You’re captivated by their tragic decline but powerless to do anything about it. Dashiell Bad Horse, Lincoln Red Crow, Carol and others have the power to affect change but they don’t use it. You cheer them on to succeed, yet perversely watch as they descend into rot.

The Prairie Rose Indian Reservation is the designated homeland of the Oglala Sioux. Its people struggle to rediscover their identity, embracing the new yet holding to the old ways. Lincoln Red Crow runs the crime and the Crazy Horse Casino, and his history with FBI Agent Nitz has provoked a bitter enmity lasting years. To take Red Crow down, Nitz has recruited Prairie Rose’s prodigal son Dashiell “Dash” Bad Horse (see Indian Country). Dash hates the Rez and the pressure of being undercover, and personal events are taking their toll on him. He has found sexual refuge with Carol, Red Crow’s estranged daughter, yet her path is as dark as his, her bad habits rubbing off on Dash in the worst way. ‘Boudoir Stomp’ studies this relationship, flashbacks explaining Carol’s enmity with her father. It’s illustrated by Davide Furnò with a slightly more polished appearance that hampers the story a little, not being quite gritty enough. Where it is superb is capturing tender moments. Hope and love could blossom, but things are left unsaid. It’s well scripted by Aaron, Furnò’s art nailing the slow decay by agony and grief.

Title story ‘The Gravel in Your Guts’ focuses more on Dino Poor Bear. Introduced over the last three volumes, he’s a young man trying to make a better life for himself and his daughter. He takes a job at the Crazy Horse Casino, a project that Red Crow has built with the help of Asian crime family the Hmong. They’ve sent the psychopathic Mr Brass to ensure things run smoothly, but instead things are escalating beyond control. Brass is getting carried away and Red Crow has to deal with it. Complicating matters, shaman Granny Poor Bear sets him a challenge: perform an ancient funeral rite. Do it well and find redemption. Fail and he dooms not only his soul but Gina Bad Horse’s too.

R.M. Guéra’s art is ideal for the hard and brutal action. Shadows dominate as life falls apart and violence escalates. It’s graphic, and desperation permeates Red Crow and Dino, and there isn’t a more sadistic little bastard than the terrifying Mr Brass. Aaron fires on all cylinders, his use of flashback proving a powerful mood enhancer. Angst, desperation, pain, anger and wrath infuse the pages, Aaron making you feel and taste it. It’s powerful storytelling that hasn’t lost any of its oomph a decade on.

Scalped continues with a look at some of the other characters in the fifth volume, High Lonesome. The Gravel In Your Guts is also found in the Scalped Deluxe Edition Book 2. 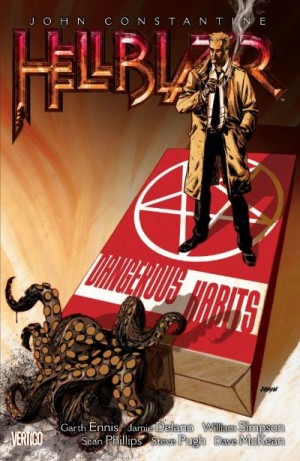 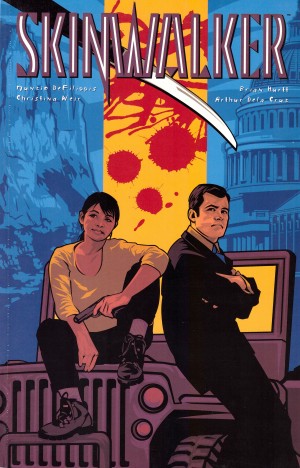 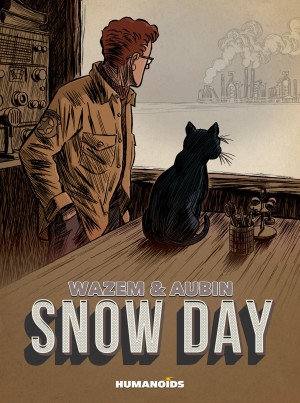