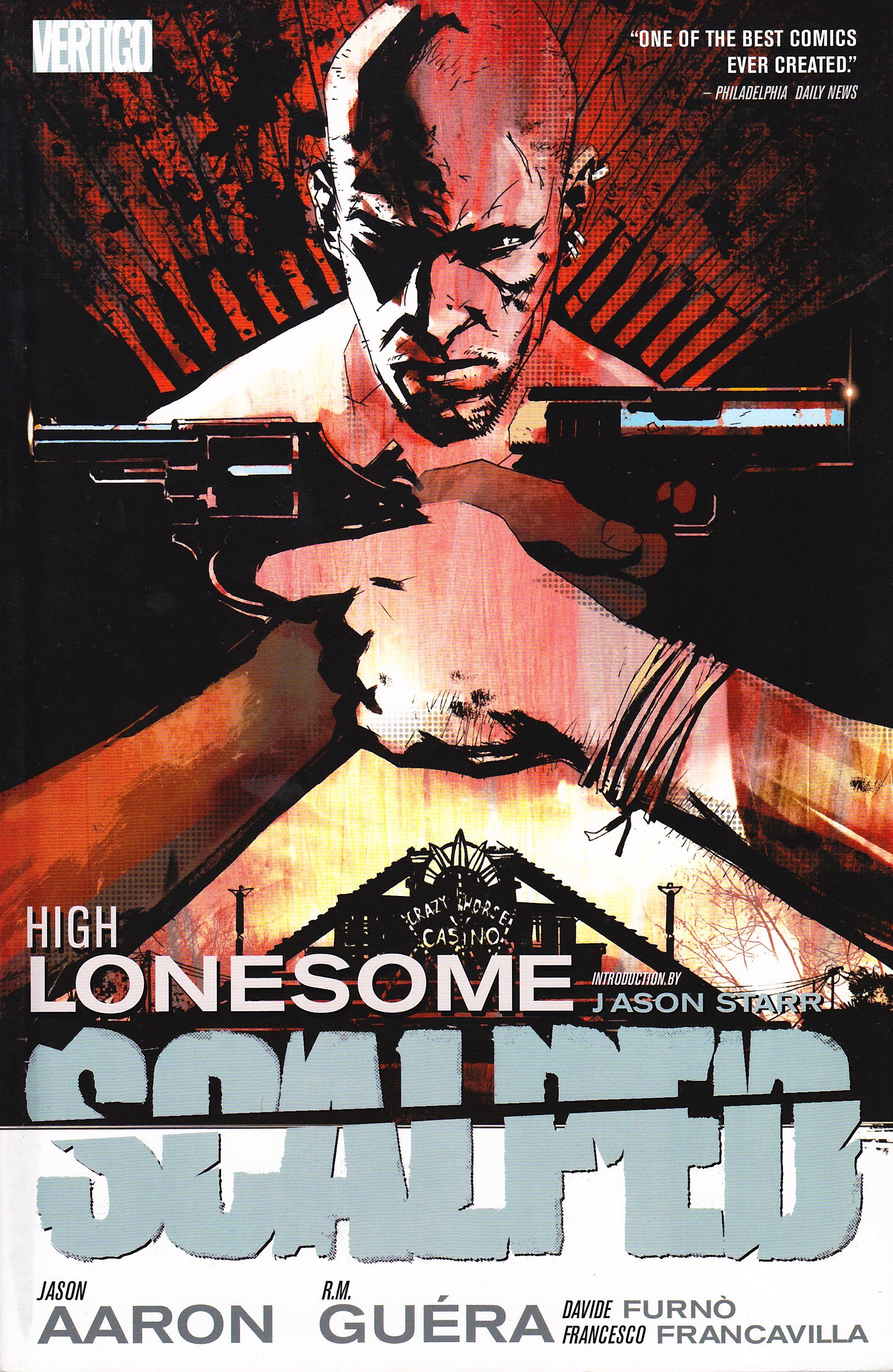 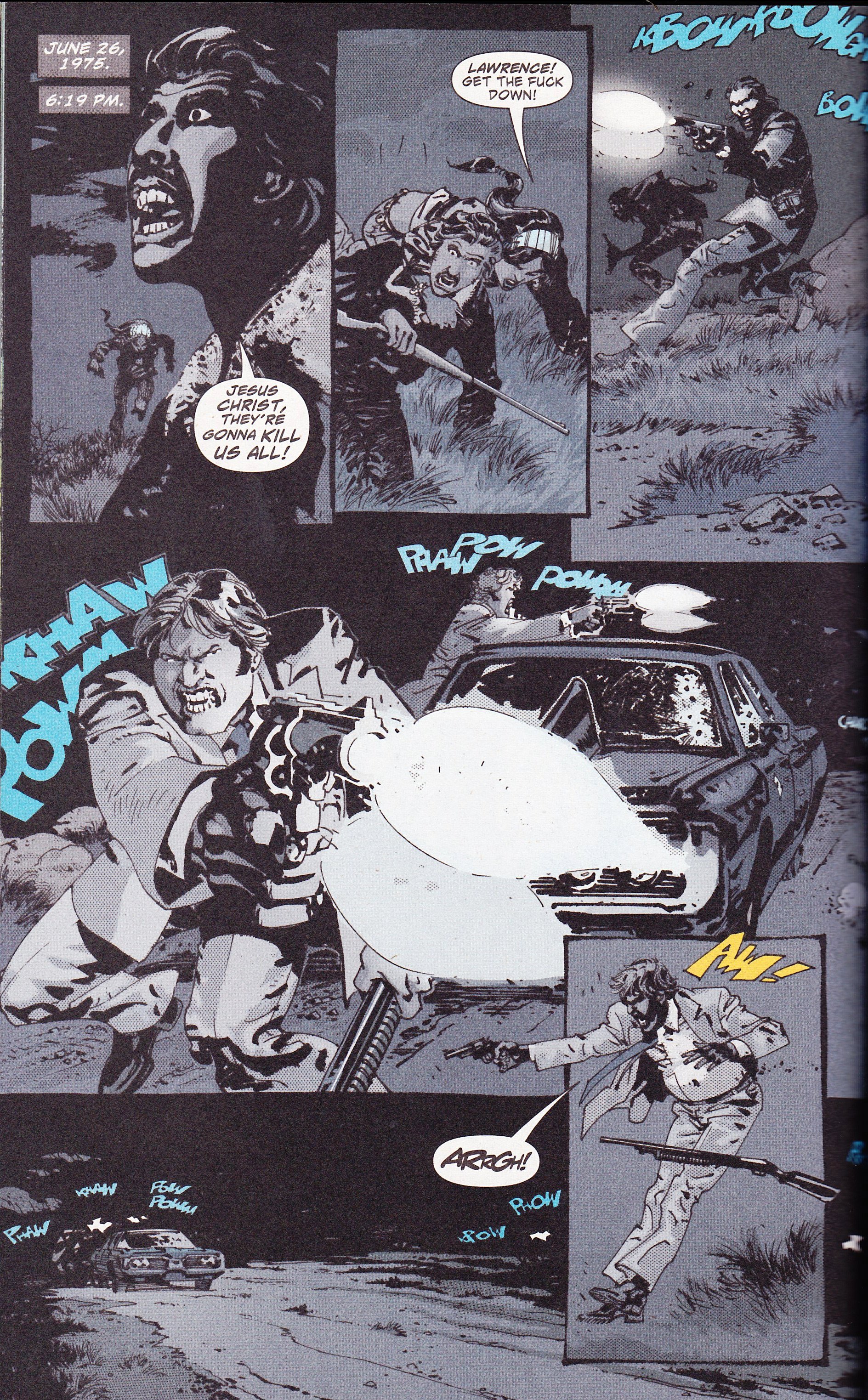 High Lonesome is a little different from previous books in the Scalped series. Comprising five interconnected short stories, Jason Aaron looks at characters new or little explored against the background of a planned heist. Dashiel “Dash” Bad Horse is in bad shape, barely holding it together. When he walks into the Crazy Horse Casino a mysterious hustler recognises him. They’ve met before and he knows who and what Dash is. To stop him from blowing his cover, Dash has to help him pull off a robbery. The target is the Crazy Horse Casino. The owner is the Dash’s boss, the brutal and unforgiving Red Crow.

Three artists work on High Lonesome. Series regular R.M. Guéra has yet to falter, his gritty and graphic illustrations being a perfect match for the tone of the scripts, and it proves no different here. ‘This Then is the Rez’ opens with a brilliant history of the Lakota Sioux, short but very powerful. Guéra’s rendering of Custer’s Last Stand is bold, violent and memorable. Back in the present day the cons performed by our mysterious hustler are awe inspiring, a real darkness lurking underneath. Likewise Guéra excels on ‘I’ll Never Get Out of This World Alive’, Officer Falls Down investigating a murder amidst a swirl of anger and growing hopelessness. In ‘Rock Bottom, Pop.1’ Dash’s physical state is visible, the violence that ensues visceral and well drawn.

Aaron takes another look at Britt “Diesel Engine” Fillenworth, a rogue element last seen in Dead Mothers. Regular stand-in artist Davide Furnò returns on ‘Been Down So Long That It Looks Like Up To Me’. Disappointingly it isn’t anywhere near his best work on Scalped, looking like filler pages. Aaron’s writing is pretty darn good, but  the art fails to capture the mood. Furnò redeems himself with childhood scenes, capturing innocence lost so beautifully and it almost makes up for the inconsistency. Aaron finally lets us in to why FBI Agent Nitz is obsessed with taking down crime boss Red Crow as Francesco Francavilla brings an old school pulp feeling to ‘The Ballad of Baylor Earl Nitz’. It really helps breed a deeper dislike for Nitz, up to now only seen briefly. For the settings the style works well but lacks the emotional heft Guéra brings to the series.

Jason Aaron’s writing is the real winner here, weaving clever twists, his characters varyingly despicable or appealing. The scenario is clever, a strong Western Noir sense to it, especially in the clever gunfights. It’s a pity that High Lonesome is let down by artwork that isn’t poor per se, just below the usual standard. It’s still good, with some great character explorations, teasing us with revelations we have been pondering on since it all started in Indian Country. Miss this and you’ll still miss out.

High Lonesome is also found in Scalped Deluxe Edition Book 3 with the ominously titled The Gnawing. 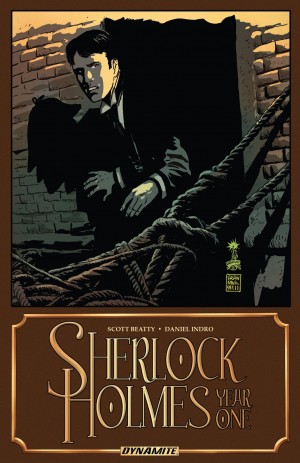