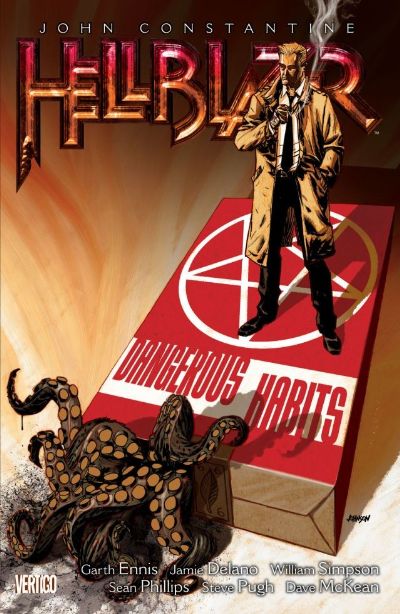 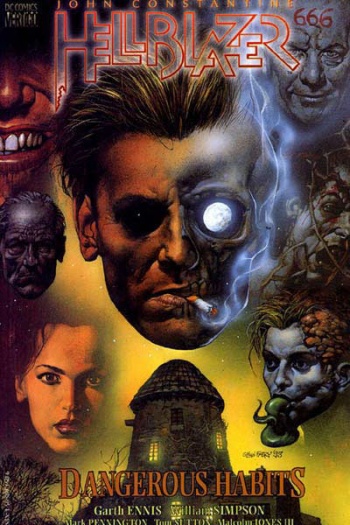 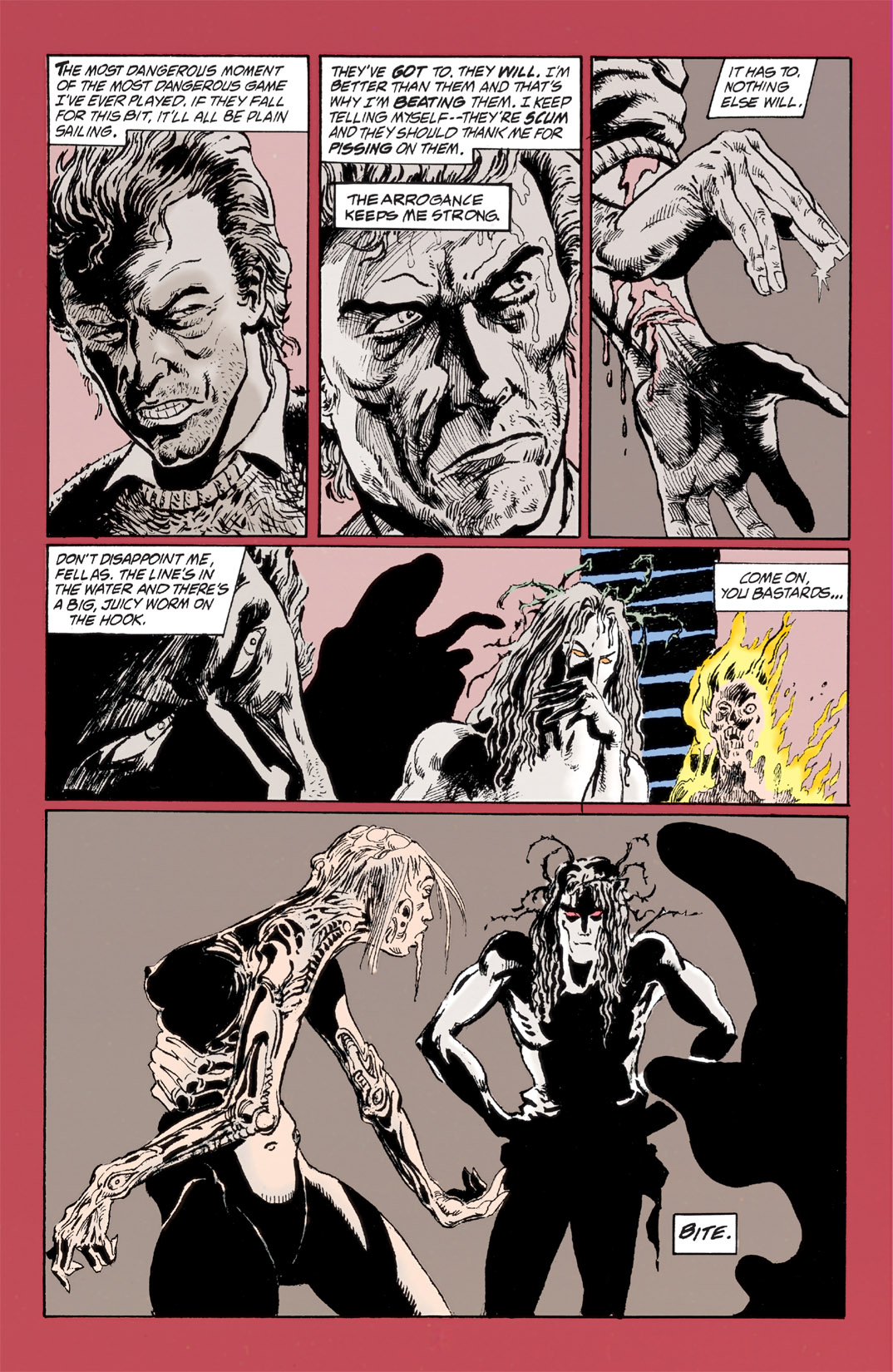 Dangerous Habits was Garth Ennis introductory run on Hellblazer, later inspiring the film Constantine (2005). It opens on occult detective John Constantine learning he has terminal lung cancer, a diagnosis that leads to desperate attempts to find a cure and making deals with the Lords of Hell. It introduced some grand characters and the crazily imaginative plot devices that would be a major feature right until the end of Ennis’s run, and also become solidly entrenched in Hellblazer lore.

Rather than depend on Jamie Delano’s previous storylines, Ennis forged his own way and introduced his own characters. Brendan Finn, Kit Ryan, Ellie the Succubus, the First of the Fallen and the Lords of Hell arrive early, with more to follow. Delano expressed his political views through his writing and Ennis would continue the tradition by adding his very strong religious opinions into the mix. Song lyrics and poetic quotes feature frequently, adding a more personal dimension. Both Ennis and collaborator Will Simpson had cut their teeth at 2000AD, giving Dangerous Habits a distinctive feel. Low on colour, high on edgy themes, reflecting the British political and social zeitgeist of the time with large smearings of treacle black humour, it has and anarchic spirit more akin to the Judge Dredd titles both had worked on. It adds a whole new dimension to Hellblazer, something not immediately apparent on first publication, but more obvious when compared with the Delano material this new edition collects alongside the previously solo Dangerous Habits.

In 2011 Vertigo began reprinting Hellblazer in numbered volumes in the correct chronological order, collecting issues and short stories previously excluded from trade publication. Among the casualties were the last seven issues of Jamie Delano’s run, collectively known as ‘The Golden Child’. While it isn’t the most cohesive story (more short stories with a connected plot), it features some brilliant artwork including some dazzling work from a young Sean Phillips, three creepy as all hell offerings by Steve Pugh, and Dave McKean’s masterful use of grey-tone with little splashes of colour. It is perhaps not the best of Delano’s writing, bar the two-part ‘Man’s Work’ and ‘Boy’s Games’, as it is mystically complex, refers to events in The Fear Machine (two books earlier), and flashes back and forth between real-time and hypothetical futures.

The wisdom of including Delano with Ennis is questionable. On one hand the writing styles clash and compared to the artistic endeavours of Delano’s collaborators, Simpson’s work appears very out of place. On the other hand, it highlights how confident a writer Ennis is to start practically from scratch with a character who began life with Alan Moore no less, and had an already considerable reputation with Delano. It also shows that American readers were ready for a new artistic style. Simpson may not have used great swathes of colour but he has a synergy of  the highly detailed working with the relatively simple. It hasn’t aged as well as Phillips’ or Pugh’s work but it does still have a classic elegance.

Dangerous Habits is something unique, characters and inter-personal relationships the focus rather than epic battles with demons. Whether Constantine’s making plans to foil the devil or just sitting with a cup of tea, the story keeps you captivated and that’s what all good stories should do.

More of Ennis’s run is collected in the sixth Hellblazer volume, Bloodlines. 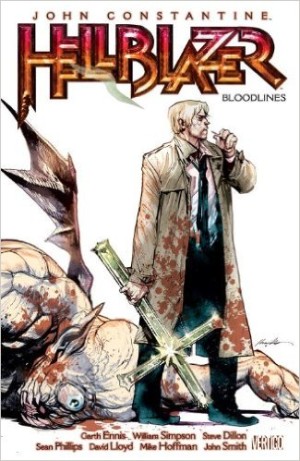