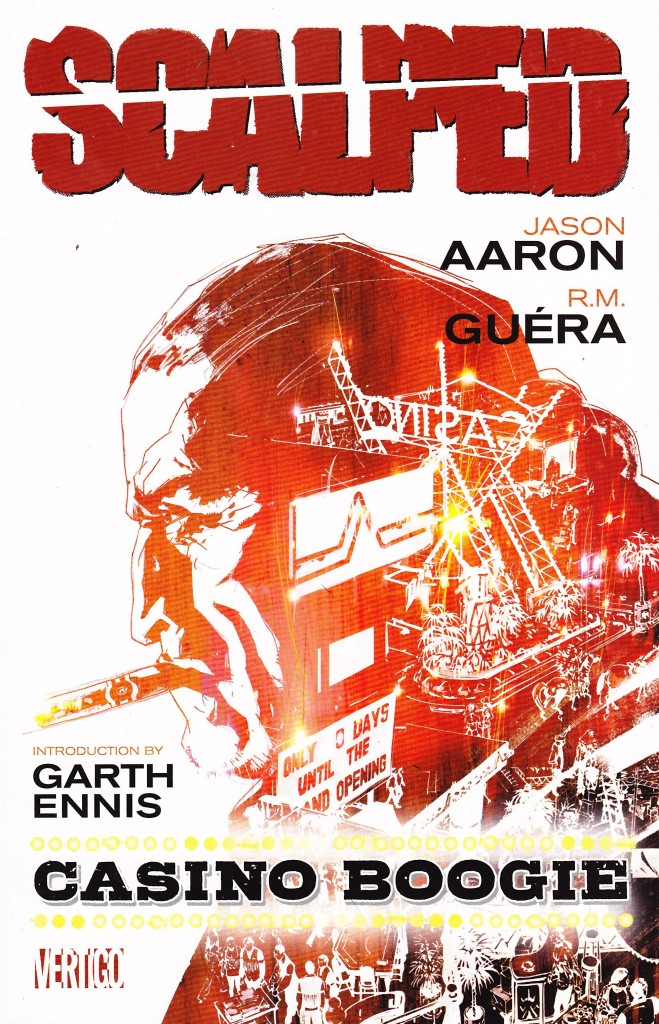 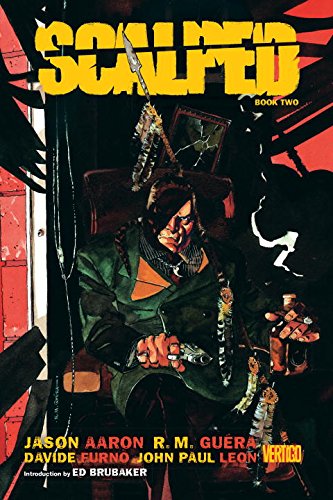 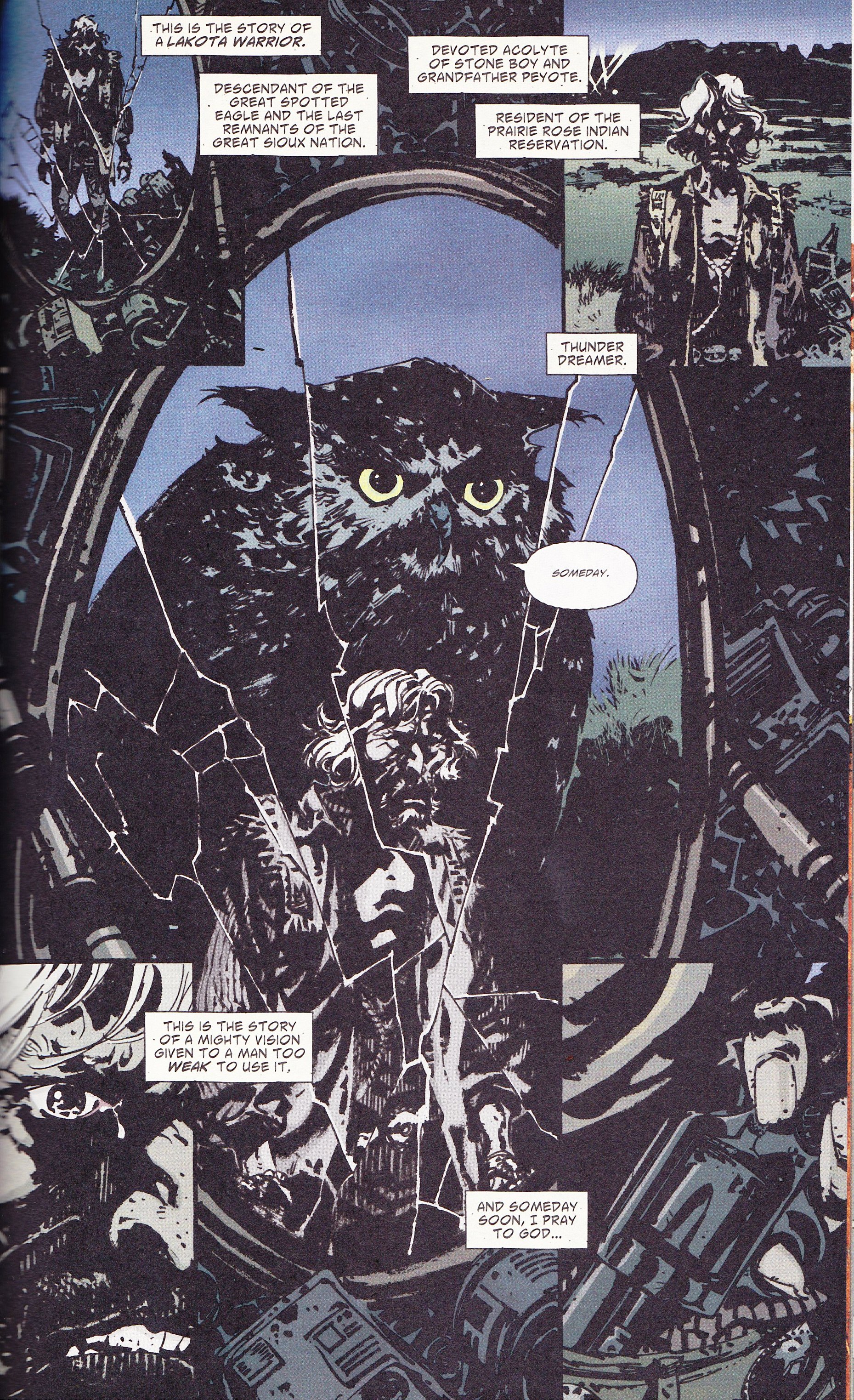 Writer Jason Aaron set the entire foundation for Scalped early on in Indian Country, with Casino Boogie and every other volume after building on events.

It’s the opening night of the Crazy Horse Casino. Dashiell Bad Horse ponders his return to Prairie Rose and his connection to FBI Agent Nitz. Dino Poor Bear wants a better life for his daughter. Gina Bad Horse wants to see an innocent man set free. Diesel Engine endures insults for not being pure Sioux, and wants acceptance, to prove he is a brave worth fearing. The drunken scholar Catcher is on a mission from the Thunder Beings. Lincoln Red Crow has done what it takes to be the boss, now he must face his sins. This is life and death on the “Rez”.

Scalped is being developed for TV and the bar is set very high. Is it even possible to match the same intensity on the small screen? Aaron’s like a poker player, only ever revealing his hand a bit at a time. He lets you think you know what’s happening only to reveal something else. Everything and everyone is connected somehow, Aaron painstakingly drawing connections between his cast. Casino Boogie is drenched in misery yet Aaron excels at capturing fleeting glimmers of hope. Like fireflies in a bottle – sometimes it is released, sometimes it dies.  Characters come alive on the page, weaved into a saga of life and death. Some situations are of their own making. Others are a result of abysmal policies enforced on Native Americans by church and state. It’s well researched and told even better. Thought provoking with an edge of mysticism, this is crime noir but not because it follows the rules. It’s noir because Aaron takes the true reality of everyday life on the Rez and portrays it guts and all. Criss-crossing back and forth over time Aaron draws it all together. It’s brutal and tense, imaginative and realistic in equal proportions.

Artist R.M Guéra continues his great work from Indian Country. Garth Ennis calls the style “dry-as-dirt” and Guéra captures the barren and harsh terrain well. It’s like the dust falls off the page, interiors making up in edgy violence and despair what they lack in dust. It is intrigue and revelation from start to finish.

It’s a rare thing for a series to develop so rapidly and not lose pace soon after. Fortunately that’s still a long way off. Casino Boogie is also found in the Scalped Deluxe Edition Book 1. The story continues in Dead Mothers.