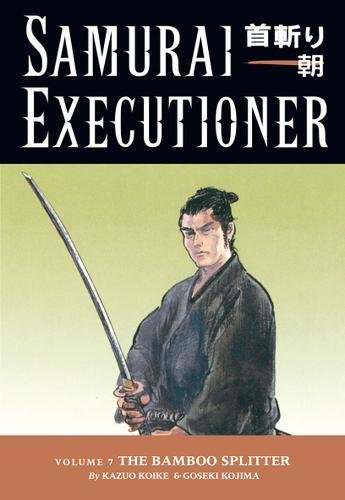 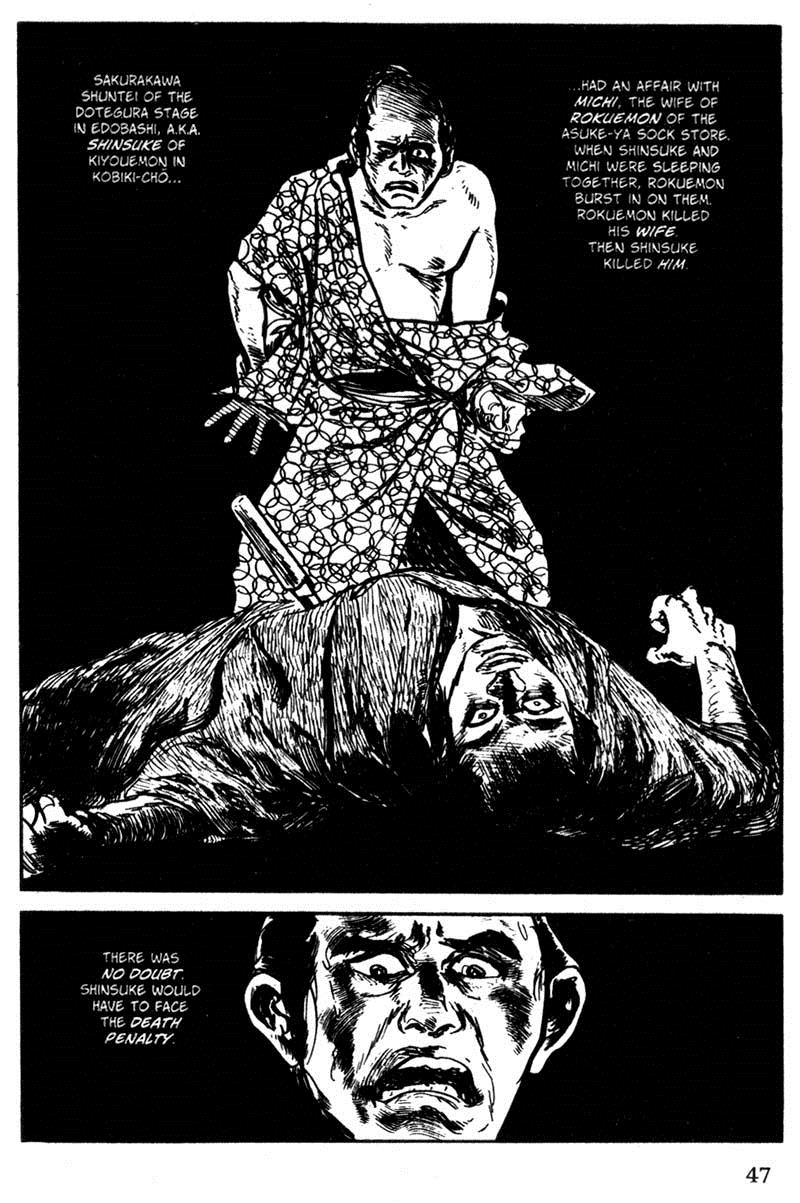 The series may be titled Samurai Executioner, but Kazuo Koike spreads his net far wider than that, exploring the entire community if that’s where the story take him, and often only featuring Yamada Asaemon in a cameo role. In other tales Yamada is central, his compassion leading him to spend the night (in a pure sense) with an unhinged woman convinced she can work magic and will avoid execution. The heart of this collection, however, is contrast, explored in many different ways.

It’s readily apparent in the art of Goseki Kojima, whose great strength is his intimacy with light and shade. Whenever an evil deed is committed Kojima slathers on the black ink to reflect the darkness of the act. An early example is a sequence of a copulating couple being murdered. It’s appropriate to a simple but well told story accentuating contrast via other methods and working toward an appropriately abrupt conclusion. He’ll also often have the killer face the reading audience directly as if challenging them after the murder is committed, and that’s another extremely effective technique, directly contrasting the killer with us, or perhaps providing a mirror.

Koike’s adept at switching the emphasis of a story as well. The longest here is split into two parts and veers all over the place. ‘The Bamboo Splitter’ begins as a mystery, progresses to endangering the very small supporting cast the feature, switches again to a cruel joke before concluding with the horrors of interrogative torture. This begins as explicit and unpleasant, and while it may fall into the realm of cultural differences between Japan and the West, it comes over as gratuitous and exploitative. Koike says everything he needs to with the following character testimonial of the torturer, and it doesn’t require the preceding scene rendered with such attention to detail. Having noted that, the remainder of the story is rich in psychological detail and utterly compelling as we learn the reasons behind the seemingly random events of the preceding chapter. It also ties neatly into a philosophical point made earlier in the book.

The disturbing sexualised nature of the torture apart, this is another fine selection of stories. 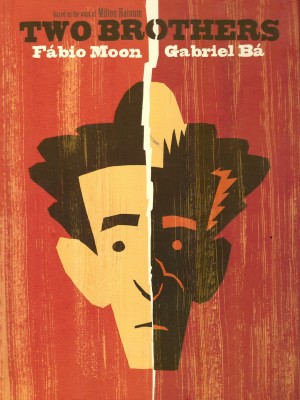 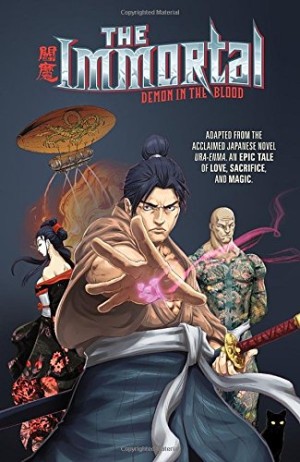 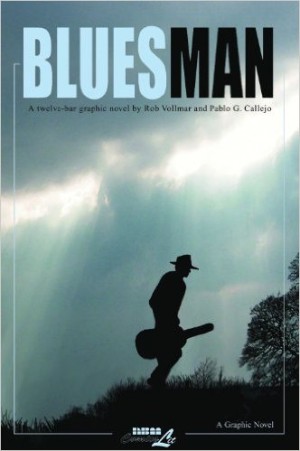