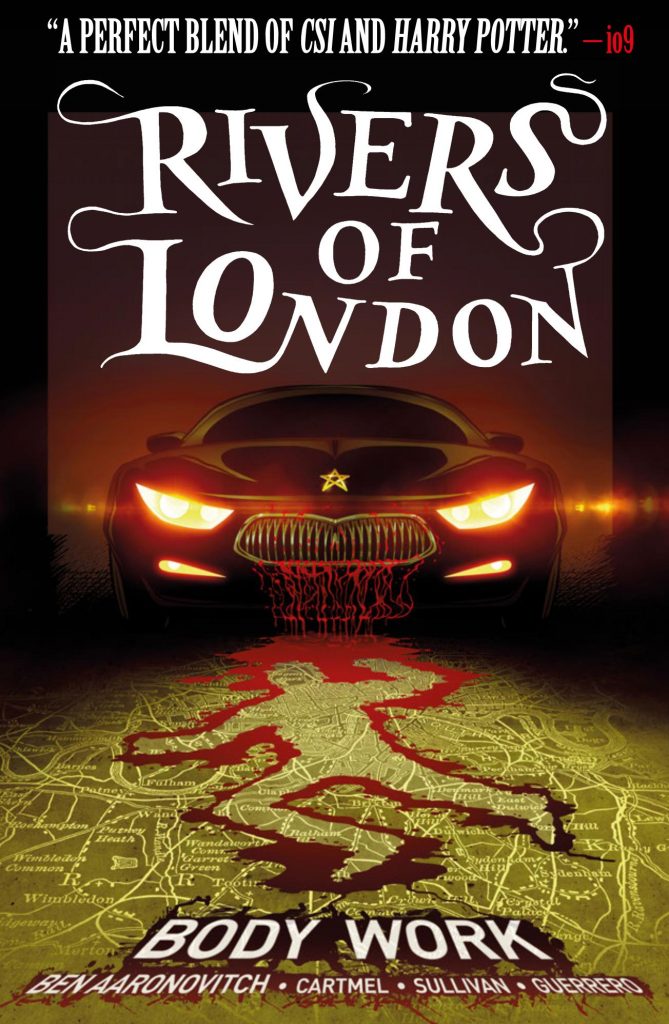 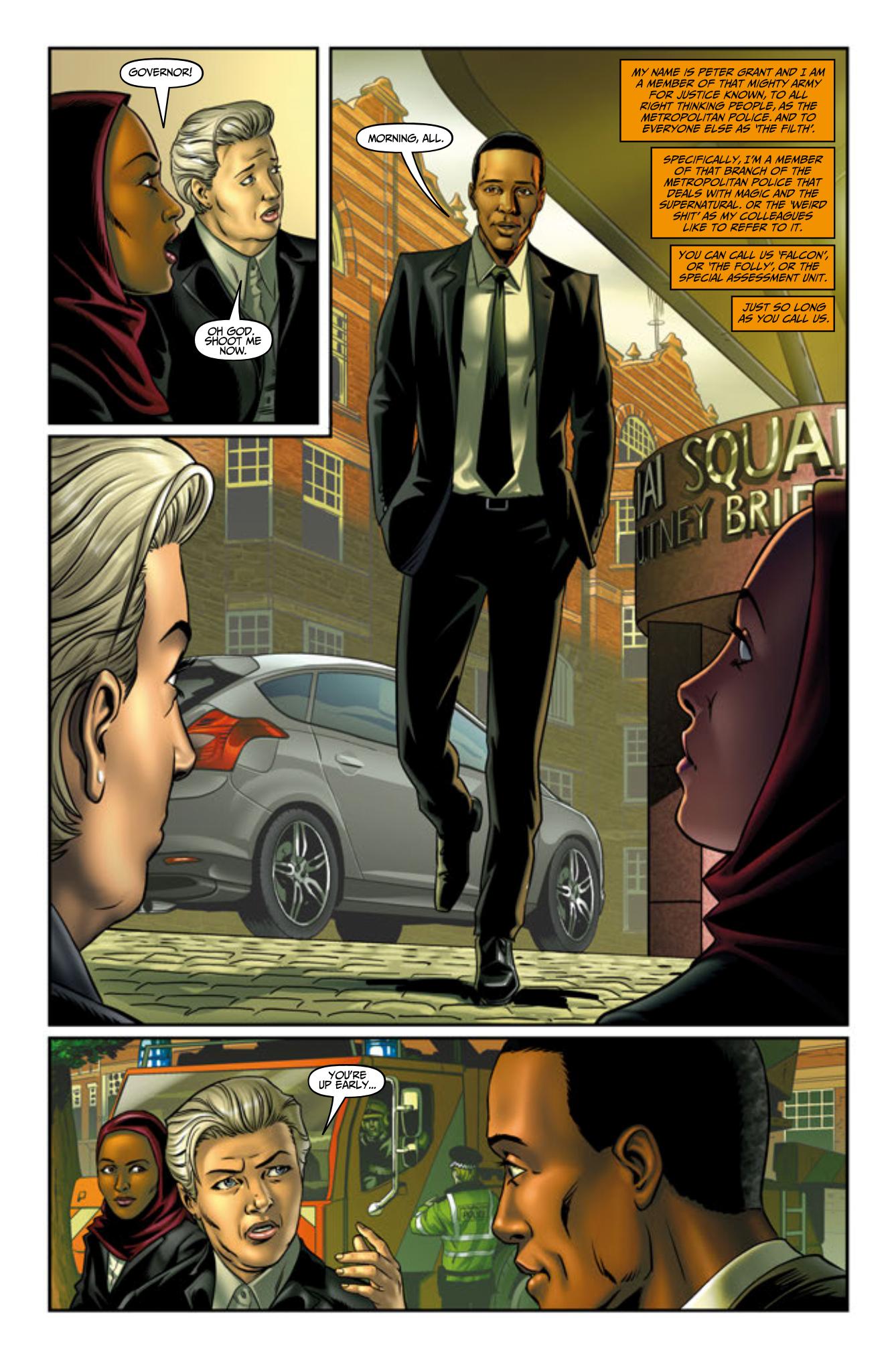 Peter Grant is no ordinary police detective. For starters his remit is the supernatural, which makes him an isolated figure of suspicion among his colleagues, and then he’s able to call on the daughter of the Goddess of the River Thames for help. Oh yes, and although it’s not clarified in Body Work, it helps to know he’s an apprentice wizard via his police employment.

Ben Aaronovitch’s Rivers of London novels featuring Grant are extremely popular, but instead of adapting them to comics he’s opted to create new stories, collaborating with Andrew Cartmel, himself a novelist of note, but Body Work doesn’t quite have the smoothness of the Grant novels. The introductory chapter presents Grant and his world well to anyone picking this up without knowing those novels, but it references them awkwardly, applying the presumption of familiarity. It leaves readers wondering just how Grant blew up an entire building, and who Molly is. It might be deliberate, intending to focus interest on the novels, but it’s distracting, raising unnecessary questions in a captivating plot that throws out plenty of interesting asides. Could spectacles be made from a windscreen through which 1929 appears?

The clever title refers to the discovery of haunted cars, enabling artist Lee Sullivan to indulge in some renditions of popular present day models and a vintage Bentley that should have enthusiasts purring with pleasure. He works with a cartoon naturalism well suited to the sly humour, emphasising the tongue in cheek nature of the plot, and creates a distinctively mismatched cast.

That cast and their eccentricities are engaging enough to overcome some clumsy storytelling on the part of writers seemingly not used to pacing their work for comics. While not relating events in linear fashion is a viable narrative device, in Body Work flashbacks of several pages to transition between scenes are clumsy, and in some cases not at all necessary, affecting the pacing. One of those sequences introduces Nightingale, seemingly very British establishment, but actually a force of nature, and the dry interplay between those contrasting traits makes him a more interesting character than Grant, in this story at least.

Body Work proved a beguiling enough mixture overall, and Rivers of London has been a continuing success for Titan, with five volumes published to date and two more due. This is now available with the following Night Witch and Black Mould in a box set, or for anyone really curious about technique there’s also the Deluxe Writers’ Edition. It combines the script provided by Aaronovich and Cartmel alongside the pages of art with dialogue and captions removed.