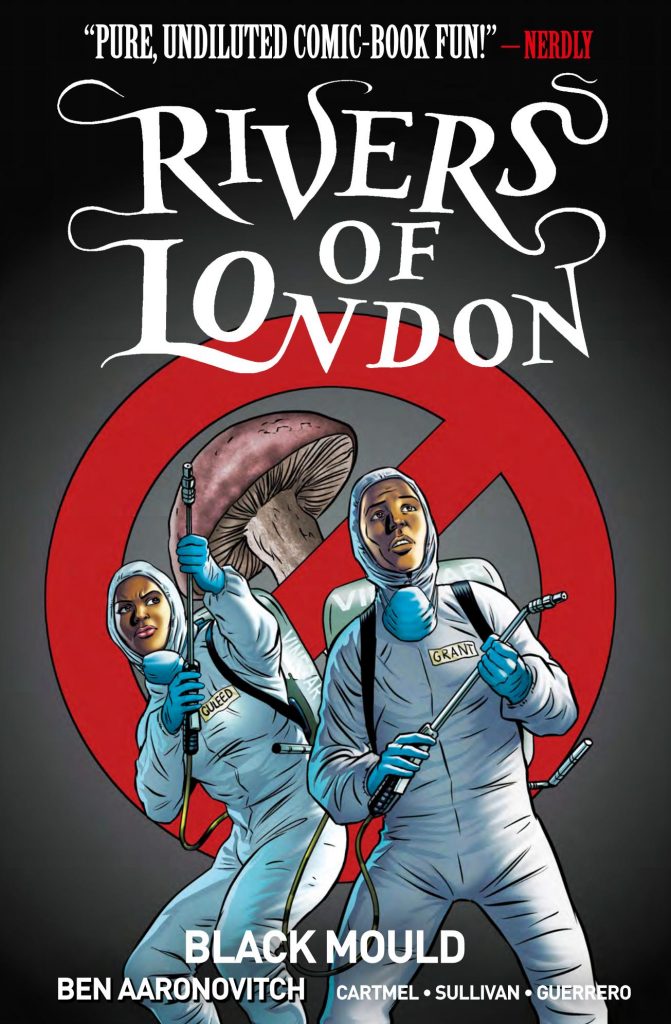 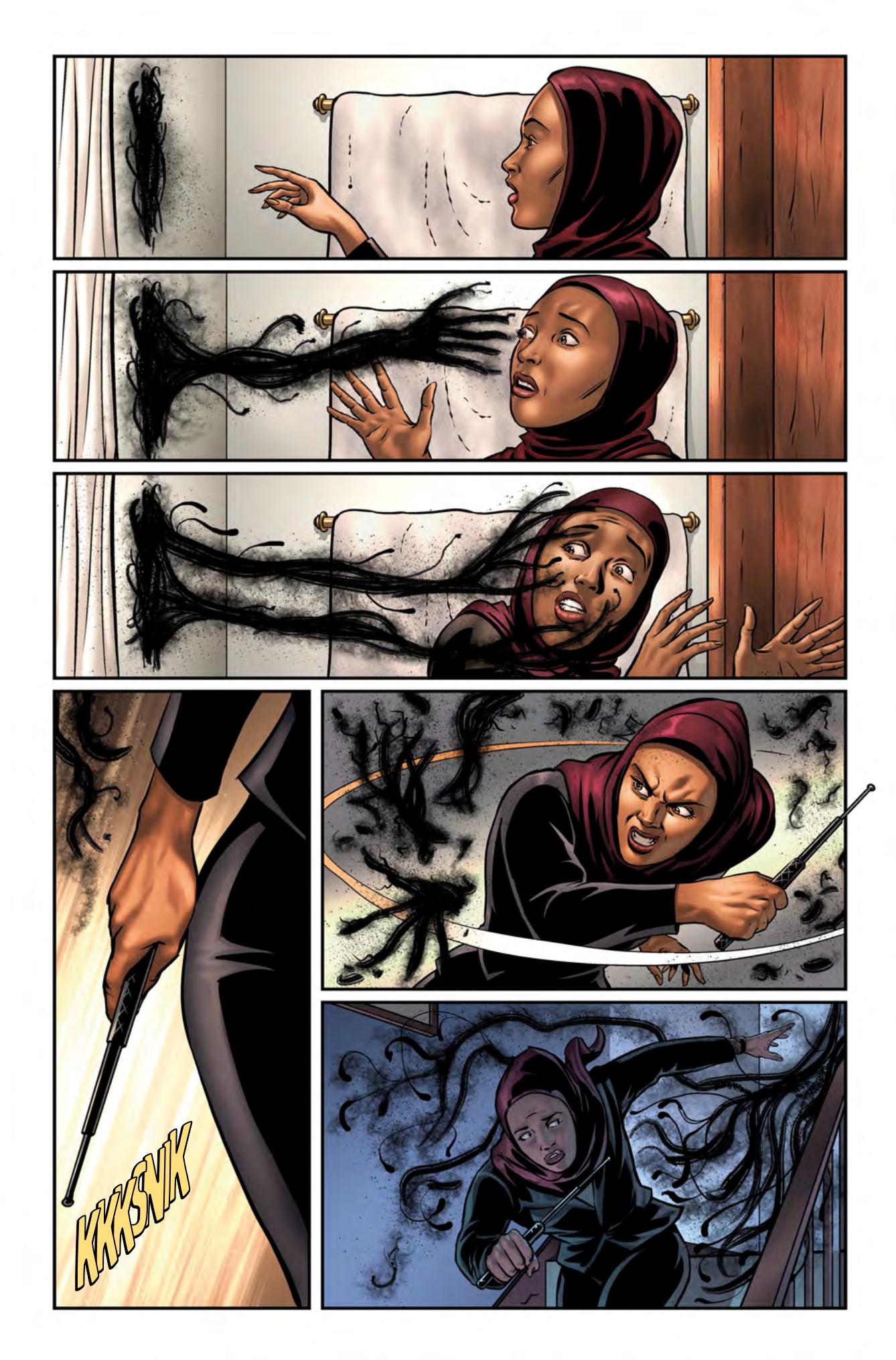 A big step forward for Black Mould is the presentation of character profiles to start the book, so preventing people who’ve not read Ben Aaronovitch’s Rivers of London novels wondering about the plain weird cast members, as explanations are now available. What’s also clear is how the minds of collaborating writers Aaronovitch and Andrew Cartmel are wide ranging, with no two menaces used in the graphic novels to date remotely similar. In this instance the title reveals the threat, what appears to be black fungal mould of the type found in bathrooms is in fact something with a seemingly malign intelligence. Unfortunately for London, it’s centred in a prestigious new developments.

There’s a greater concentration on Peter Grant, nominally the lead character of Aaronovitch’s novels, than there has been in the previous graphic novels, as he and Sahra Guleed carry out a procedural investigation on behalf of the police. It’s the type of smart and funny, character drama that New Tricks supplies at its best, rich with whimsical personalities with left of the dial investigators interacting with the great British public in all their eccentricity. Grant’s sardonic narrative is played up more than in earlier books, in what at heart employs a very traditional horror plot, but wraps it in sentimentality. Also very noticeable is the linear structure, which solves the problems of clunky narrative rollout in the previous graphic novels.

More than those also, Lee Sullivan needs to keep a disciplined set of page layouts, defined by the investigatory plot only occasionally interrupted by action scenes, these of an almost abstract nature. The most memorable of them is a decidedly strange knife fight, well coloured by Luis Guerrero to highlight the time and location. Sullivan sells the comedy moments well, never overplaying them, and giving Grant ideal expressions to accompany his captions.

For all the subtlety of the way the plot is revealed, when the final disclosures occur, they’re suitably dramatic, but don’t begin to explain some earlier scenes. The purpose supplied, it has to be asked why the mould messed about for so long before seeing to its mission, the excuse of one big final push not quite passing muster. There’s also a vague reason for Peter to be attacked, but again, the energy would have been better used for the original mission. Still, it sets up a nice finale, with Sullivan providing the necessary fireworks.

Black Mould is also available packaged with the previous Body Work and Night Witch as a boxed set, and Detective Stories is the next in the series.