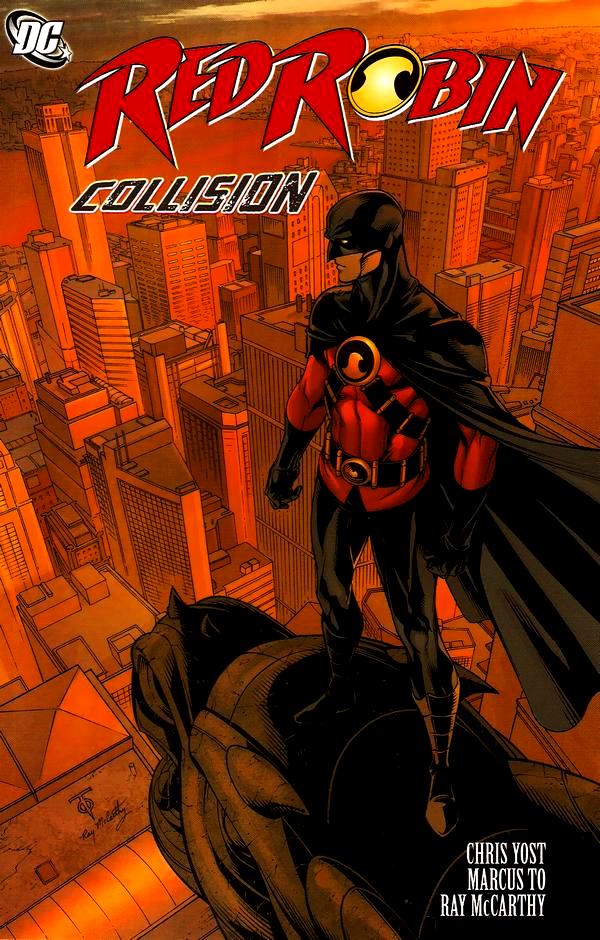 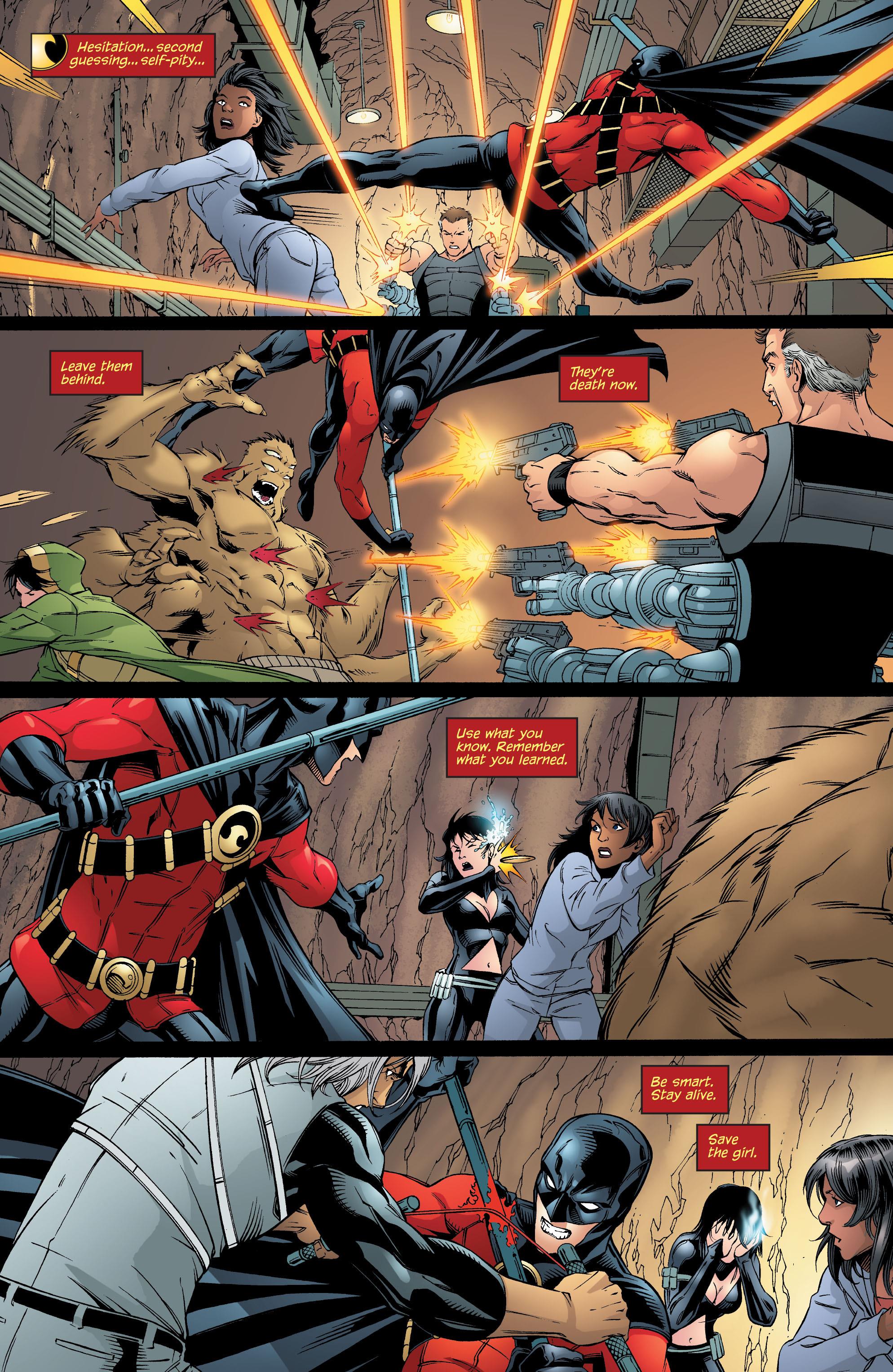 Of the handful of people in whom Batman has confided, at the time of Collision only Tim Drake believes Batman is still alive. That belief led him on a strange path during The Grail, at the end of which the resources of R’as Al Ghul’s League of Assassins were put at his disposal. Someone is killing them one by one, and Tim believes dealing with that will help him in his other quest. The involvement with the League of Assassins is followed by the title piece.

In The Grail Chris Yost developed a nice narrative voice for Tim, and that continues throughout Collision, but it’s not nearly as satisfactory otherwise. Yost is very good at setting such a fast pace that there’s little time to think as Tim rushes from one threat to the next, but pause for thought and the underpinning collapses. The initial thrust of the series was Tim’s search for Bruce Wayne, who was always going to return from the dead, but he does so off panel in circumstances not explained until the end, and then only really in passing. Anyone reading this years after the events of Batman Reborn without being up to date with happenings in other Batman related titles of the period isn’t going to know entirely what happened. Beyond that, very little else is resolved. We’re asked to believe that a group of randomly collected new characters have the skills and wherewithall to second guess the world’s premier group of assassins, and to do this for fun. It doesn’t hold up. And while conceding they’re a tradition of superhero comics, Yost overplays the last minute rescue, or someone suddenly becoming capable enough to defy an assassin with years of training.

Ramon Bachs excelled drawing The Grail, but is restricted to a single chapter here, with Marcus To illustrating the remainder. His work is also good, selling the story for all its worth, and delivering the action as required.

What at first seems to be the random introduction of other characters, repeating a flaw of The Grail, does serve a purpose by the end, actually rather neatly, but these are timewasting intrusions when they occur. A crossover into Batgirl’s title is especially pointless, with the art by Talent Caldwell not up to To’s standard, concentrating too much on close-ups. There are nice moments in Collision, but not enough works overall. The series continues with The Hit List.