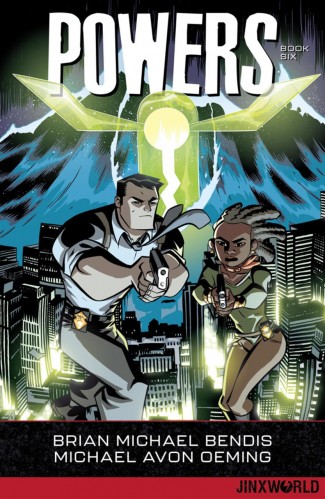 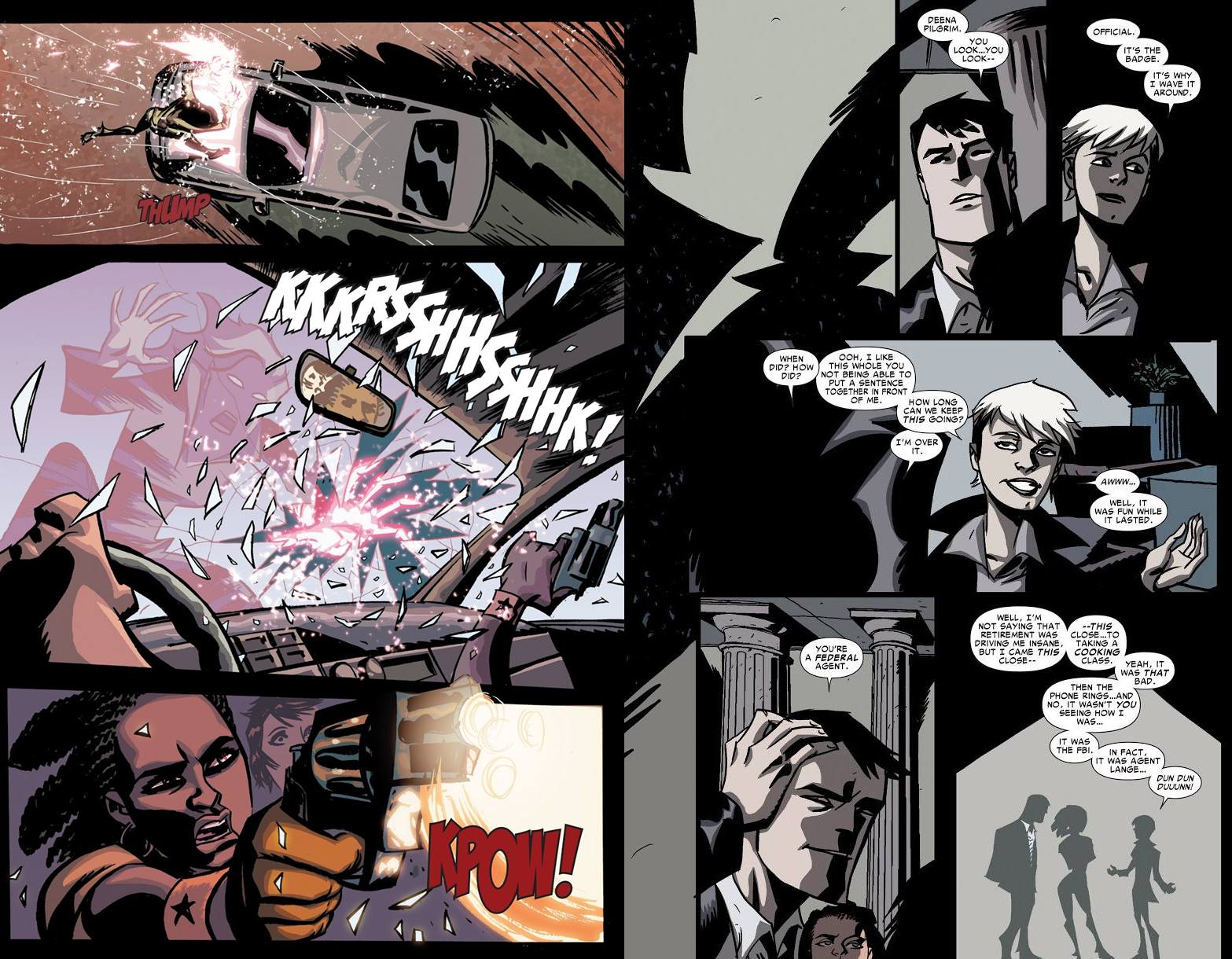 Two deaths concern the police detectives over two stories, the first a superhero who ended World War II on the Powers world when he killed Hitler, and the second a God. Allegedly.

Both stories are flawed, entertaining enough without approaching the peak Powers. The reason is that while splitting the police partnership of Deena Pilgrim and Christian Walker made for a couple of good stories in Book Five, Pilgrim’s long absence hurts the series. Walker’s been through a lot, and indeed we see some more of his past here, but he’s nowhere near the personality that Pilgrim is, and neither is his new partner Enki Sunrise, even with the suspense of her undertaking a separate investigation alongside the main case. It takes an exceptional plot to compensate for a missing star turn, and over the first story it’s not supplied, despite Brian Michael Bendis in effect writing about the late 1950s/early 1960s Las Vegas Rat Pack. They’re what’s become of 1940s superhero team the Screaming Eagles, still living off past glories a decade later, and with a toxic sense of entitlement about them. There’s also an unpleasant surprise awaiting Walker on another matter, but the feeling is that the character who supplies it was only really introduced for that purpose.

In both stories there’s little restraint in showing the violence on Michael Avon Oeming’s part, whereas once there was. Is it just to shock? It doesn’t really, and it’s not necessary. His rendition of the shady past is as evocative as his present, with one spectacular sequence being a car attempting to evade a raging flying superhero. He also has to supply disaster on an unimaginable scale, an indication of how far Powers has come from being a police procedure book.

As seen on the sample art, Pilgrim’s back for the second arc. That features a bunch of characters calling themselves gods, and with powers on such a level that no-one’s ever been inclined to investigate the truth of that. It’s where much of what Bendis has been playing with over the past few stories comes to fruition. Dealing with the threat requires someone whose powers are enough to make them a planetary protector, and conveniently enough there is one of those among the Powers cast. Again, this is a frustrating story, featuring so much that strikes a chord, but there’s a button-pushing element to it, as the superheroics now takes precedence, and there are plenty of other graphic novels where you can find that. A lot of them are written by Bendis.

Perhaps in recognition, there’s a scaling back for Book Seven. As with the other volumes in this series, this was previously avilable in hardback as the sixth Powers Definitive Hardcover Collection, or as two smaller paperbacks titled Z and Gods. Follow the links for more detailed reviews.