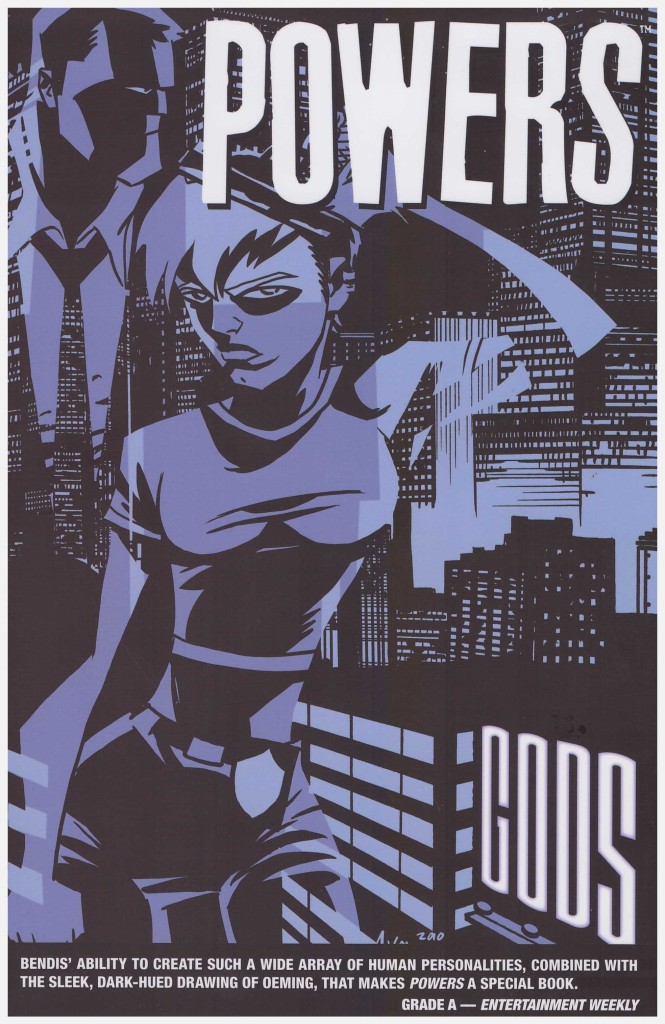 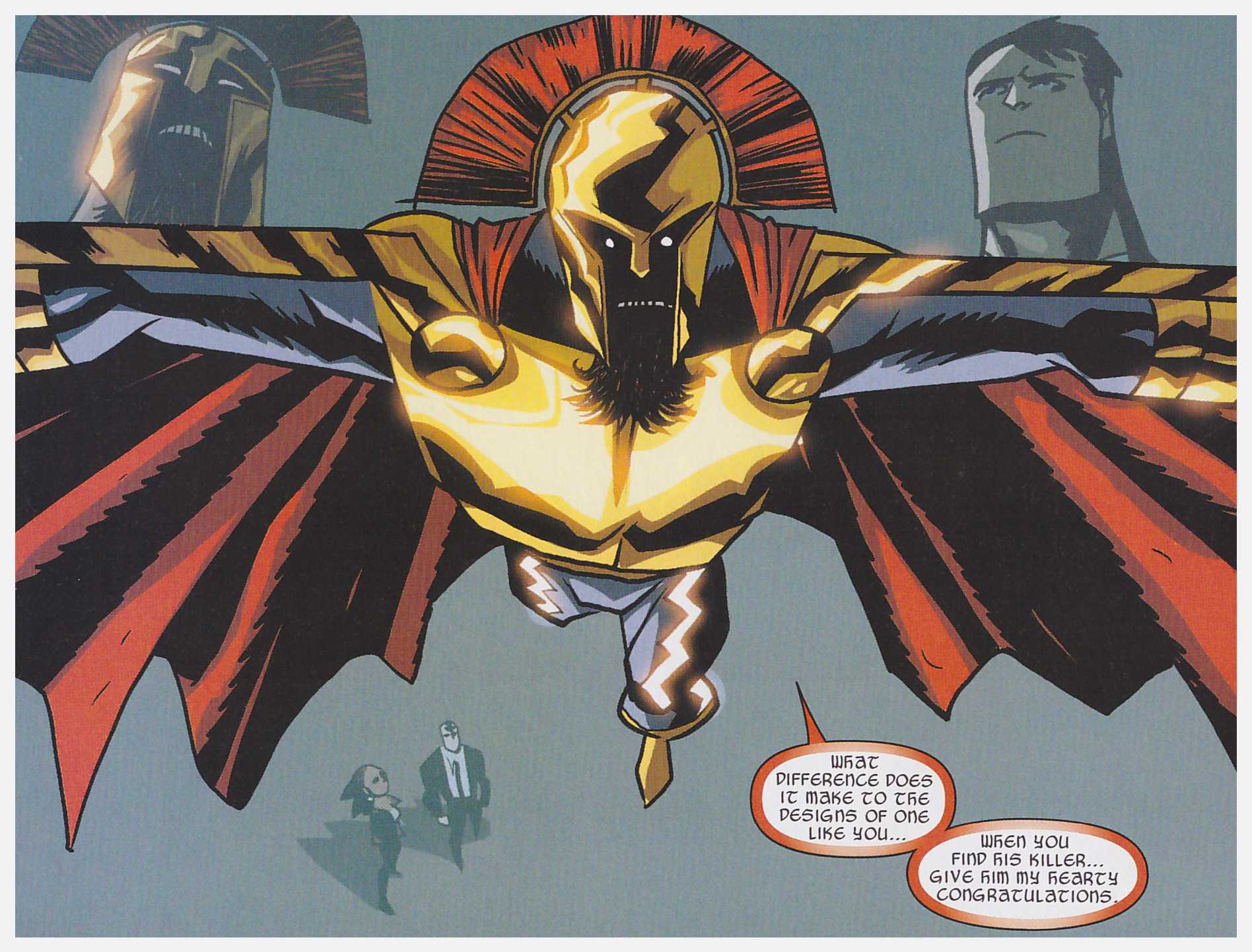 Christian Walker is a big man. That much has remained unchanged since Powers began. As the title indicates, the subject at hand is Gods, those of ancient myth, and Michael Avon Oeming comes up with a neat method of establishing their credentials. The smallest of them is taller than Walker, and others almost half his height again.

Not everyone believes them to be Gods. This is not a concern for the likes of Artemis and Damocles, who can exist just fine and dandy without human belief. Unfortunately, at the conclusion of Z, someone murdered Dionysus, and the puzzle Brian Michael Bendis has set himself is how detectives Walker and Sunrise are going to grill the prime suspects when they’re pretty well untouchable. While resident on Earth (and conveniently all in Chicago), they see themselves above mortal concerns, and as one of them notes, if a confession was elicited, what next?

So the investigation is to discover just who’d kill a God. And then another. In one sense it’s the old gang back together again trading offensive comments with suspects with the language a little fruitier (welcome back, Pilgrim), yet in another it’s also all disarmingly familiar. Give Bendis some credit, though. At every stage during the series when it’s started to become a little too familiar, he’s thrown a curveball, and this time it’s another doozy.

The answer to how and why the Gods are being killed is excellently conceived, and yet that’s not even half the tale on offer here. In Z someone had a vision of the future. Looked pretty grim didn’t it? She wasn’t sure if it was something destined to occur or if it could be avoided. It’d be terrible if that actually came to pass.

Once again, a lot has changed by the end of this book, so much so that instead of a volume 15 the continuation can be found in Powers: Bureau volume one. And many props to Oeming for a fantastic back cover.

Gods has been reissued, now packaged with Z as either the bulky paperback Powers Book Six or volume six of Powers: The Definitive Hardcover Edition.