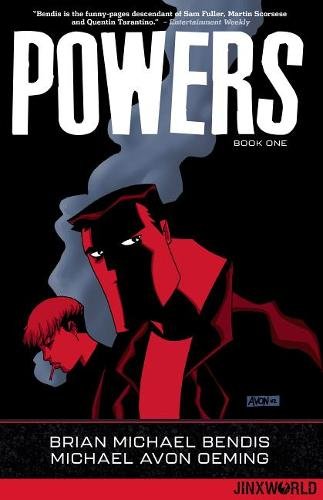 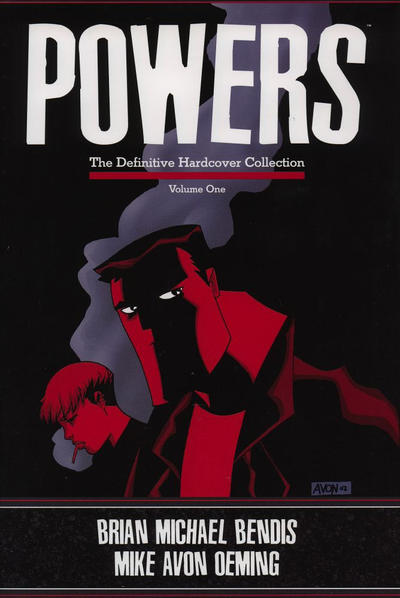 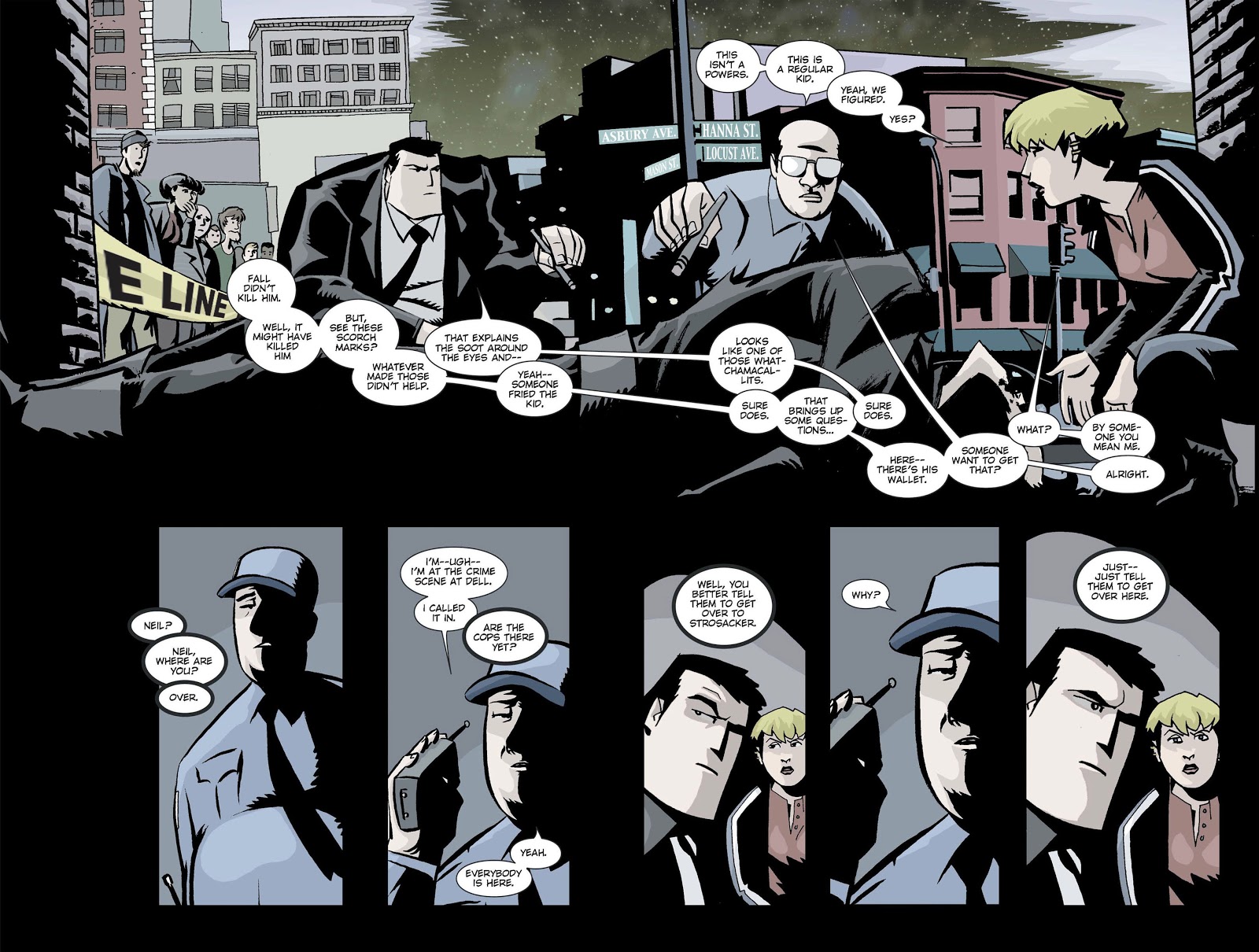 Deena Pilgrim and Christian Walker are homicide detectives in a world where super powers are, if not widespread, certainly known. They’re a classic mismatched pair, Pilgrim a small, potty-mouthed bundle of attitude and Walker imposing and lucky if he can get a word in. He, however, has connections in the superhero world, the reasons for that at first kept under wraps. Will this be news to anyone considering buying Book One or its previous packaging as volume one of the Definitive Hardcover Collection? They’re presumably most likely to be an upgrade from their much read paperback copies of Who Killed Retro Girl? and Roleplay.

In those Brian Michael Bendis and Michael Avon Oeming successfully merged Bendis’ strength for writing crime dramas with snappy dialogue emphasised by Oeming’s dark and shadowy cartooning. Together they present a claustrophobic world, densely manifested via a multitude of small panels on every page. They constantly experiment with style and form to encompass the dialogue. American Flagg or Dark Knight Returns may have been the inspiration for the constant TV backgrounds, informing and commentating, but telling stories across a spread, now commonplace, wasn’t frequent before Powers, which will also use vertical columns. The downside of the hardcover collection is that the centre of some spreads is sucked into the binding. Another technique is the spread with multiple people answering the same question, one such amusingly borrowing the leading non-DC or Marvel characters of the era, the then brash newcomer Powers having long outlived almost all of them.

However, all that experimentation never sidelines the procedural crime drama, nor derails the central relationship between Pilgrim and Walker, one that works despite the obvious differences. In the opening story the corpse of popular peppy superhero Retro Girl is discovered outside a school with her throat slashed. Is gangster Johnny Royale responsible? During the investigation we’re taken on a tour of Pilgrim and Walker’s world, one featuring villains and gods as well as heroes, few emerging with any great credit, and many holding secrets. So how do police interview a suspect with powers that could escape custody whenever they like? In a neat workaround Bendis introduces the Drainer, a device embedded in the precinct’s captivity areas that stops all powers working. It’s given a neat green effect from colourist Pat Garrahy, whose simple and restricted colour effects shape the entire series.

A second case involves kids who cosplay at being heroes ending up murdered, and the two longer investigations are spliced by a hilarious shorter piece about comic writer Warren Ellis being taken for a tour in the squad car with Pilgrim and Walker. That and the puzzles and colouring pages in the back were originally found in Powers: Little Deaths, the remainder of which is allocated to Book Two.

When up to the minute dialogue is prioritised, an inevitable diminishing of returns occurs over time, the references and tone dating, but as distinctive and dominating as Pilgrim is, there’s far more to Powers than her motormouth. You’ll still be dragged along by the mystery, shocked by the bombshells and admire the creativity, and it’s a few volumes before that begins to wear thin. 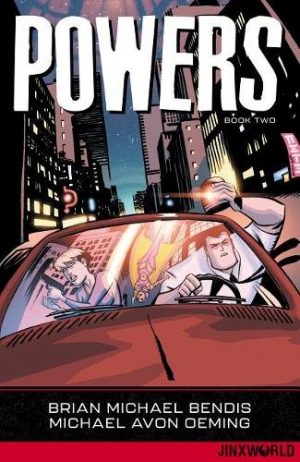 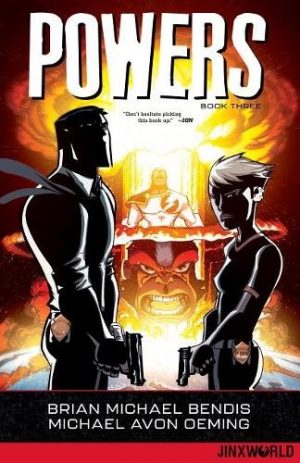 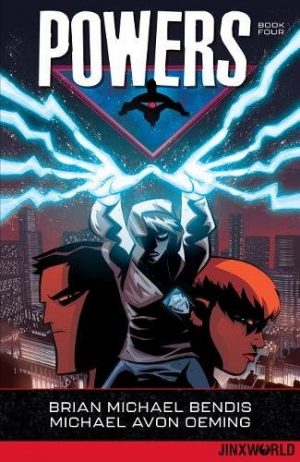 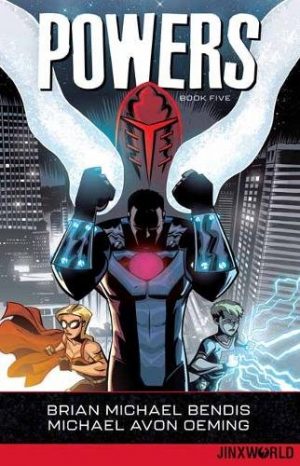