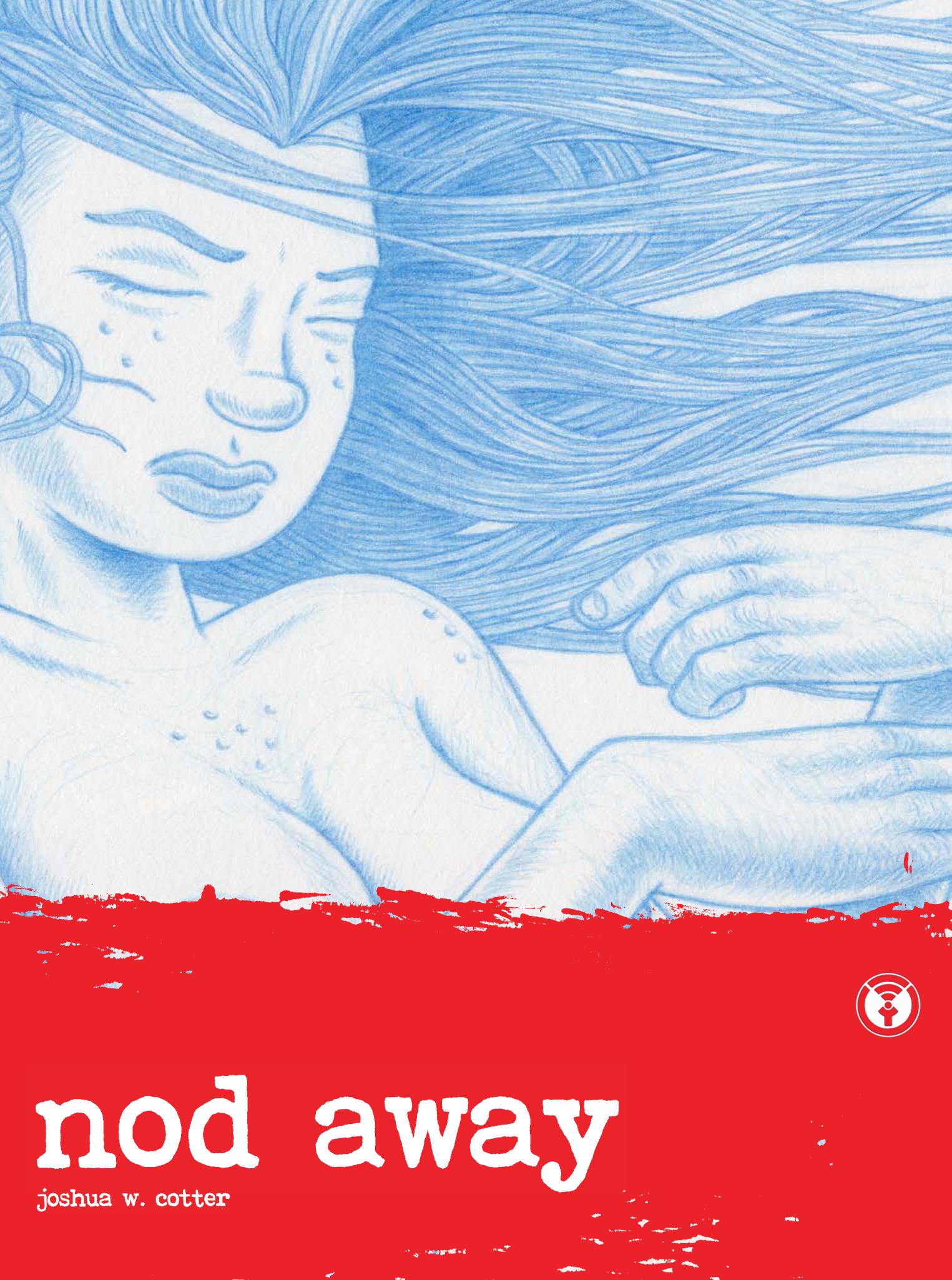 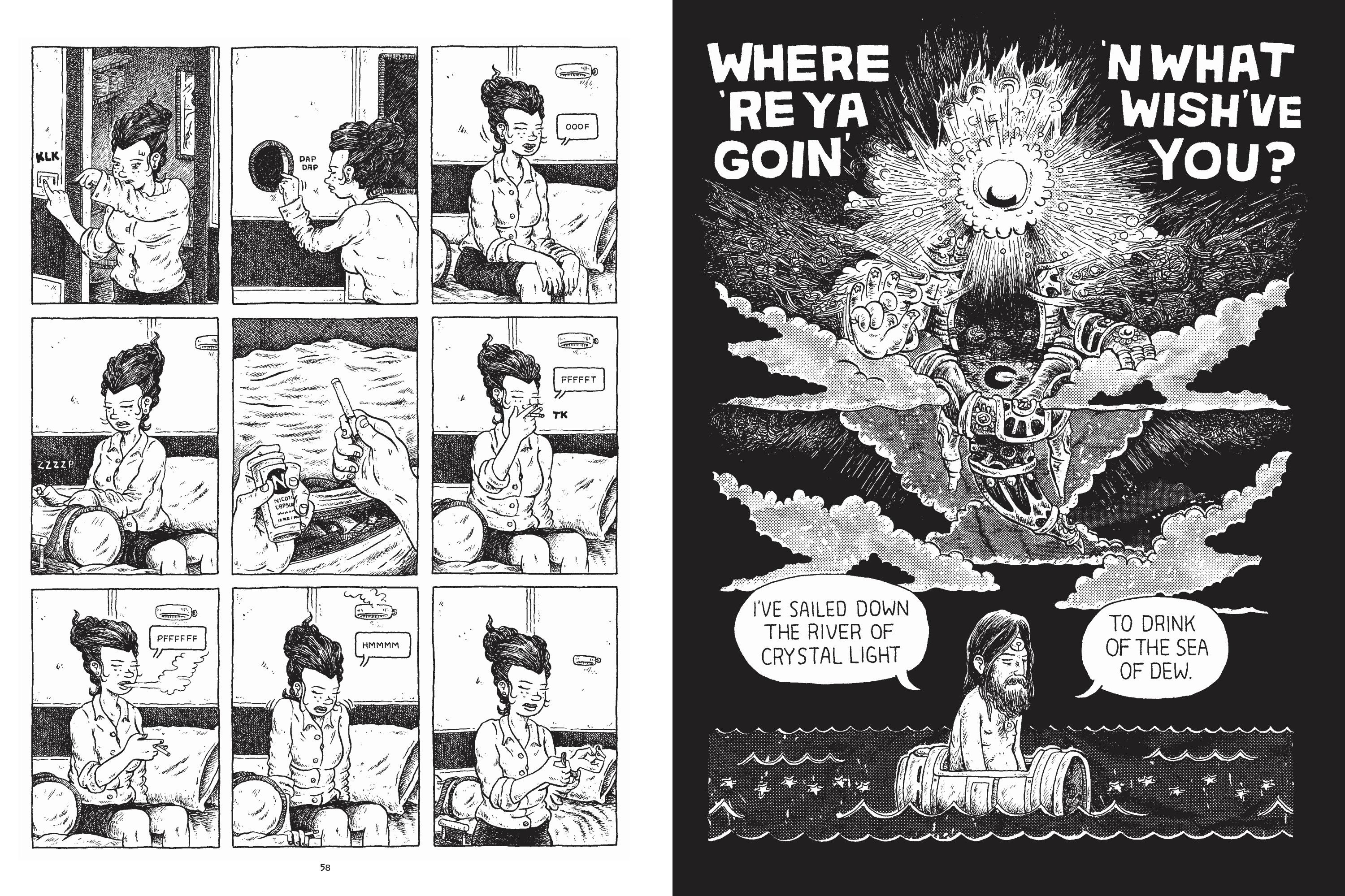 At 272 pages Joshua W. Cotter takes an extremely languid approach to unfurling his innovative form of science fiction with a tinge of horror, and it’s well over a hundred pages before he reaches the major issues prompting the main plot. Before then he’s introduced the idea of a modified form of internet connection that interfaces directly with human brains, presented in the form of a trivial chat show host interviewing one of the technology’s developers. We’re then introduced to Dr Melody McCabe reporting for an assignment on a space station to modify the streaming system.

Frustration is a key theme in these early scenes, that of the engineer at the trivialising of his pioneering technology, that of Dr McCabe at administrative incompetence, that of her colleagues at their boss. That gives way to routine, the only really strange elements being short chapters of what a bearded man is experiencing, which at first appears to have no connection to the main narrative. These interludes are also drawn differently, straying from a strict nine panel grid, and featuring odd, abstracted happenings. It’s the art that makes the first impression, tidy and detailed pen and ink combining with the grid to define character. Some are dwarfed by the box enclosing them, others almost forcing the borders to crack as they struggle with confinement.

Cotter’s aim is that Nod Away is the first of a seven volume series, and such is his decompressed storytelling style, there are concerns whether that will be enough. A complete picture has been worked out, and no detail is too trivial for inclusion. This would be a comment of the tedium of an enclosed environment were it not the same style employed before that’s reached. It’s an odd technique, as instead of immersing the reader in Cotter’s world and ensuring we know the characters and their repetitive tasks as intended, it encourages skipping in the hope that something of interest occurs. The important material happening within these sequences tends to become lost in the wash, which is a great pity as Cotter has an interesting story to tell once he reaches a crisis point when a wormhole between galaxies becomes operational. Unfortunately it’s taken 140 pages to arrive there, and much of it has been intentionally dull and routine. Once the content opens up, Cotter reveals that as far as humanity’s concerned, it might be a new world, but there’s been little evolution away from the old prejudices. However, barely has he picked up the pace than we reach the end.

Nod Away is incredibly frustrating graphic novel. The ideas are there, the characters are there, the art is refined, yet anything good is so deeply buried in such a mass of time wasting mundanity that it discourages exploration. Any continuation would benefit immensely from taking a less leisurely approach to plot. 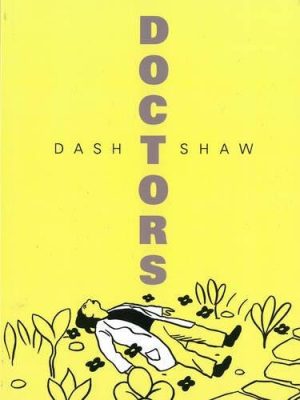 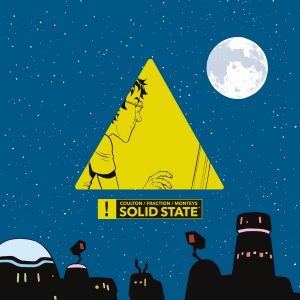