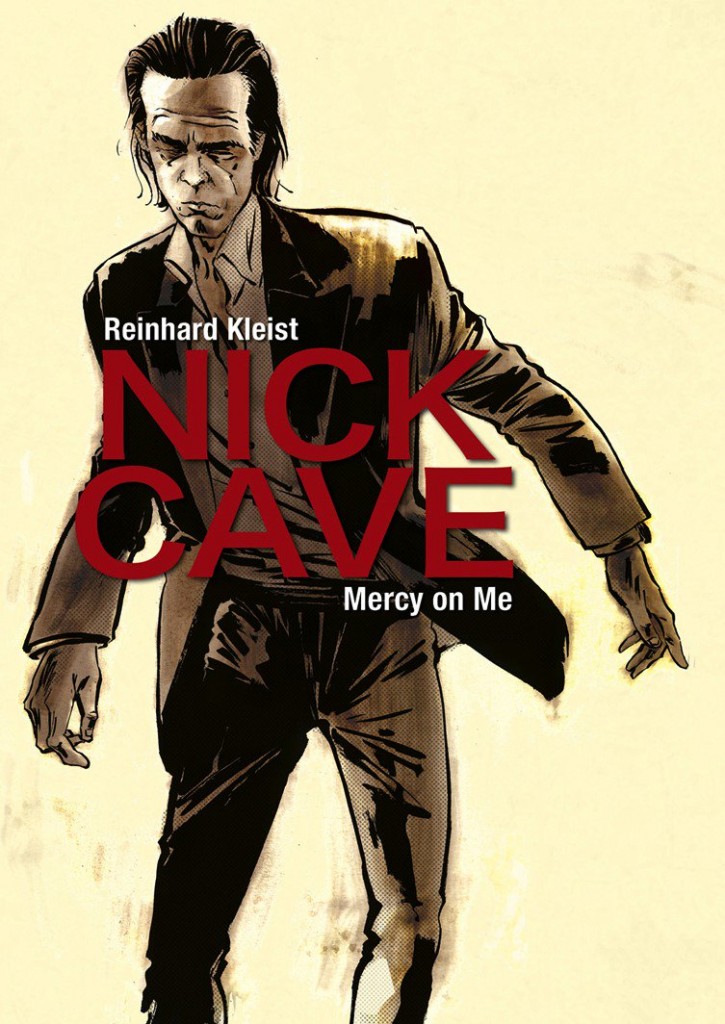 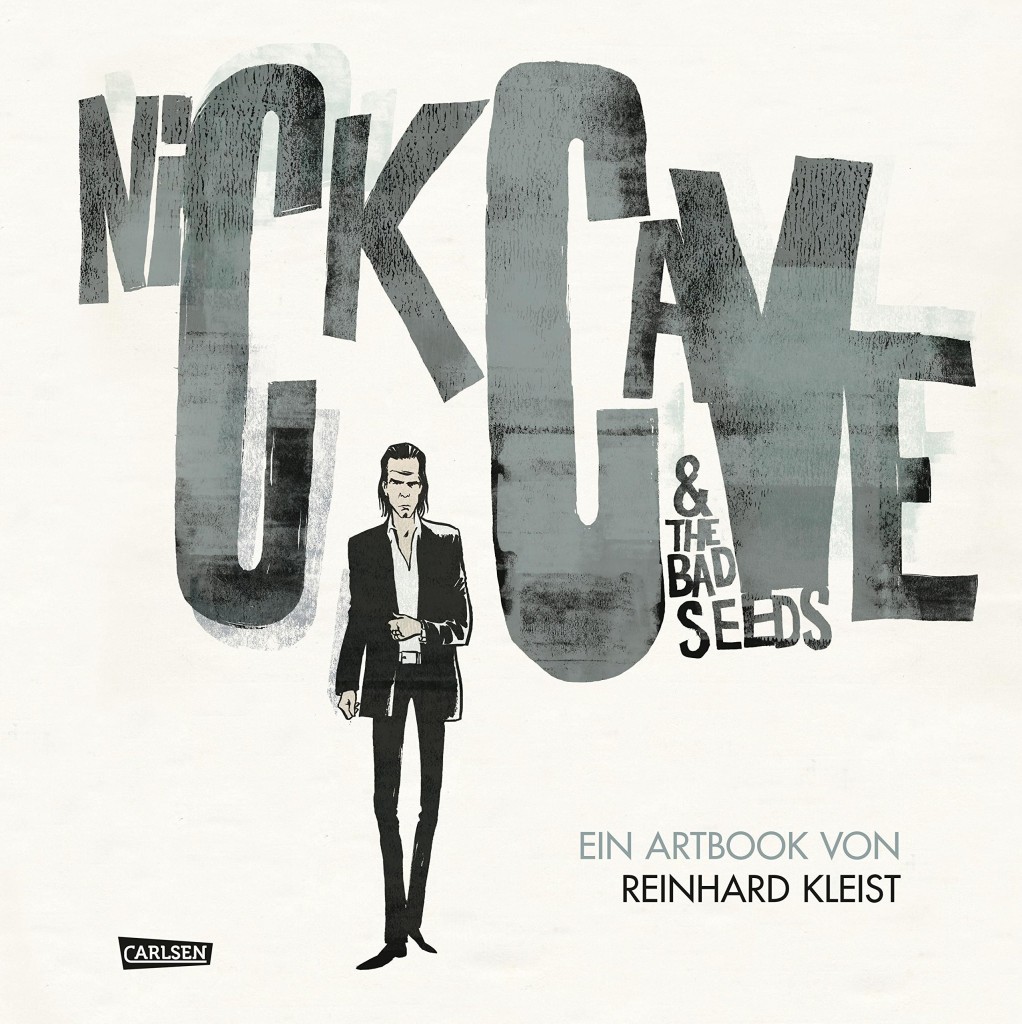 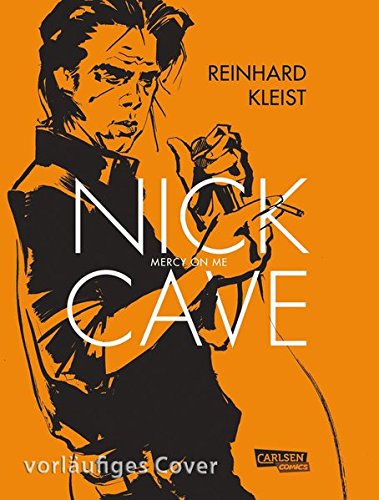 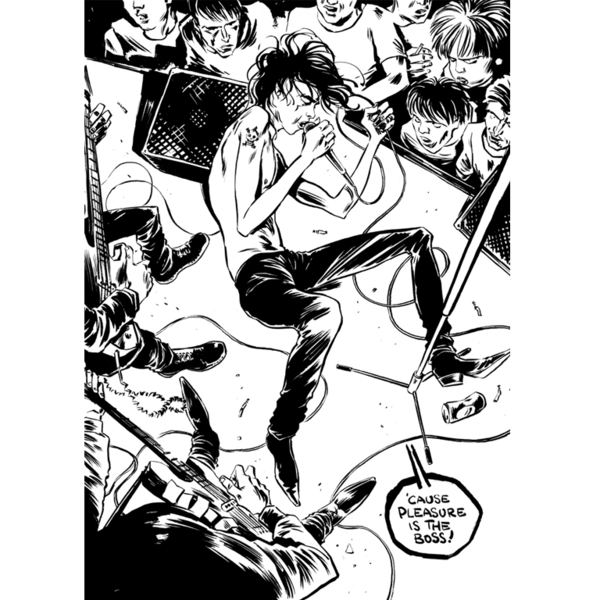 Reinhard Kleist has a number of biographies to his name including Johnny Cash – I See a Darkness. Nick Cave is a kindred spirit to Cash as an author of narrative songs channelling old testament blood and thunder. Indeed the two covered each other’s songs, and recorded a duet. In a knowing wink, Kleist even shows the young Cave and bandmates spinning Folsom Prison Blues, which frames the Cash volume. That book most came to life when Kleist loosened the biographical constraints, with magic realist moments, and dramatisations of the songs. Mercy on Me offers a chance to build on that.

While the earlier book was essentially chronological, Mercy on Me has five sections, with overlapping time-frames. Each is named after one of Cave’s works, and weaves together a dramatisation of this with a related strand of his biography. First up is The Hammer Song, which intercuts that song’s gothic scenario of a boy setting out alone into the wilderness, with Nick figuratively doing that in small-town Australia. The latter is fairly typical biographical fare – the rebellious and misunderstood early years (here with a punk rock attitude), and striving to find his own voice, as the band evolve into The Birthday Party. The analogy with The Hammer Song holds up surprisingly well over the eighty page chapter. For example, the verse about arriving in a strange town, chimes with the band’s arrival in London, and the song’s revelation that the townspeople want to kill you, necessitating shameful departure, is ironically resonant of the band’s rapid decampment to Berlin.

Where the Wild Roses Grow is named after Cave’s duet with Kylie Minogue, but focuses instead on his relationship with less famous Australian singer Anita Lane. It turns out we’ve already seen her in the first chapter accompanying future Birthday Party guitarist Rowland S. Howard. In an elegant device he’ll use across chapters, Kleist revisits the earlier scene and picks up a different narrative thread. This time we see Lane become Cave’s girlfriend, muse, occasional collaborator, and ultimately long-distance confidant. Indeed when Nick is having a dark episode in Berlin, the band call her out from Australia.

And the Ass Saw the Angel once again drops us into a Cave story, this time the novel of that name. Its mute protagonist Euchrid is surely a metaphor for a sense of frustrated communication that we see his author here exorcise writing that very story. There are stylistic parallels to the novel too, as stories, narrative voices and identities switch –  the lynch mob after Euchrid, for example includes Cave himself. Another sequence intercuts between Cave at his typewriter and Euchrid with his ass, each caught in a rainstorm of biblical proportions.

In The Mercy Seat, a prisoner facing the electric chair, acts as accusatory second-person narrator of Cave’s own issues with the law, and his journey through therapy to productive maturity. Finally, Higgs Boson Blues, references the 2013 song about the ‘God particle’ and so the creation and (threatened) end of everything. This seems, for once, the meditations of Cave himself, so an apt tool to take stock of a life otherwise enacted through avatars in the songs and stories of the earlier chapters.

Visually,  Kleist more than matches his iconic images in Cash, while adding more convincing likenesses and expressive faces. This is rendered mostly in pure black and white, channelling masters of that form like Miller, Muñoz, and Crepax. However, Kleist’s greatest achievement in Mercy on Me is the elegant integration of real events, speculation and creative dramatisations, an approach endorsed by Cave himself  as “Closer to the truth than any biography…!”