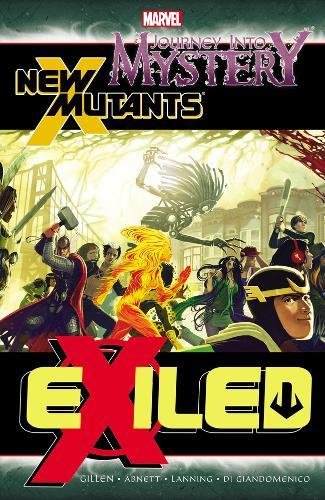 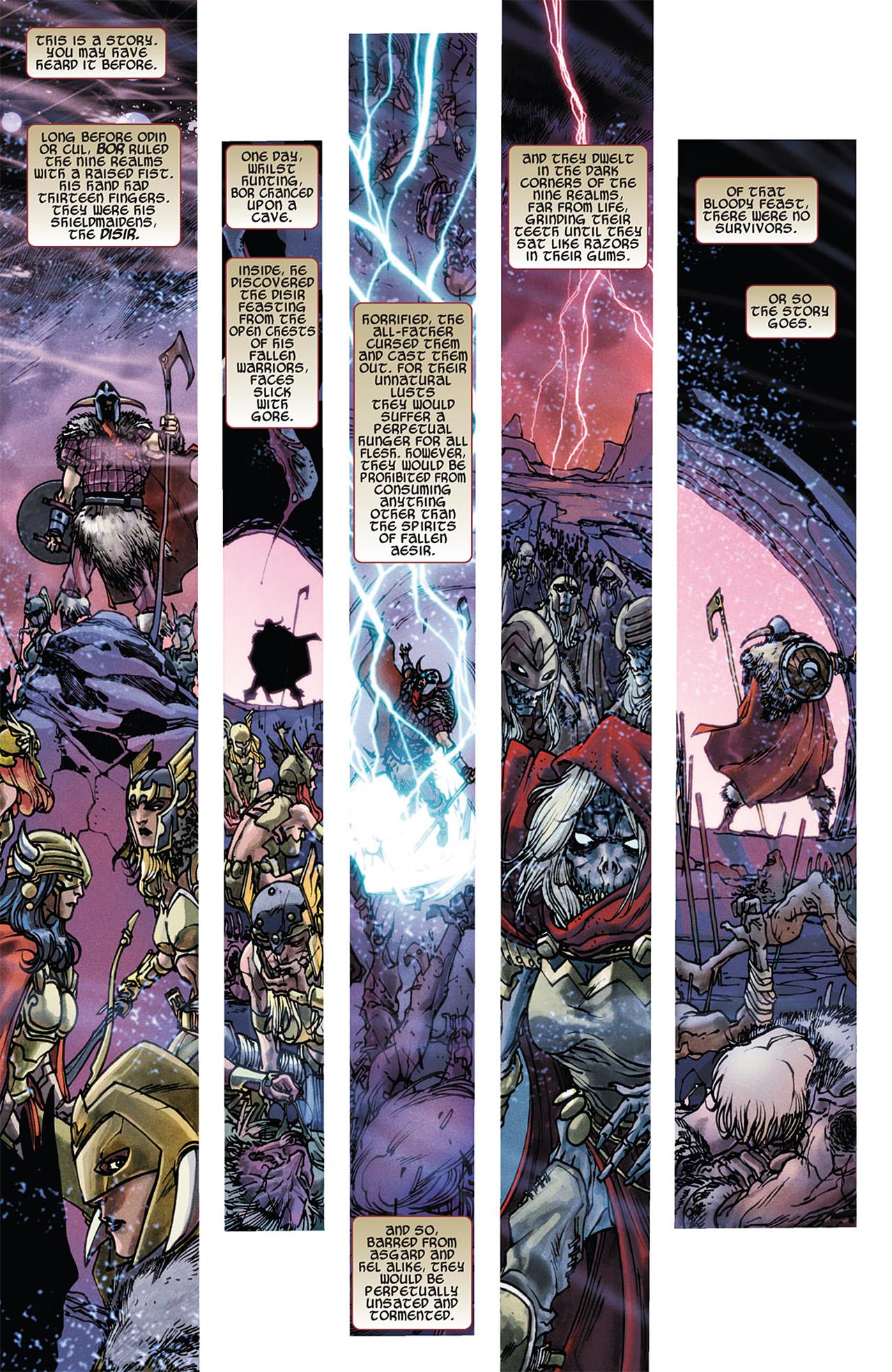 So, long before Odin ruled Asgard there existed thirteen protectors of the ruler, women who had some nasty cannibalistic habits, and who were exiled for millennia before Loki involved them in one of his schemes. Thankfully, before they ran amok he was able to consign them to Mephisto’s Hell, from where they’ve just escaped. It’s all there on the fantastically drawn sample page of Carmine Di Giandomenico’s art if you want the full explanation.

Although equally dealing with the Asgardian cast Kieron Gillen was writing at the time, Exiled pleasingly explains several concerns of the New Mutants as introduced by Dan Abnett and Andy Lanning. It might be presumed Warlock adopting a cat and the guy across the street’s constant observations were minor worries, if Amara dating Mephisto was a greater concern, and all three have their part to play. An opening chapter sets the scene and has numerous Asgardians transformed, but only the New Mutants have any knowledge of this, so their mission becomes to restore what they know as reality, in the face of considerable resistance.

There are a lot of sly laughs to be had at the expense of the transformed Asgardians, not least the morbidly obese Volstagg running a bakery and being asked for healthy products, and in places the dialogue is hilarious. It’s a nice juxtaposition on the part of the writers, because there’s a pretty fatal fate at stake if matters go wrong. And of course, they do, thanks to a great plot twist three chapters in. From there things take a turn for the worse again all the way to a cleverly worked resolution. Perhaps Di Giandomenico’s people are a little too angular, and perhaps some New Mutants are largely surplus to requirement, but the whole story’s so much fun that any quibbles are inconsequential. It’s Fight the Future for the New Mutants next.