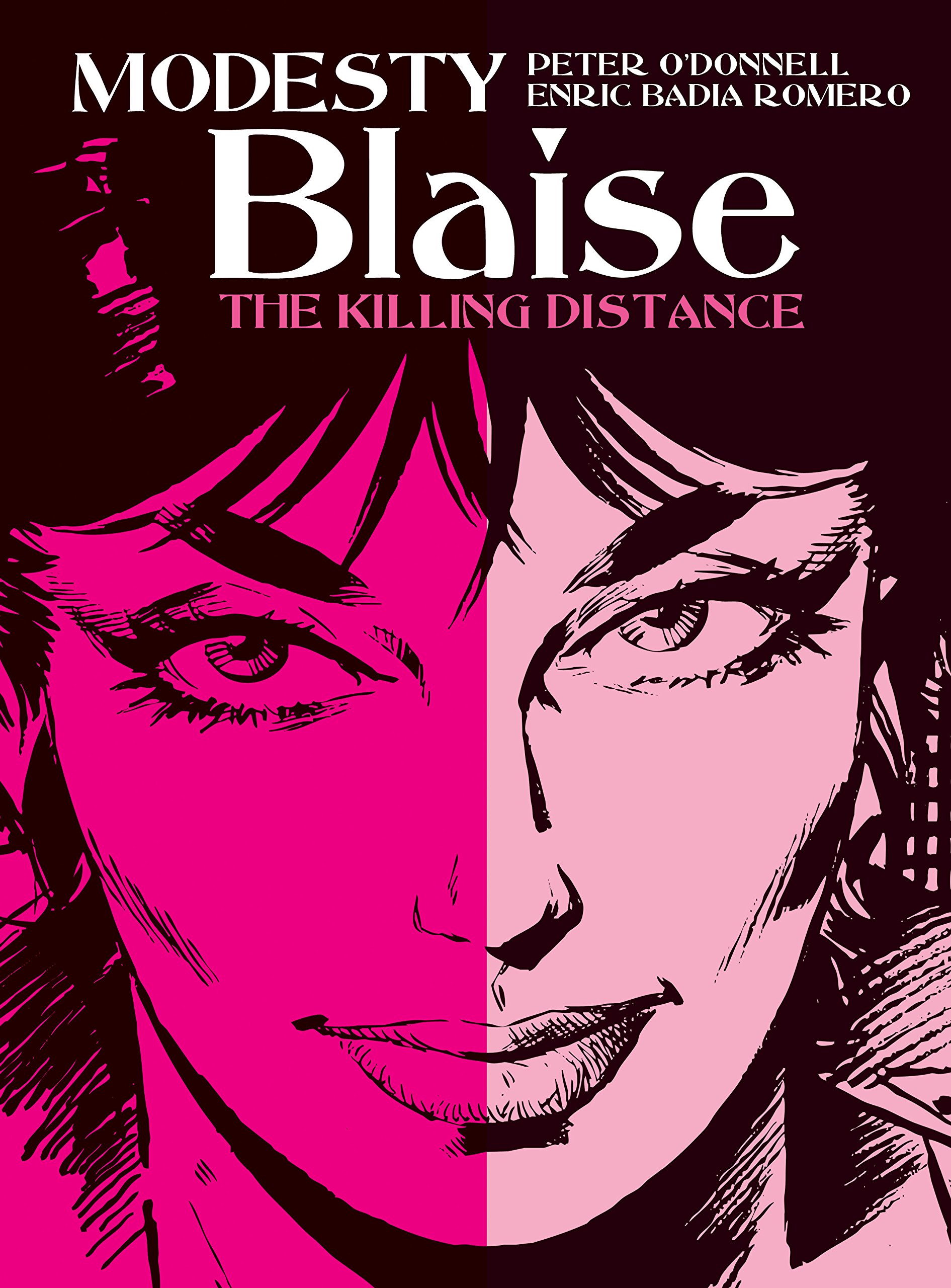 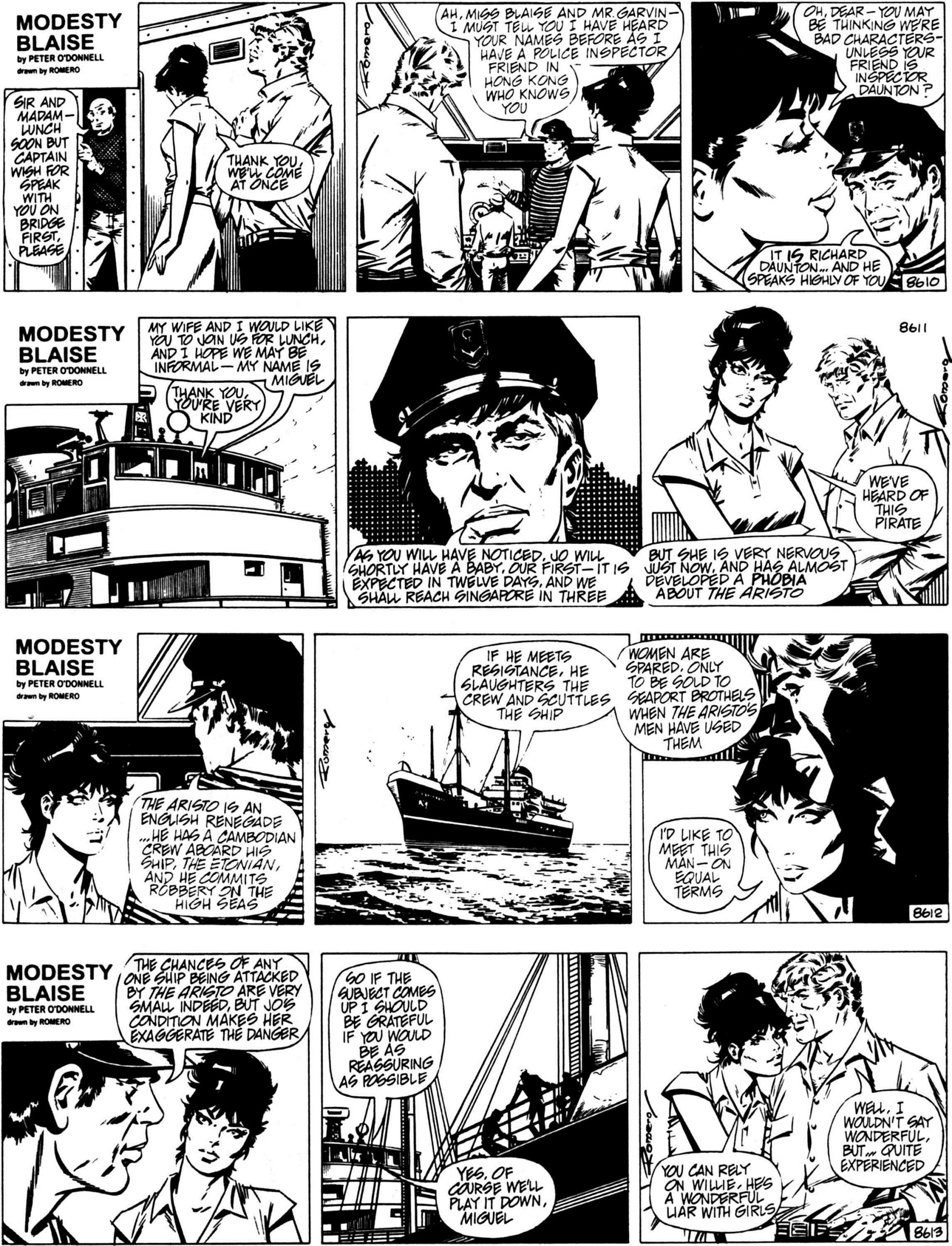 When it comes to the peripheral details Peter O’Donnell never veers far from a formula for Modesty Blaise. He knew his plots were presented visually, so considered exotic locations, beautiful people and staged set pieces as the essentials to structure his plots around. A technique he’s employed on previous occasions to ensure colour is having the cast costumed for some reason, and that recurs in the title strip, where Modesty and Willie Garvin are persuaded to participate in the annual pageant taking place in their friend Sir Gerald Tarrant’s home village. It’s the ideal location for an assassination attempt, and as drawn by Enric Badia Romero it resembles some strange period pastiche of John Kennedy’s killing.

That’s only the beginning of a story stretching back years concerning a former KGB agent, now one of the world’s richest men. It sets a different challenge for Modesty, as however resourceful she is, the options open to a man without scruples and a vast fortune should protect him more than adequately, even from her. However, that’s not the story O’Donnell tells, instead instituting a thrilling game of cat and mouse, that develops into the killing distance of the title. It’s a fascinating piece, almost as if O’Donnell is playing the separate game of challenging himself to see how many times he can pull the rug from expectation. The result is a succession of mini adventures within the same story, but the downside is a lot of conversation required to set these up and explain them, and the actual action sequences are consequently fewer.

Before then we’ve been introduced to ‘Guido the Jinx’, but at the start we reconnect with Modesty and Willie travelling the old Silk Road through Asia. Anyone unaware of the silkworm’s habits and value can prepare to be astounded. The location would be low on the list of places to run into vulgar rogue Guido Biganzoli, last seen in Live Bait, but he’s making a film and wants to employ Modesty and Willie for stunts. It’s not an idea that appeals, but emotional blackmail wins the day. Guido lives up to the title and he’s not the only old acquaintance to put in an appearance in the collection’s light comedy before it develops into something more serious, and the story with the largest action content.

The final story reintroduces Modesty’s enemy Wu Smith, last seen when she embarrassed him in The Girl in the Iron Mask, but he’s not the main thrust, which is described on the sample page. Piracy in the South China seas has long been an adventure staple and very real threat even today, but O’Donnell and Romero give it a twist with an Old Etonian pirate. Variety is a staple of O’Donnell’s methods, and ‘The Aristo’ is intended to keep cranking up the tension as every other page or so O’Donnell throws another spanner in the works. It’s a neat story, originally serialised in 1994, and Ripper Jax continues the fine run. 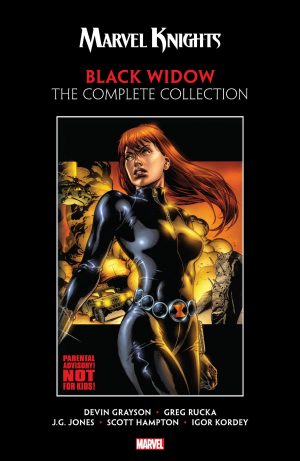 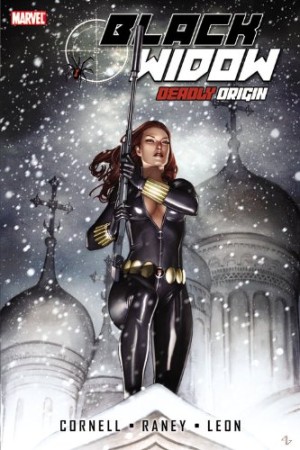 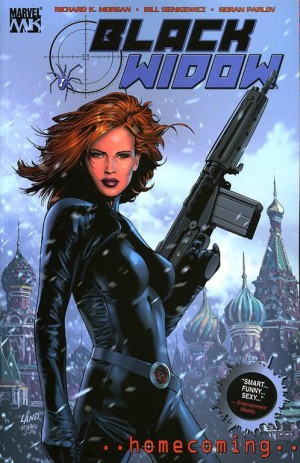