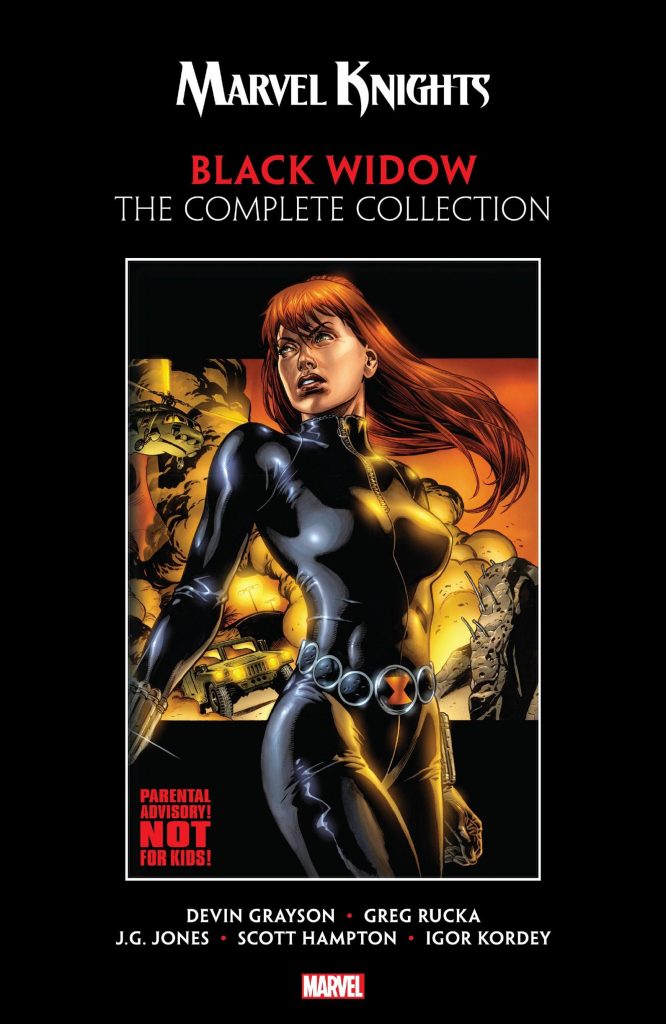 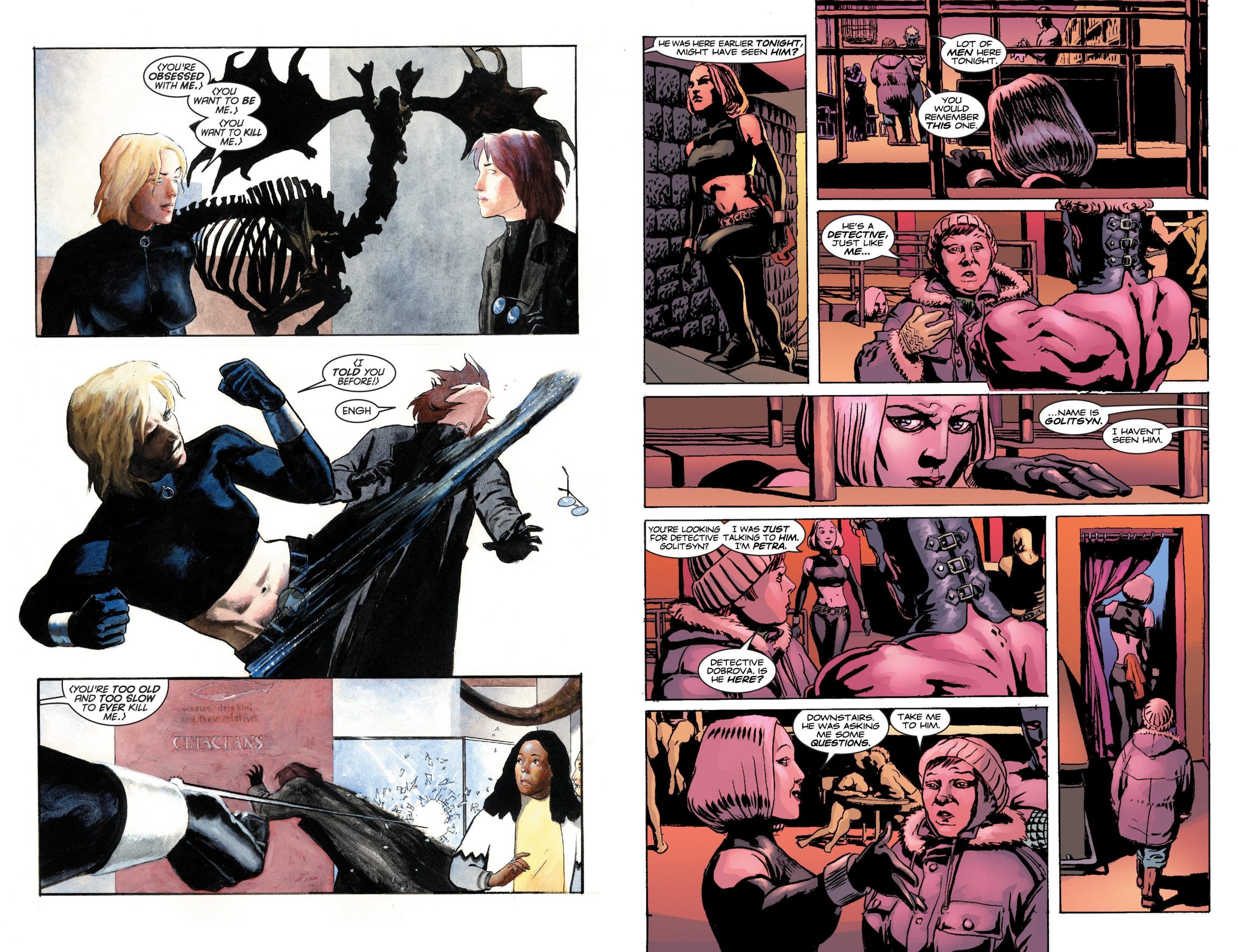 Marvel Knights was an imprint founded in the late 1990s enabling creators to take the darker Marvel characters and involve them in edgier and more adult stories. The Black Widow was treated to three outings, and an attraction of this collection is the inclusion of ‘Pale Little Spider’, Greg Rucka and Igor Kordey’s contribution never previously having been available in book form. It’s not obvious from Devin Grayson and J. G. Jones’ opening ‘Itsy Bitsy Spider’, but they form a neat trilogy.

A surprise awaits early in that first story when it becomes apparent the long-running Black Widow, Natasha Romanova, is replaced by a new model, Yelena Belova. Russia has continued the training and technology that originally resulted in Natasha’s designation, and with Natasha no longer serving Russia, the feeling is that the name is up for grabs. It’s an effective action romp, with both Black Widows on the same trail. Grayson collaborates with Greg Rucka and Scott Hampton for the more complex ‘Breakdown’, which deliberately instils identity confusion between both Black Widows. It’s a well conceived spy thriller, although obviously influenced by the movie Face/Off, rolled out to a satisfying conclusion. Both these stories were previously collected in hardcover as Black Widow: The Itsy-Bitsy Spider.

For ‘Pale Little Spider’ Rucka takes us back to the earliest days of Yelena’s career, when the driven student is given her first mission. It’s to investigate the man who took her in when she was orphaned and has supported and encouraged her ever since, now seemingly revealed as leaking Russia’s secrets after being found dead in a sex club. It’s a very dark story placing repressed desire at its heart, presenting greater adult content and completely contrasting the previous material. According to your own scale of indulgence it’ll either be Marvel taking a very uncharacteristically frank look at sexual appetites, or a sordid wallow in depravity. Rucka comments on costume fetish, and some of the dialogue could be seen as sniping at the presentation of the Grayson and Jones’ opener. That’s somewhat undermined, however, by Greg Horn’s exploitative illustrations placed between chapters. What plays out is a believable, but brutal scenario in which Rucka examines the cynical manipulative lengths the Russian secret services went to in ensuring the loyal puppet of the first story.

The art on each of the three chapters is very different. Jones has a refined superhero action style backed up with an eye for interesting storytelling, although he objectifies both women, revelling in the shiny form-fitting costumes. Scott Hampton’s middle section is very different, an exercise in sparse storytelling, making extremely good use of brilliant white backgrounds. It’s a memorable fine art approach, although Hampton’s quirk of giving all characters bright red tips to their noses is very strange. Kordey’s methods differ again, with very detailed locations and backgrounds, viewing the characters from a greater distance.

All three stories have something to recommend them beyond the Black Widow solo material that predated them, and Rucka’s involvement introduces a sophistication not previously seen with regard to spy techniques. Subsequent writers built on this work, but have only rarely bettered it.