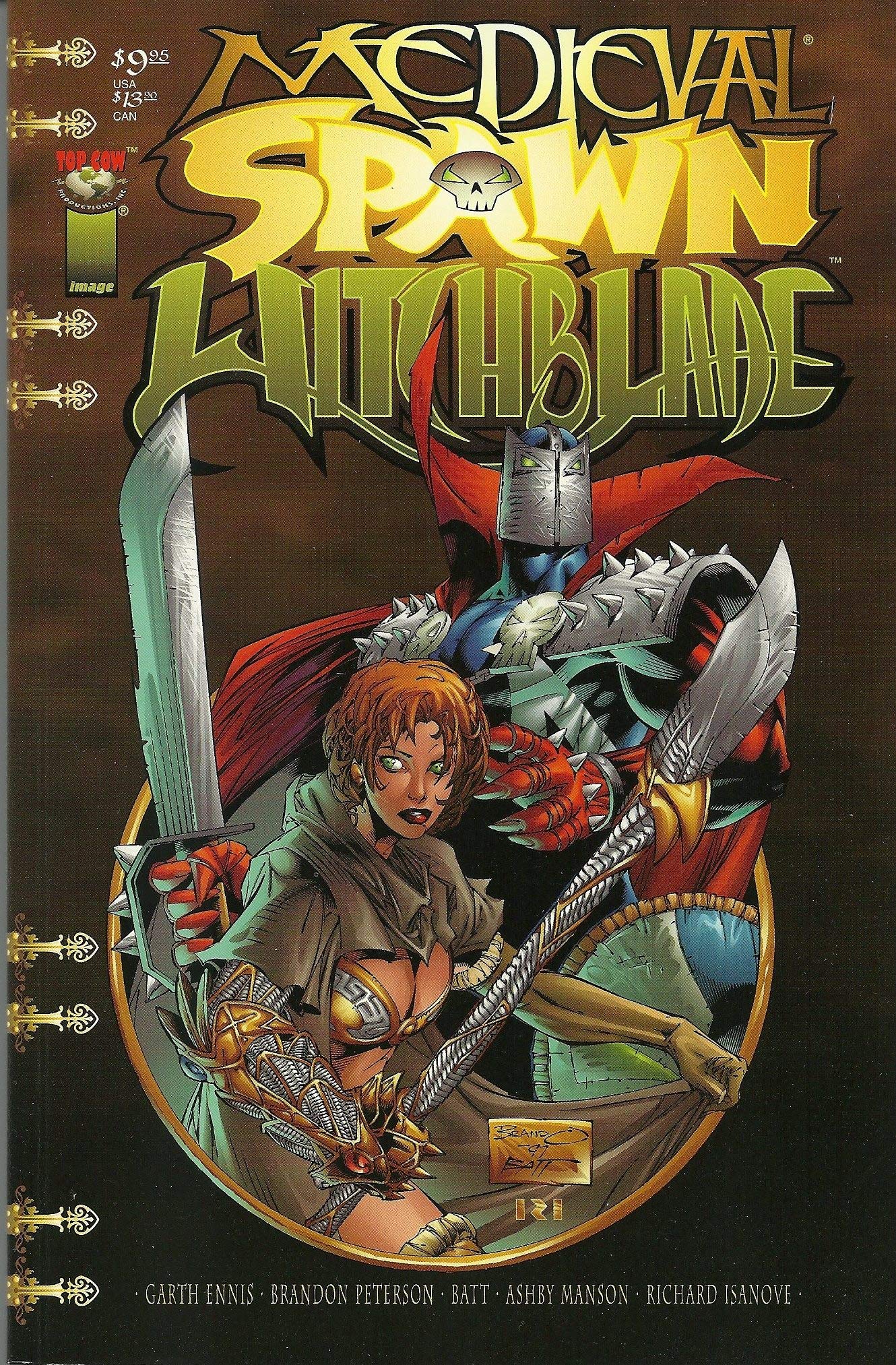 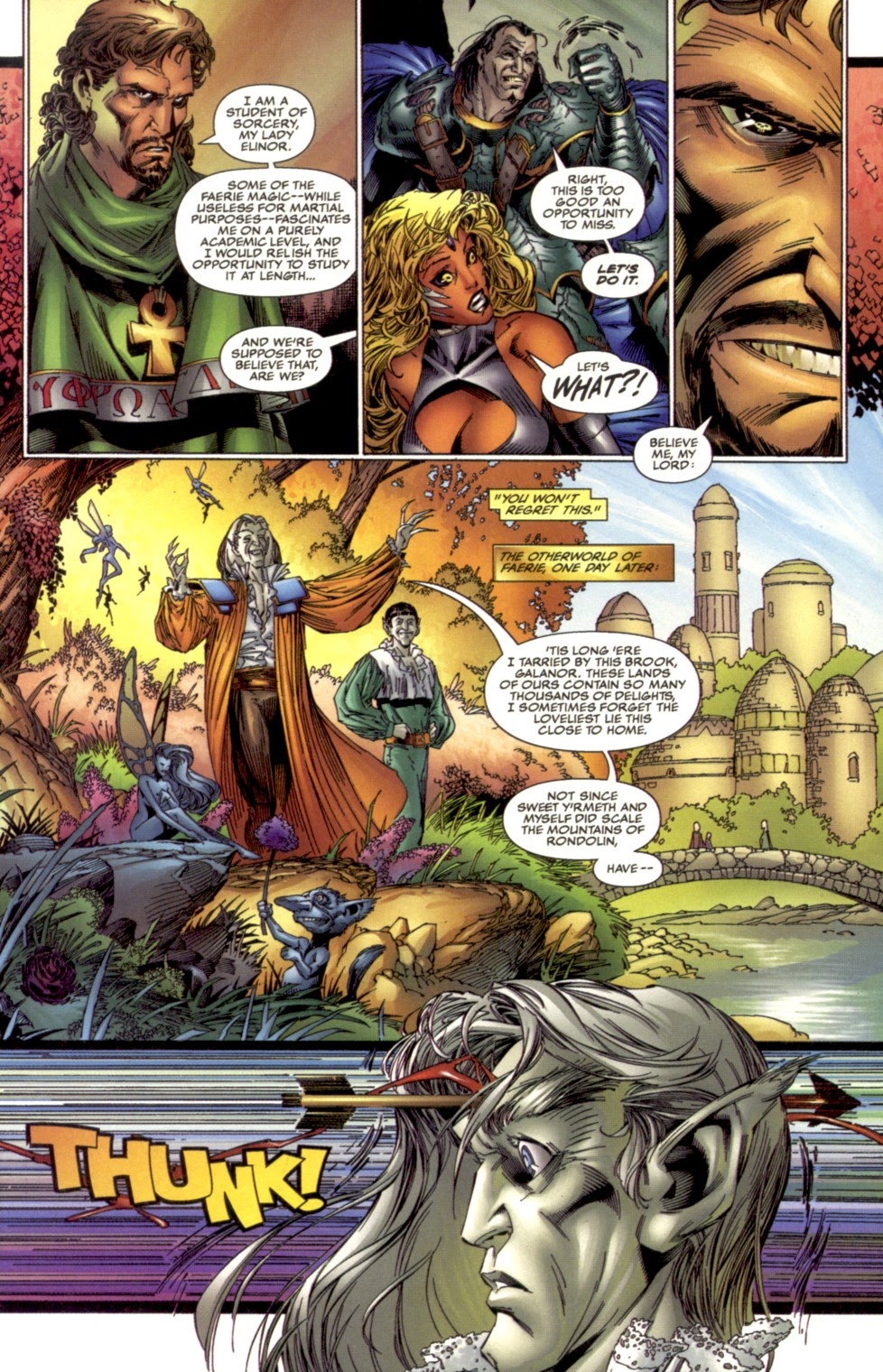 Rooting back in the relatively early careers of celebrated creators can throw up oddities such as Medieval Spawn/Witchblade. Let’s not pretend for a minute that Garth Ennis was straining at the leash to write either Spawn or Witchblade, but in 1996 when a job was offered, he took it. He’d been successful with Hellblazer, but Preacher, the series that really made people realise how good Ennis could be, was still in the planning stages. In the meantime the roof needed kept overhead, so we were granted a glimpse at the medieval versions of Spawn and Witchblade, who, it turns out, aren’t very different from their modern day counterparts, just less prone to introspection. Spawn is a merciless and brutal agent of slaughter, and Witchblade a near-naked woman with attitude. As a bonus Ennis also throws in the Medieval wielder of the Darkness. If there’s any doubt about how seriously Ennis took the project, check out the sample page, or consider that this incarnation of Witchblade finds her contraption in a dung heap.

The pair are united by the threat to Faerie posed by Lord Cardinale, keen to expand both his territory and his reputation for brutality. There’s not much to Ennis’ plot, but it keeps the pages turning via constant carnage, all of that illustrated with considerable, eye-watering detail by Brandon Peterson, working in the 1990s Image style, but patently a better artist than most who did. He takes over the destinies of some characters in a later piece titled Arcanum.

Spawn and Witchblade are a lot lighter here than in their tortured 1990s incarnations, and frankly more fun, but this is neither Ennis nor Peterson at full stretch. They weren’t involved in the sequel that appeared over twenty years later. 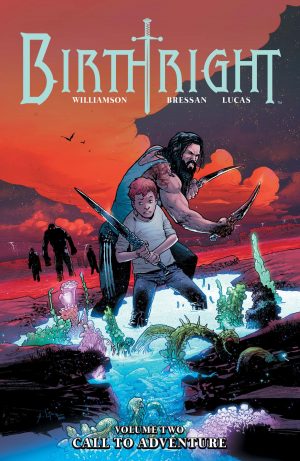 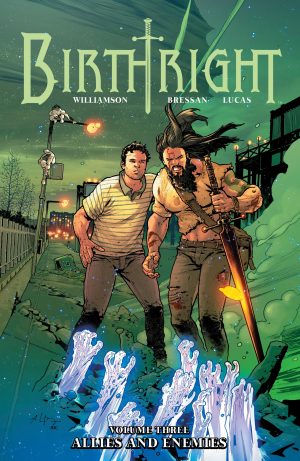 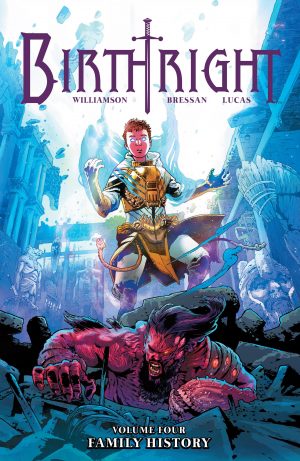