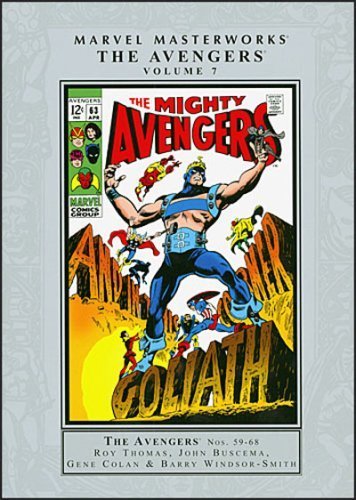 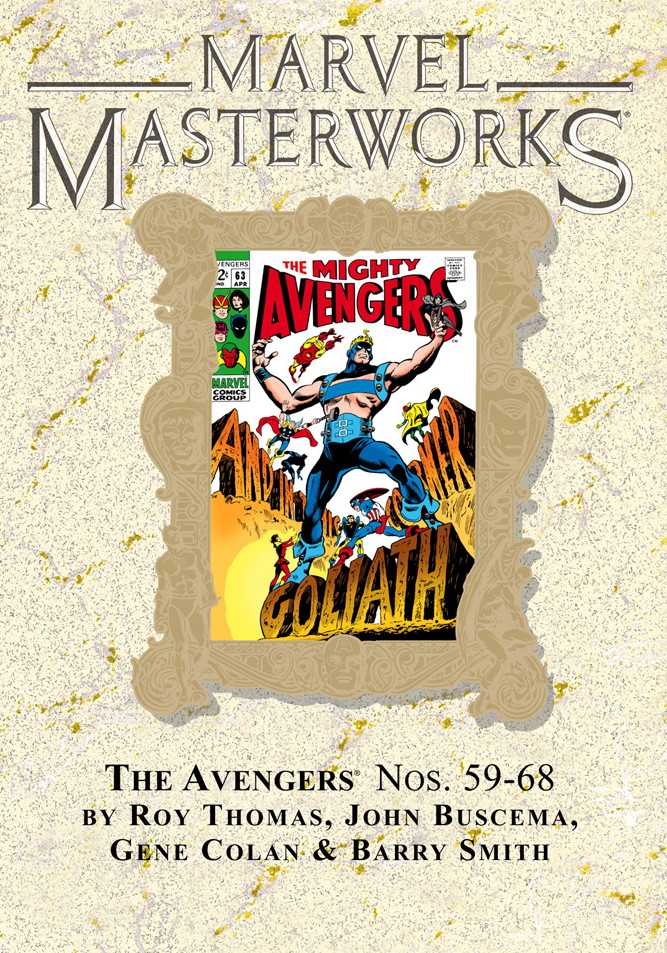 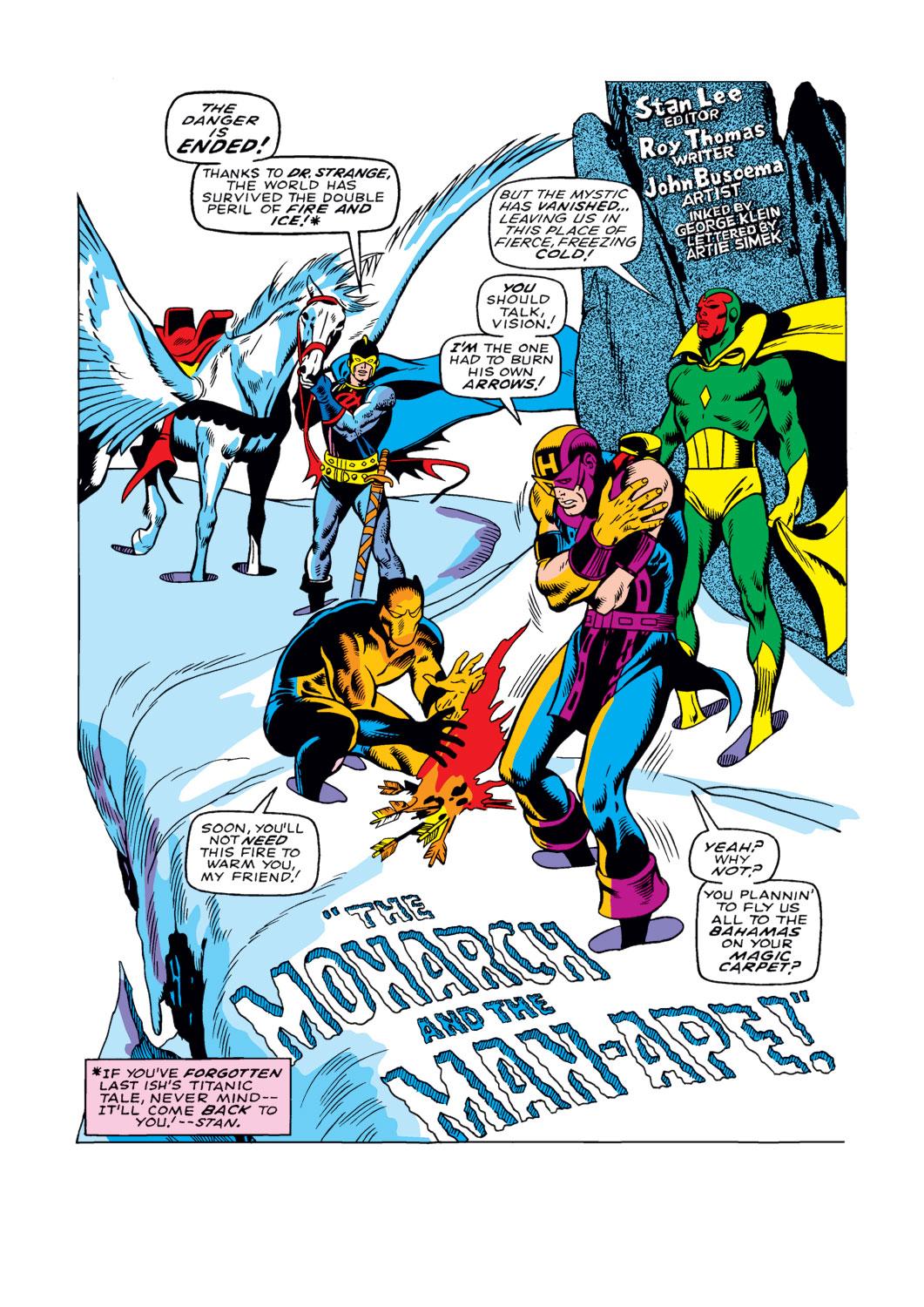 As a collection this is a step back from the previous volume. Roy Thomas is becoming ever more experimental with his scripts, but on those that work he’s not always paired with the right artist, and some glorious art accompanies not entirely successful plots.

This was the time when Thomas grasped the scope of what the Avengers could be, and the most ambitious story here places them between the immense power of Asgardian frost giant Ymir and mephistophelian fire demon Surtur. John Buscema’s title page rendering is awesome (not a word to be cheapened), but although the story points to what Thomas will do very well in the future, it’s melodramatic and spends too much time predicting the threat rather than focusing on it.

Almost matching that ambition in plot terms, but in a more down to Earth manner, is the opening story in which a new hero, Yellowjacket, appears on the scene and the Wasp surprisingly announces she’s marrying him: “I’ve got another chance for happiness and I won’t let this one slip away. Not for anything”. Thomas cranks up the whimsy from the arrogant arrival of Yellowjacket, delivers a guest-studded wedding, and throws in the comedy villainy of the Ringmaster and his Circus of Crime. It’s completely nuts and works on every level, and as drawn by Buscema it’s the best fusion of art and story. Setting aside the title pages, Buscema’s peak is the African introduction of the preposterous Man-Ape, in which he depicts a lithe Panther in what’s almost a solo tale, and a glorious kingdom of Wakanda meshing technology and tradition.

Gene Colan is equally impressive as inked by George Klein, although at first subsuming his own page designs to mimic Buscema’s previous layouts. His own style thereafter, so elegant for solo characters, doesn’t adapt as well to a team. His first issue sees Hawkeye shift identities to become Goliath as Thomas recognised a lack of raw power in the Avengers, and Colan gives the closing battle of the giants in the novel playground of Coney Island a suitable scale.

It’s evident that Thomas is supplying greater character to the Avengers. Hawkeye’s given a civilian name and background, he establishes Yellowjacket’s mental health problems, and fleshes out the Black Panther, but this upsets the established equilibrium. The plots he sets around these character explorations aren’t as interesting as those he previously delivered.

The book’s closer is the first Avengers tale extended over three issues, and features the pencilling of Barry Windsor-Smith, then just starting his career and very much in thrall to Jack Kirby. He delivers a creditable impersonation, but for every startling image there are several awkwardly designed pages and oddly posed figures. It accompanies a verbose and sometimes painfully self-analytical script featuring a rapid return for Ultron with an unconvincing and overwrought ending. The final chapter of Sal Buscema imitating Smith imitating Kirby is a few layers of homage too far.

While far from the finest Avengers collection, there’s still much to admire, just not at that hefty cover price. These were Thomas’ final faltering moments on the title, and Avengers Masterworks 8–10 are his golden era. This content is also available in black and white on  pulp paper in Essential Avengers 3, or with much of volume 8 in the colour Epic Collection Behold… The Vision.