Marvel Epic Collection: The Incredible Hulk – The Fall of the Pantheon 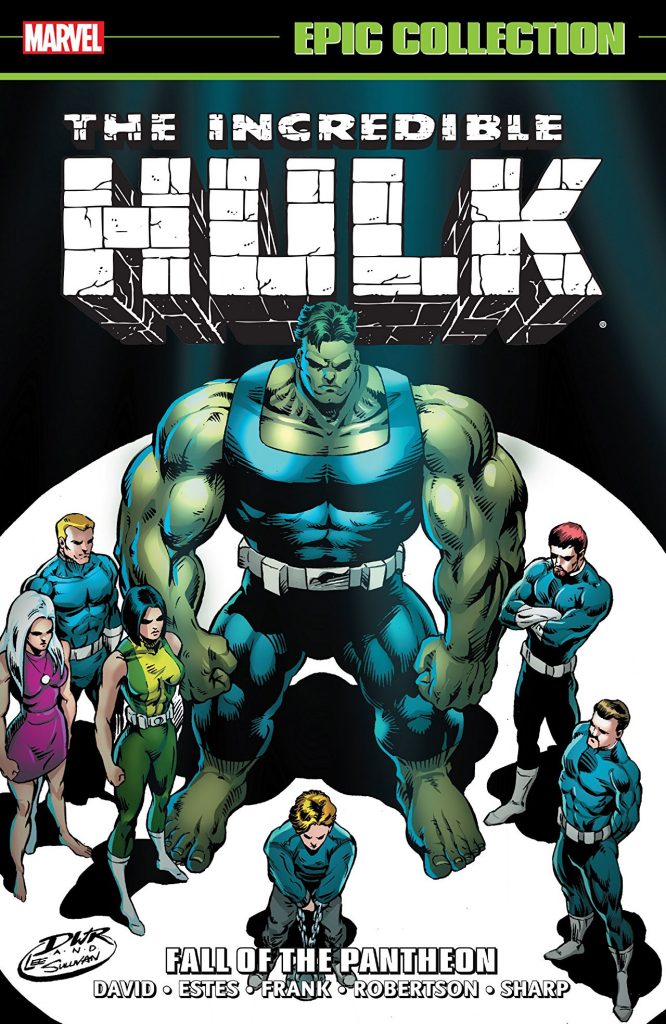 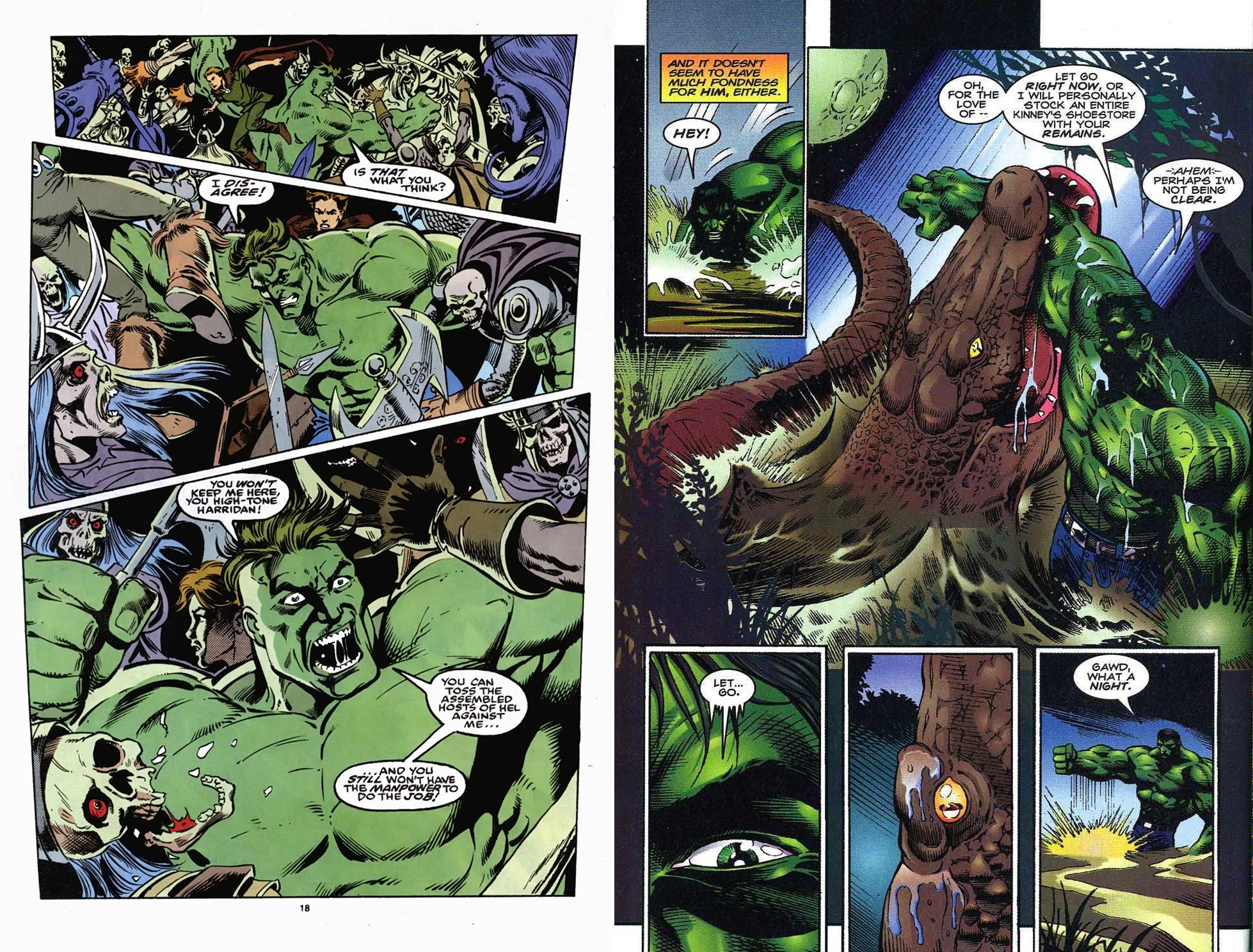 Throughout Peter David’s long run writing the Hulk he’d pull the rug from under expectations by completely shifting the tone of the series, and that happens again here, with another neat and inventive twist on the Hulk/Bruce Banner relationship.

Continuing from Future Imperfect, ‘The Fall of the Pantheon’ story has a clever underpinning, and the revelations will surprise, but it’s a little too arch considering how the Hulk was introduced to the Pantheon. It’s also diminished by switching artists midway through the finale. Gary Frank’s Hulk (sample art left) might have continually grown in proportion to the normal human cast, but Frank supplies solid storytelling and effective visual characterisation. Liam Sharp (sample art right) is a very different artist. He provides an enormous amount of detail and decorative elements for a few pages per story, and the remainder suffer, being dashed off with poor figures and barely any backgrounds. His Hulk is impossibly muscled, with preposterously bulging veins, his women ridiculously proportioned, and in order to enable the pin-up spreads much of the remaining story is cramped into sequences of very small, sketched panels. It’s not a style that’s aged well, and at its worst the result is gruesome looking pages.

An early story showcases David’s strength of producing an interesting read by rendering the Hulk powerless. It conjoins an old friend of the Hulk’s dying of AIDS with Betty Banner’s work on a helpline, the ending bringing to mind Eminem’s later Stan. A similar sympathetic mood ought to be present in a subsequent look at unwanted teenage pregnancy and the American debate over abortion, but Sharp can’t adjust his style to convey it adequately. Both stories are an indication of how David shifts emphasis in this collection of work from 1994 and 1995. For the most part the super-villains are absent, and those that appear do so in the context of the Hulk’s involvement in the problems besetting the small town in which he’s hiding. The tone isn’t that far removed from the 1970s Hulk TV show, although with David’s facility for dialogue, it’s far funnier. “I’m all for the subtle approach”, the giant green brute tells the New York police.

Other highlights? A unique Hulk vs Thor battle, a game of baseball with the Rhino, and a change of pace encounter with the Abomination that Sharp’s art can’t give the needed emotional weight. Terry Dodson, Justiniano, Chris Renaud, and Jim Craig also draw stories, with Dodson the most polished. The best of the guest artists is John Estes on the opening story. He paints his pages in a style reminiscent of Dan Brereton (who one of the civilian supporting cast resembles), and makes some unusual, but effective colour choices. Hulk teams with Ant-Man and the Wasp facing a serial killer whose crimes were based on tales from Norse mythology. Not much of a match for the heroes, you’d think, but David’s plot accounts for that to provide a proper challenge, and he incorporates Norse myths not then seen in Thor for a terrifying tale of the Gods’ power abused.

At its best in the early pages there’s a lot of fun to be had with Fall of the Pantheon, but so much of the following material has entertaining scripts not matched by the standard of art and storytelling. Sharp would become a very good artist, but only the hint of that is displayed here. Ghosts of the Future is next.