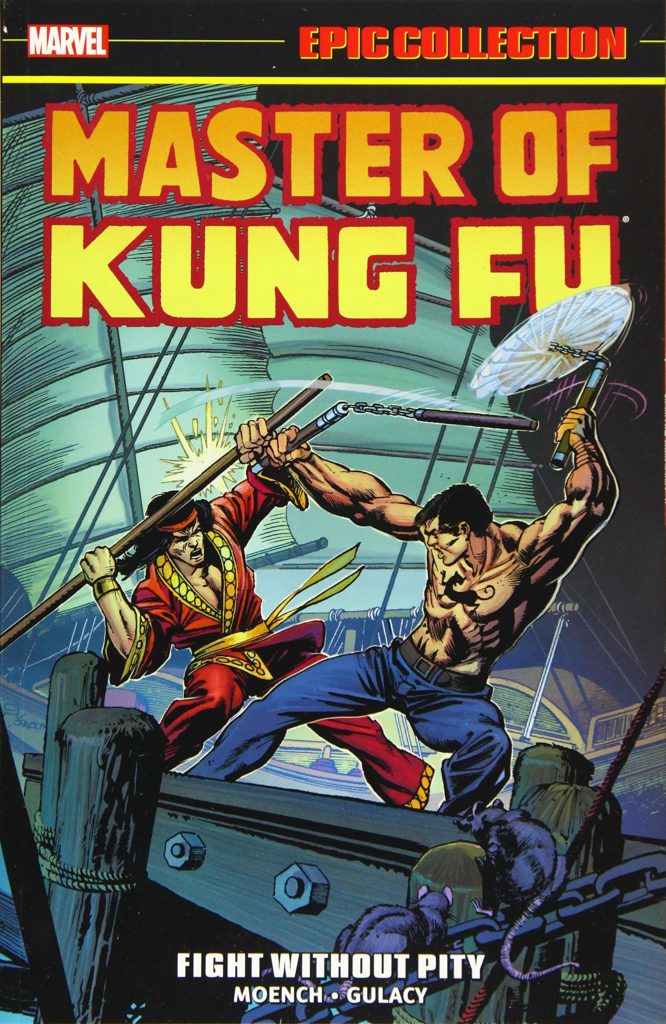 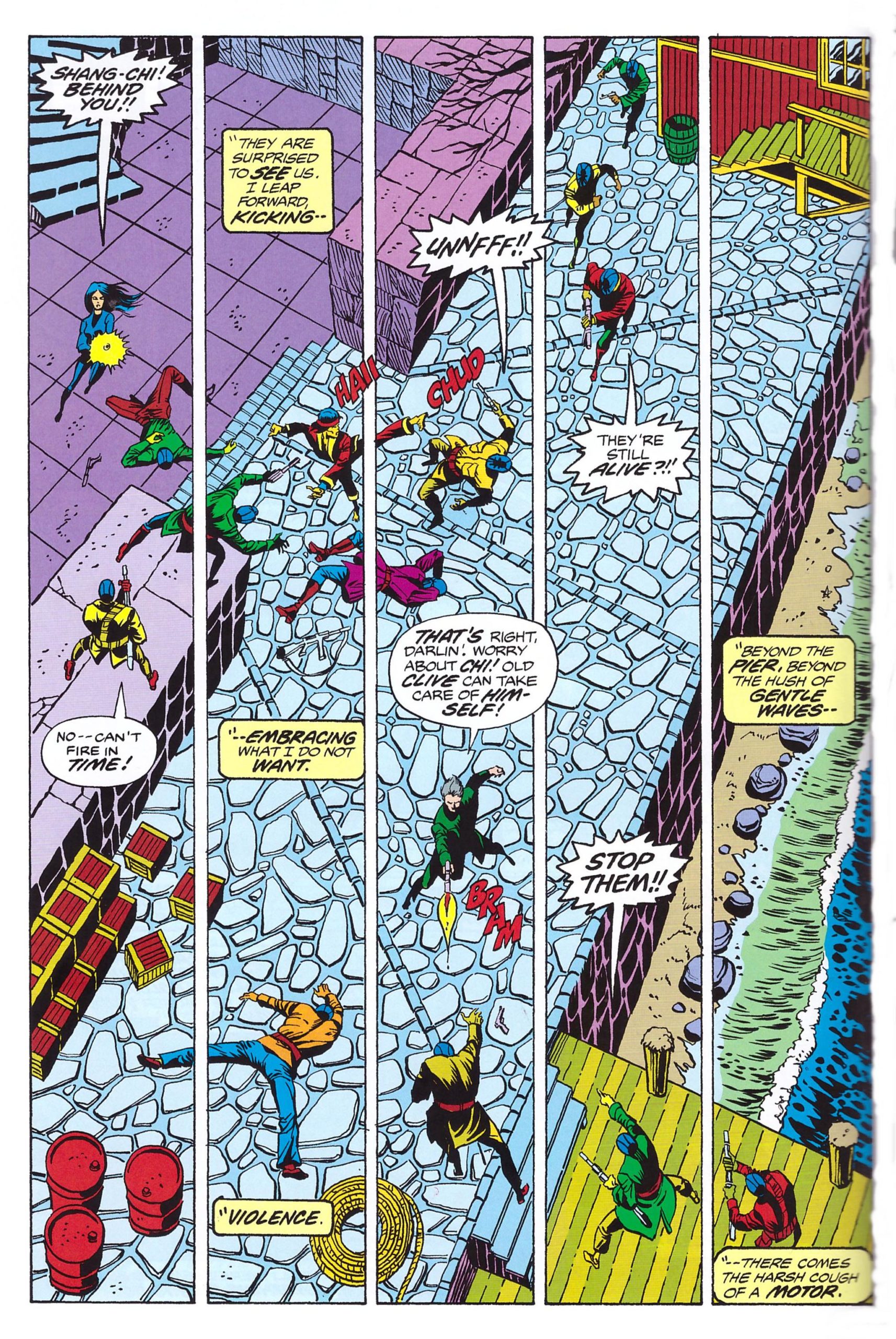 If you’ve heard how great Master of Kung-Fu was back in the day, back when Doug Moench and Paul Gulacy were really on fire, this is the collection you need to pick up. Because Marvel are paginating their Epic Collections a little differently from the hardcover Master of Kung-Fu Omnibus this is a real quality selection, adding a classic story from the end of the first Omnibus, while leaving out the disappointing material from the end of the second. Almost the entire page count is classic Moench and Gulacy, and this material has matured in the manner of fine wine or cheese.

A notable visual sophistication on Gulacy’s part builds on the experimentation seen in the final stages of Weapon of the Soul. These pages are steeped in atmosphere and memorably composed, their cinematic influences acknowledged by Marlon Brando, Marlene Dietrich and David Niven playing their parts. In a single memorable issue a sequence is told as reflections on a pendant, a fade and reveal from one woman to another uses light as a motif, the metaphor of a Siamese cat following Shang-Chi around Hong Kong, and a stunningly choreographed martial arts fight. Gulacy is excellent, with the caveat of minor quality variations due to a succession of inkers.

Moench’s narrative techniques were equally sophisticated in the 1970s, although now more commonplace, such as panels flashing forward interspersed between explanations of how matters reached that point. He employs first person narrative captions rather than thought balloons, although more verbose than today’s equivalent, bestowing a contemporary quality. Moench also established a complex emotional triangle at the heart of the series, and doesn’t rest on his laurels, consistently creating imaginative kung-fu styled villains.

Work of Gulacy’s quality couldn’t be produced to a dozen monthly deadlines a year, and he eventually burned out, this collection featuring his final series work beyond some covers. Any fill-ins aren’t worth your time, cobbled together by Moench at short notice, and with the best will in the world Keith Pollard is no Gulacy. Neither is Jim Craig, although he tries harder. There are enough fill-ins to drag the overall rating down slightly, but the Moench and Gulacy collaborations are lightning-paced action thrillers among the finest of 1970s Marvel, and so good they remain five star material. The collaborations broadly break down into three main stories, with some prologues and interruptions. The first longer piece is a James Bond style thriller complete with mad villain and all kinds of devices. Two poetic chapters provide the title story, Shang-Chi sent to Hong Kong to extract an MI5 agent and running into a martial artist that’s possibly better than him.

Including the prologue chapters, Gulacy’s finale runs to ten chapters, with Craig providing the epilogue. It’s a cinematic action thriller starting small by introducing a new MI5 agent called Larner, and rapidly escalates as Shang-Chi and his MI5 colleagues eventually have to deal with a threat to the entire world. Moench has each of the core chapters narrated by a different character, now so confident with the cast he switches effortlessly between their speech patterns, and he throws in twists that will still surprise. This is truly a timeless triumph.