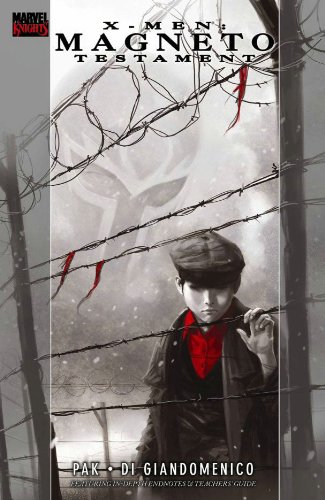 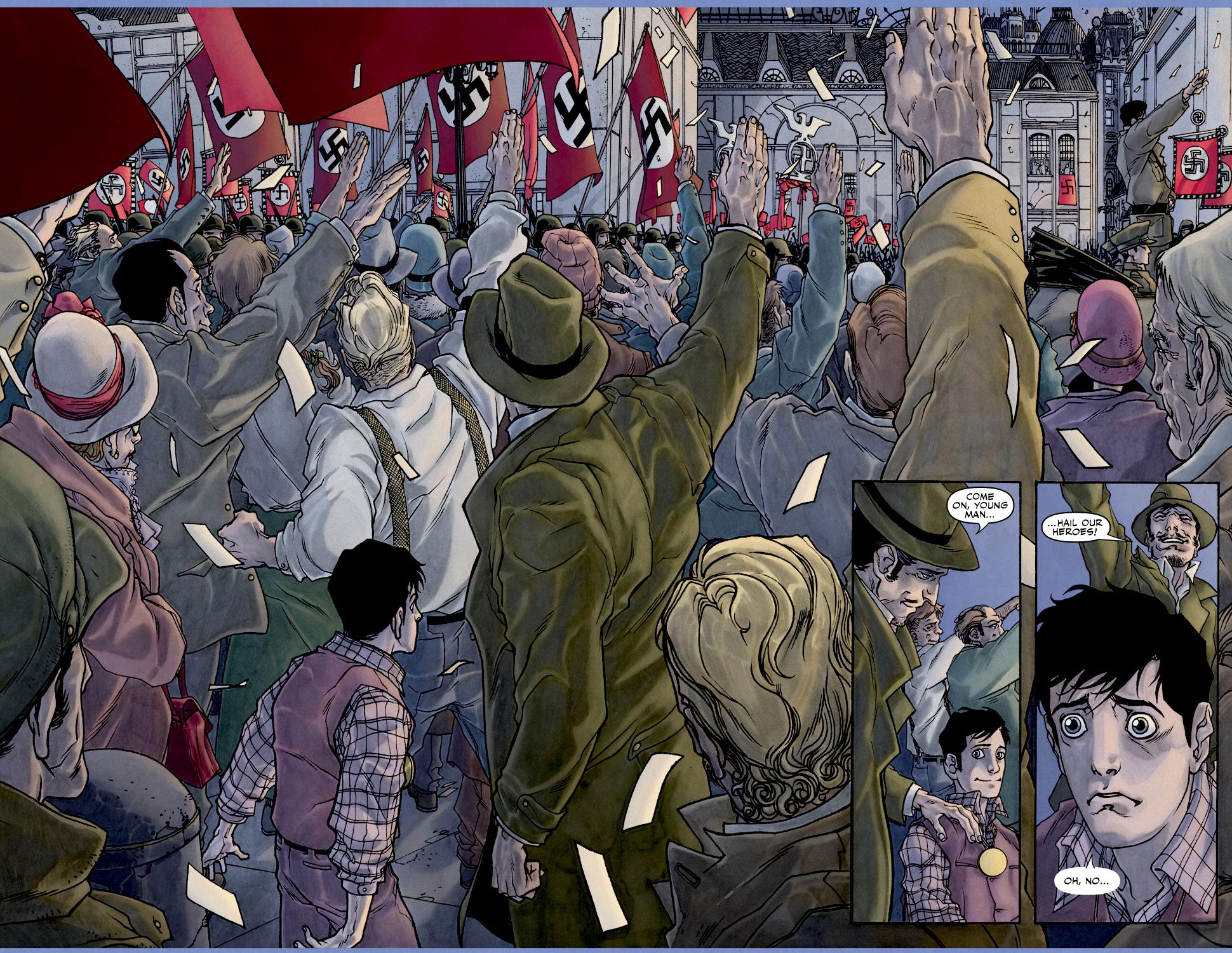 For all Magneto’s status as a major league character dating back to the earliest days of Marvel, and for all the work carried out by Chris Claremont in X-Men transforming him into a multi-faceted personality, he’d been ill-served when it came to a solo career. There was but a single 1990s miniseries to his name before this exploration of his background.

The bare bones were already there, part of Claremont’s reconfiguration, establishing Magneto’s Jewish upbringing, his family wiped out in a Nazi concentration camp. Within Testament Greg Pak has the luxury of five chapters to explore these formative years, beginning with a nine year old Max Eisenhardt in happier times. This soon changes as the inequities and relentless persecution employed by the Nazis change circumstances for Max and his family.

As this is long before Magneto’s powers developed, Pak is employing some sleight of hand. Max Eisenhardt is an everyman experiencing appalling times, and while there are well-constructed moments of achievement and small victories, these are tempered with the knowledge of what’s to come, a knowledge young Max doesn’t possess. The story progresses from 1935 to 1944, from comparative calm in Germany through the squalor of the Warsaw ghetto to the ultimate horror of Auschwitz. Pak weaves his story through historical events, personalising them via Max.

Artist Carmine Di Giandomenico employs a largely naturalistic style, but using outsized eyes to induce extra sympathy for the Jewish characters. He has some ghastly events to illustrate, and conveys them in discreet fashion with no attempt to sensationalise. Each chapter contains one double page spread, displaying Di Giandomenico’s eye for detail, both the most stunning and depressing being a vast vista of spectacles in the fourth chapter. It’s a powerful visual motif. Matt Hollingsworth’s gloomy palette is also extremely important in maintaining the correct atmosphere.

That was partially determined by the content tying in with a project aimed at raising awareness of artist Dina Babbitt’s ongoing attempts to reclaim drawings she produced while a prisoner of the Nazis in Auschwitz. The Auschwitz Museum refused to return her art, and a short additional black and white strip by Dr. Rafael Medoff and Neal Adams relates her horrific teenage experiences, and an afterword details the feeble excuses provided by the museum when refusing to hand her art back.

Testament is a worthy and worthwhile project, but there is some deceit involved, particularly by slapping an X-Men logo on a book to which they have no connection. The moral question is if this is justified by the educational aspects to be experienced by X-Men fans who’d otherwise remain ignorant.