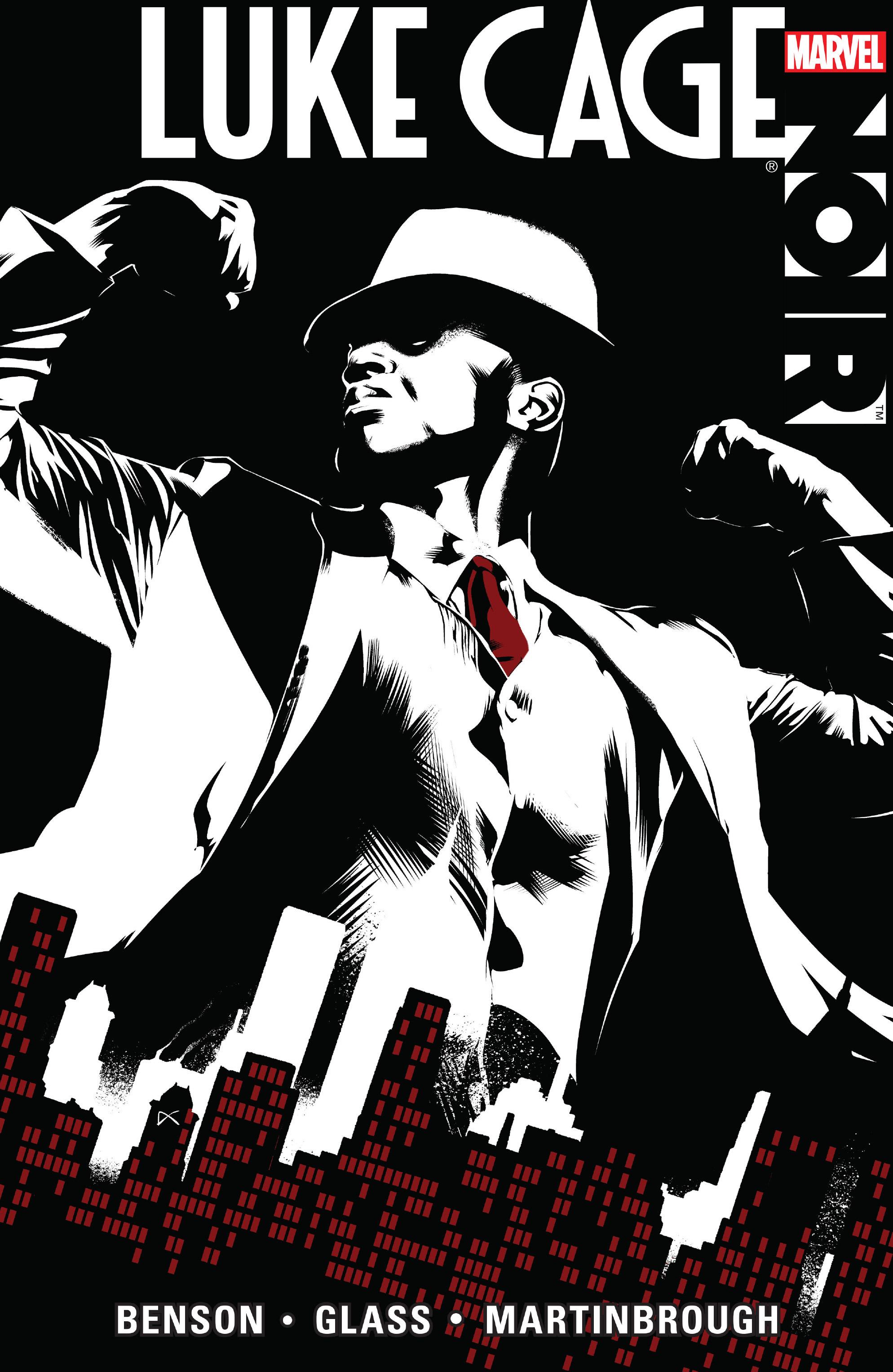 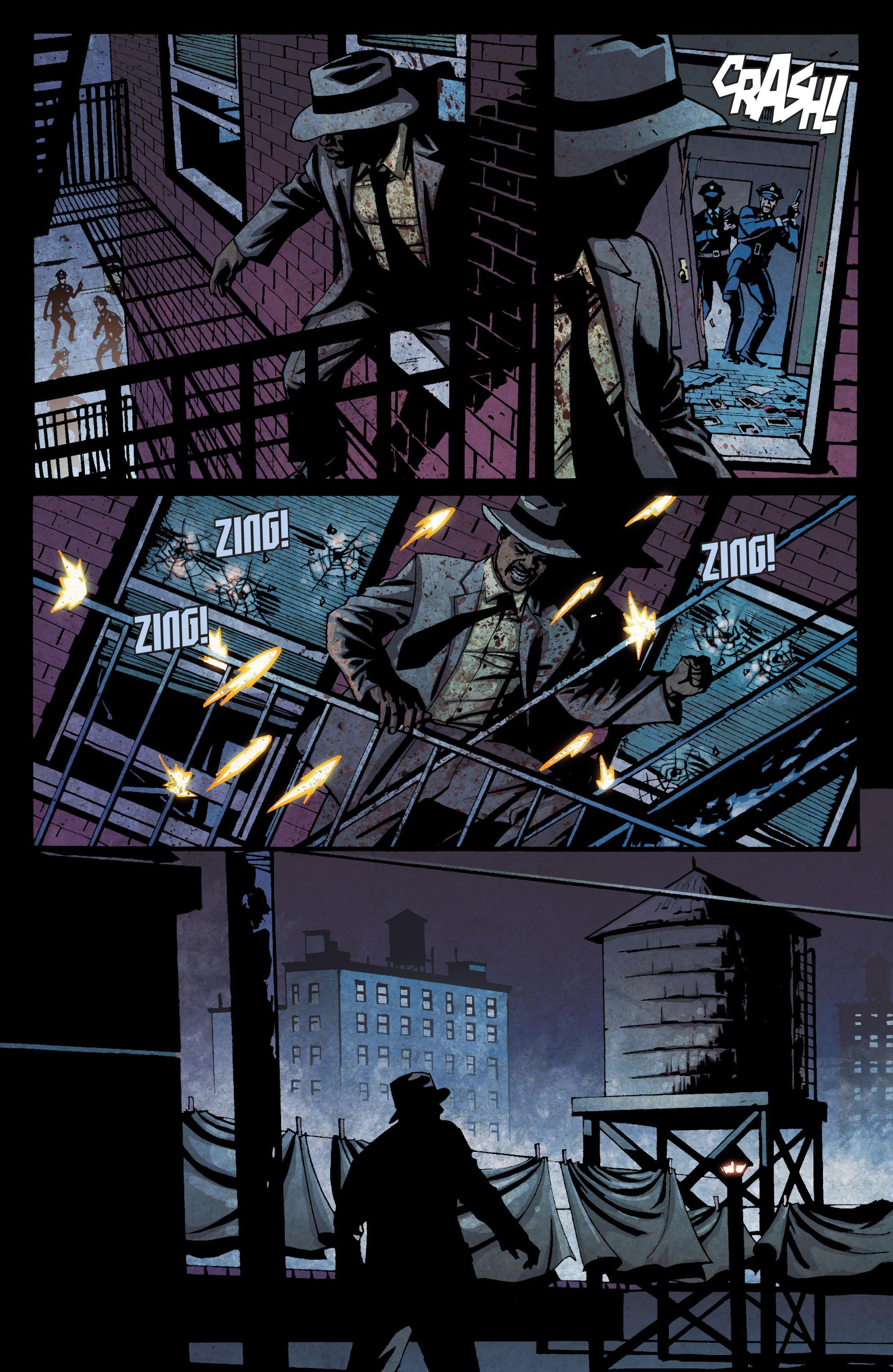 These days he’s played as a cuddly and almost a “Why, I oughtta…” type, but when introduced Luke Cage was supposed to be cutting edge. Well, for Marvel Comics in the early 1970s, anyway, and he then progressed to running his own investigations agency. This being the case, there’s possibly no Marvel character that would slot into a world of noir crime better than Cage, and this 1930s re-make provides a compelling case.

The basics of this re-booted Cage are pretty well the same as the original. He returns home to prohibition era Harlem after doing his time, rumours abounding of steel hard skin, the result of participating in a medical experiment that shortened his sentence. Things have changed, and his girlfriend died in a house fire.

Mike Benson and Adam Glass’ script is clever. It dances around assumptions and uncertainties, Cage’s reputation enough to prevent trouble over the opening chapter, while teasing those familiar with Cage’s origin story. The bigger plot is set in motion by a wealthy white man who hires Cage to discover how his wife ended up murdered in Harlem, a death in which the police are displaying very little interest. The logic is that Cage can meet the right people and ask the right questions in a manner not possible in Harlem for a white private detective.

Shawn Martinbrough’s gloomy stylings create the ideal 1930s for Cage to inhabit, and he grows into the role of set-upon putz very well, gradually pulling together enough scraps of information to complete the big picture.

When revealed, Benson and Glass’s plot is relatively simple, but emotionally strong, and the manner in which the final element slots into place has a satisfying symmetry. The original need to serialise over four comics, each ending with a shock creates a bumpy ride, and attempting to be true to the jive vernacular of the period (and to that of the 1970s Cage) is a mistake, as it may be well researched, but it’s constantly distracting and distancing. A more timeless form of dialogue would have been a better option. Cage’s inner voice, though, is strong and he slots comfortably into the expectations of crime fiction.

Marvel’s experiment in recasting their characters by involving them in 1930s crime was a patchy affair overall, but Luke Cage is among the best. It’s now more easily located as part of a collection also featuring Daredevil and Iron Man Noir stories. 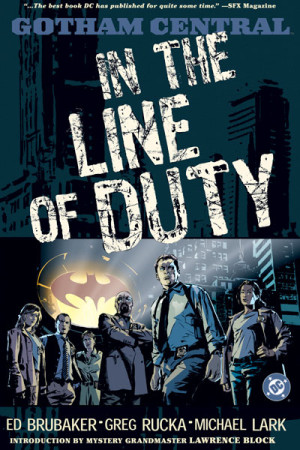 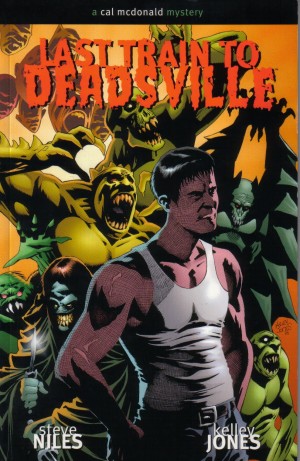