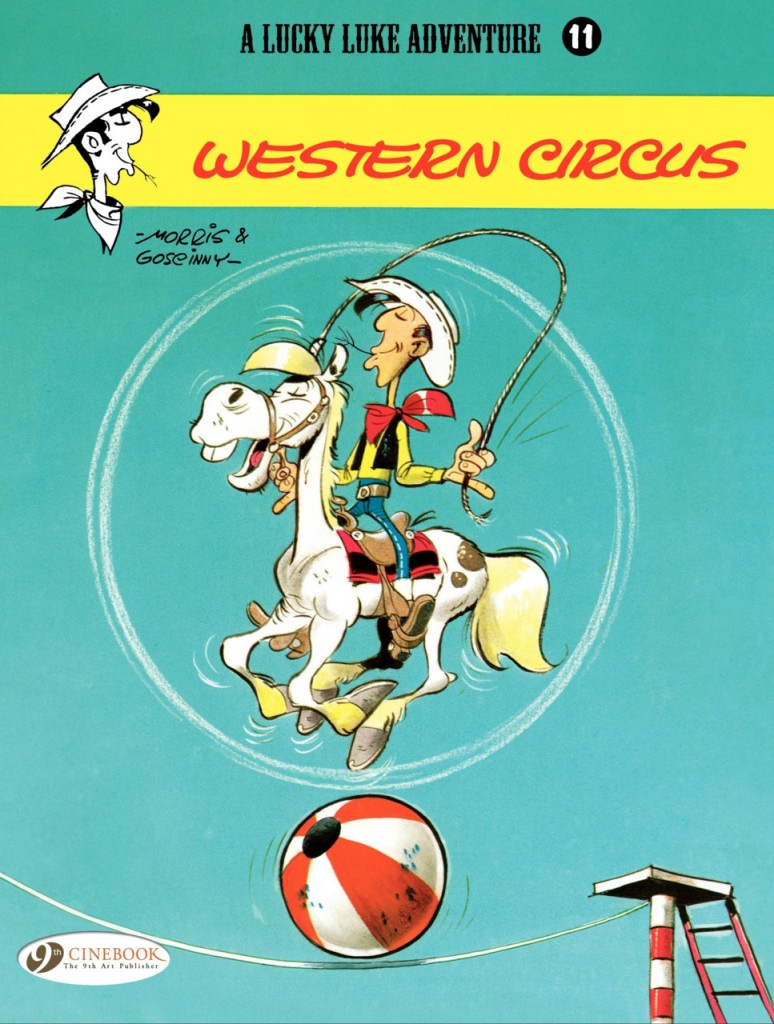 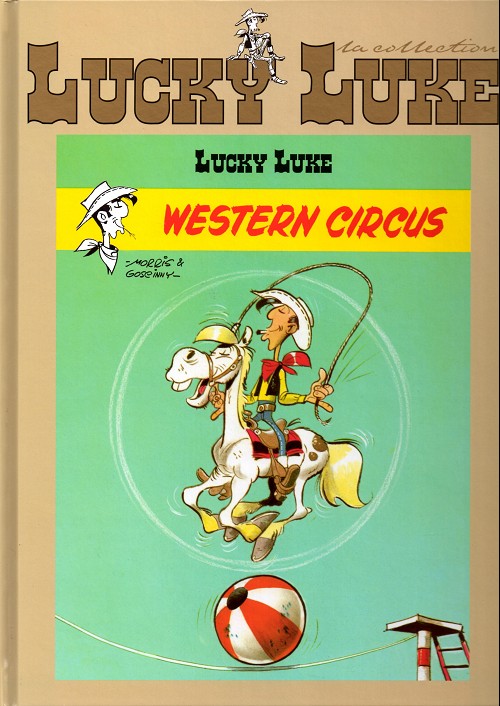 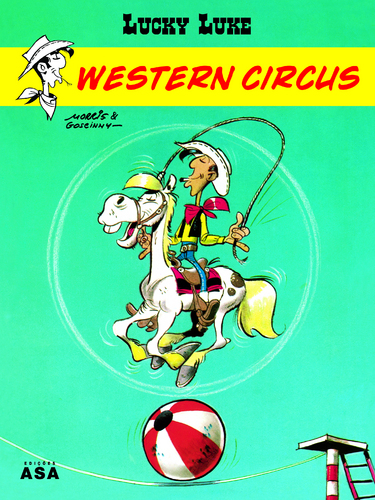 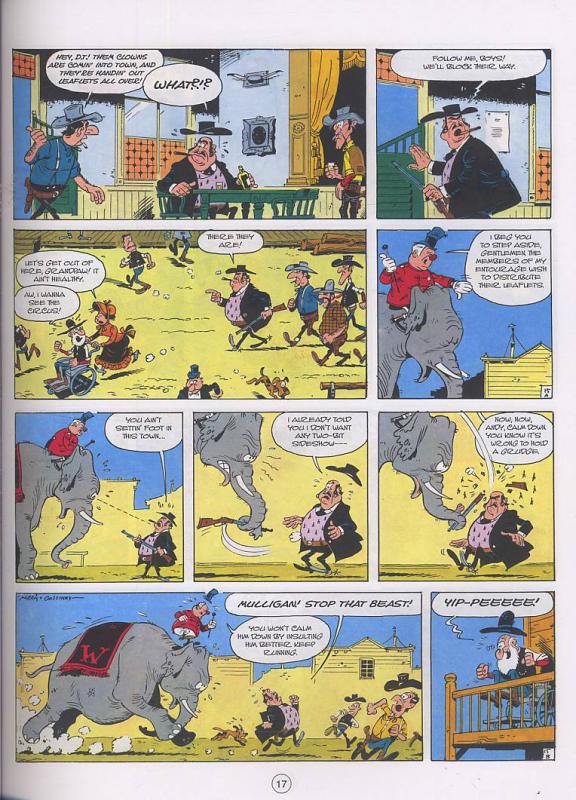 The Western Circus has come to Fort Coyote and, after helping the owner Captain Mulligan and his family out of a spot of bother, Lucky Luke and his faithful steed Jolly Jumper find themselves in show business. Trouble is, businessman Corduroy ‘D.T.’ Zilch practically owns Fort Coyote and the circus is drawing attention away from his annual rodeo. He’s not about to let someone else upstage him or ruin this sweet money-making gig he has going, but the show must go on and Luke’s going to have his hands full making sure his new friends live through it.

René Goscinny obviously understood human nature well because he would use human fears as a plot device, in this instance the fear people have of the strange and unusual, particularly when it comes to large and unfamiliar animals. He had a vast talent for transforming themes like this into comedy gold, satirising classic Western and Circus tropes with ridiculous situations. Jolly Jumper is used as a narrator of sorts who talks at the readers with a knowing wink, but also sends up the Roy Rogers and Trigger clever horse gimmick with a superb reversal of roles. This isn’t the first time (another book has Jolly playing Chess) but it is probably the funniest instance of Jolly skilfully turning the tables on an unknowing Luke.

Morris’ cartooning starts excellently, and amazingly keeps improving with every page, depicting wonderful scenic panels and characters that feel so utterly familiar. His caricatures of actor W.C. Fields as Captain Mulligan are brilliant, but this shouldn’t be surprising as it’s always been a standout for Morris. The paper quality isn’t close to the standard of the stock used for Asterix, for instance, and there are places where the art blurs a little toward the end. That’s really a small annoyance because the artwork in Western Circus is dynamic and the last few pages zing with energy despite this. It is a total riot of fun that is highly enjoyable!

Originally Apache Canyon was the next story to follow, although Cinebook chronology places The Rivals of Painful Gulch next. 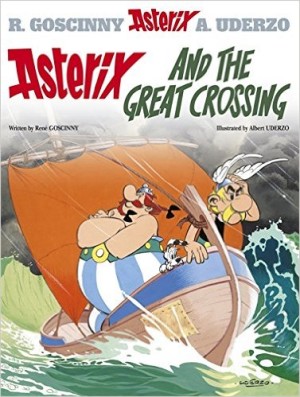