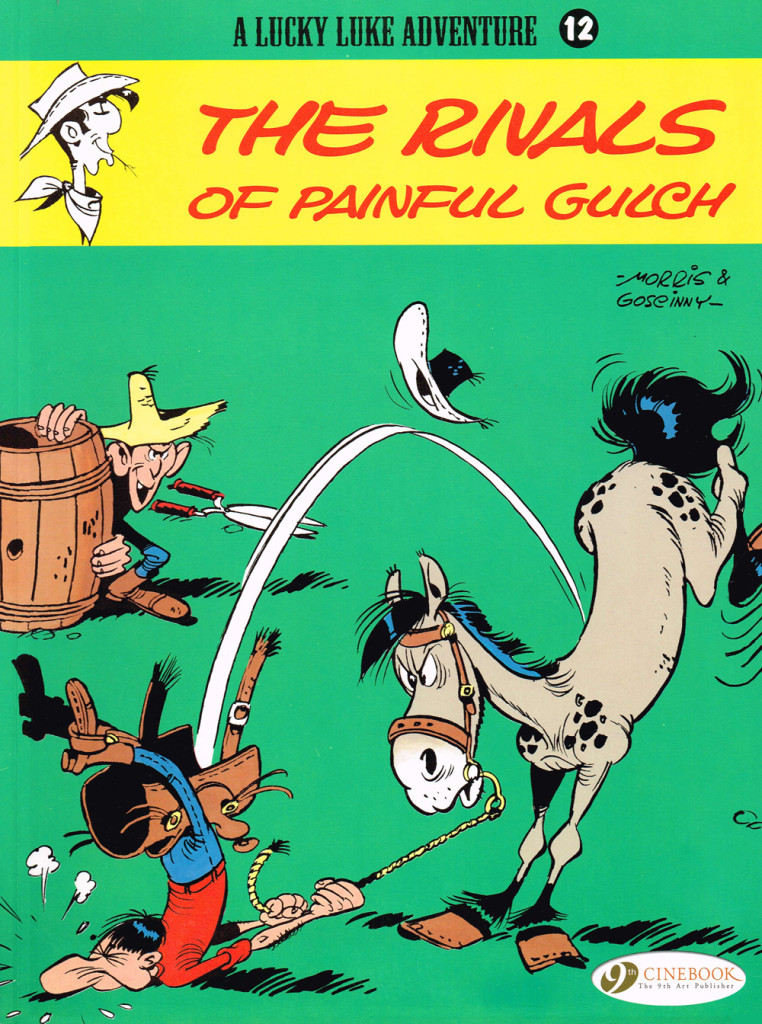 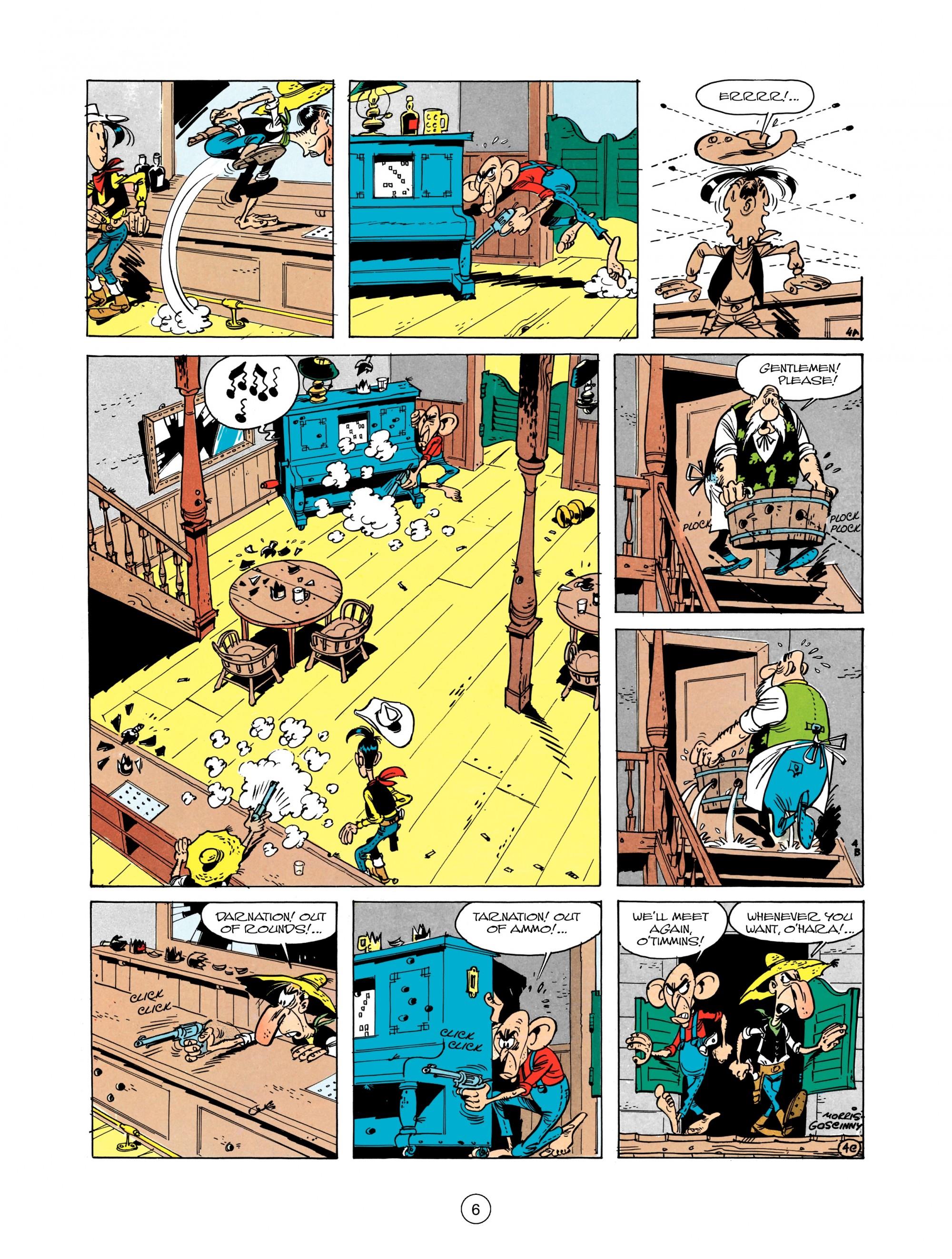 Artist Maurice de Bevère, aka Morris, and writer René Goscinny, here pitch Lucky Luke into a feud between two families. Before too long he’s elected Mayor of the beleaguered town, most unwillingly, and is forced to try to resolve the generations-old conflict.

Both families, fortunately, are worse shots than Imperial Stormtroopers, which reduces the death toll somewhat, as well as allowing a great deal of comedy to be wrung from the fact that not a single one of them could hit a barn door at ten paces.

Unlike other Lucky Luke books, there’s no actual problem to be overcome, apart from the obvious hatred each clan has for the other. Their feud is one of those ‘it’s been going on so long no one even remembers how it all started’ affairs, which removes the possibility of Luke resolving any external issue using his sharp mind. Instead, he has the more difficult task of changing the attitudes of narrow-minded bigots whose self-perpetuating ignorance only serves to lessen the quality of their own lives and everyone else that is caught in the crossfire (often quite literally).

Luke, wholesome and non-violent though he is, isn’t above bending the law if the situation warrants it, and here he relies on all sorts of ruses, from entrapment to arson to rigging contests, to resolve matters. His ultimate solution to the situation has echoes of an incident in another Lucky Luke adventure, In the Shadow of the Derricks, although the creators and the story are both somewhat restricted by the limitations and tropes of the Western genre.

Like many Lucky Luke adventures, women are largely absent, though when they do step up their innate common sense is instrumental in helping Luke end a conflict perpetuated by the work-shy men.

The artwork, as always, is professional and slick, though when compared to titles alongside which Luke is revered in Europe, it’s plain that considerably less time has been spent drawing each panel. Tintin was almost photographically accurate, and fight scenes from Asterix often featured what seems like hundreds of characters. These books aren’t as detailed, neither in terms of story nor art, though Morris is accomplished at utilising and depicting the familiar settings and characters from American Westerns.

Overall, this is an enjoyable tale that explores some of the same ground as that trod by Lemuel in Gulliver’s Travels. Although while the Lilliputians went to war about which end of a boiled egg do you break off, thereby illustrating how pointless and seemingly ridiculous reasons for conflict could be, the warring clans in this tale instead demonstrate how entrenched people can be in their opinions, even when the historical basis for such enmity has long been forgotten. Plus stuff being blown up is always fun.