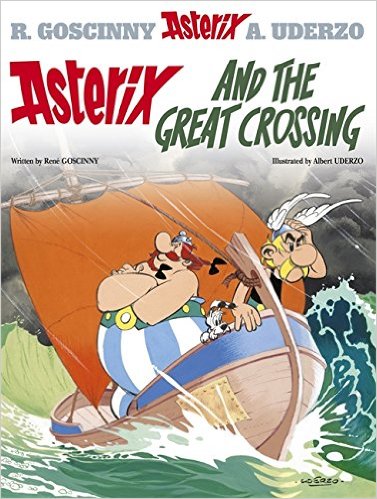 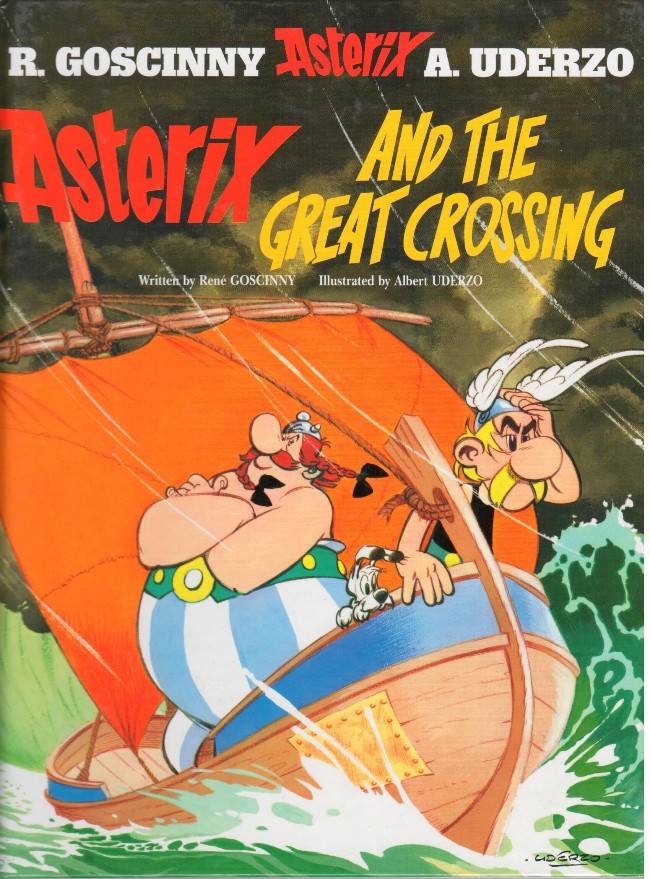 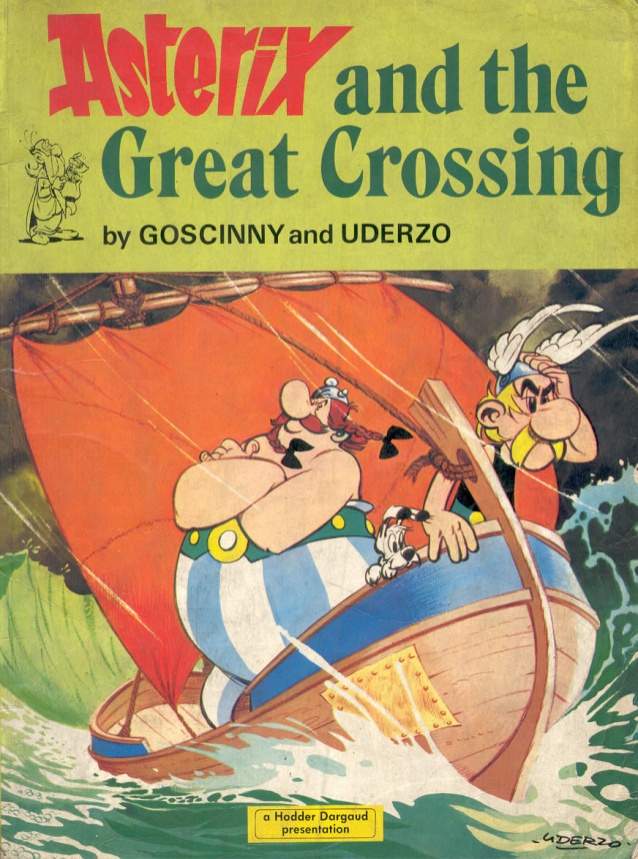 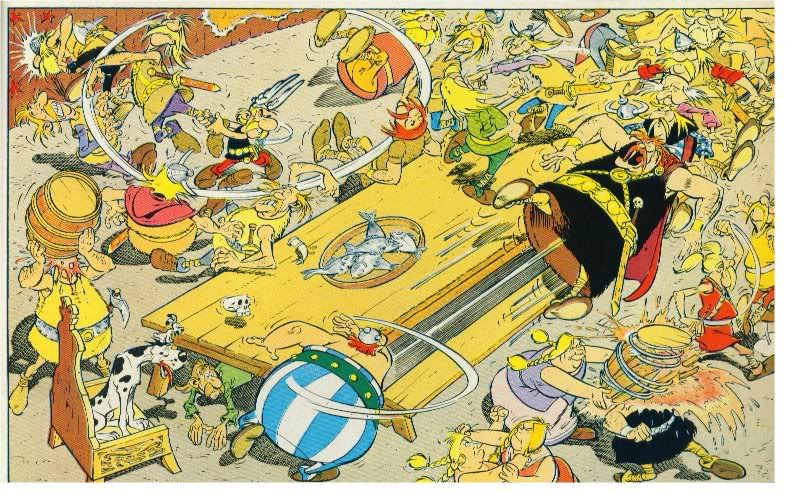 Something’s rotten in the village of indomitable Gauls but thankfully it’s only Unhygenix the fishmonger’s stock, a tad more ripe than usual. The problem is that Getafix the Druid needs a piece of reasonably fresh fish to brew the potion that helps keep the Roman legions at bay. As it’s a matter of village security and an excuse for adventure, Asterix and Obelix set sail in Geriatrix’s old fishing boat to save the day, but are caught in a storm that blows them of course. When they reach land things appear a little strange, especially the colony of “Romans” who paint their faces and dance around fires. In this New World where hunting, fighting, and feasting makes the boys feel right at home the question becomes how they will ever make their way back to their own village.

With some surprising edits to world history, writer René Goscinny and artist Albert Uderzo have the time of their lives sending up American culture with tongue-in-cheek fun at cross-cultural misunderstandings. The highlight is Uderzo’s detailed artwork, presented with a new vitality by modern retouches. Using a technique he employed in Asterix in Switzerland, he inks a sequence of panels, either a dark black for the night or glossy white representing thick fog with only Goscinny’s dialogue on the page. To prevent confusion Goscinny has the characters address each other by name. It doesn’t seem like anything extraordinary until Uderzo breaks the dark with a colourful sunrise, light glowing on the horizon, or a grey wintry morning, the effect practically breathtaking and arguably among Uderzo’s best work if only for the beauty of its utter simplicity. The environment of both the New World and the snowy wastes of Denmark are incredibly detailed and have an enchanting effect.

The trouble with The Great Crossing is that the representation of Native Americans could be perceived in either of two ways. In the first instance, Goscinny and Uderzo’s undercurrent of “you would really be nothing without the French, you uncultured barbarians” smacks of colonialist views of white Europeans civilising the wild savages. In the 1970’s post-colonial world this attitude was still present and so this story may just be a product of its times. On the other hand, Goscinny was known for hiding social satire in his work, so this could be a commentary on the US Government’s altering of their policy on Indian Territories from one of “termination” to self-determination which brought positive reforms to a previously disenfranchised group. Whatever you decide to go with, the story remains funny, even if you feel guilty enjoying it.

It’s among the last of the books Goscinny and Uderzo would create together before Goscinny’s death a few years later. It would later be adapted into animated feature Asterix Conquers America. Unofficially this is followed by Asterix Conquers Rome, an extremely rare comic book adaptation of animated film The 12 Tasks of Asterix. In the official canon the next story is a very funny satire of capitalism in Obelix and Co. 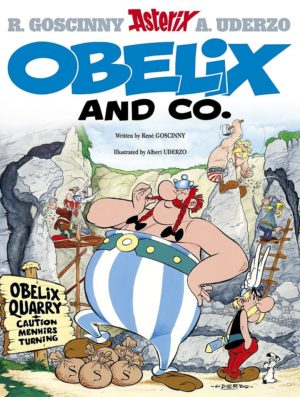