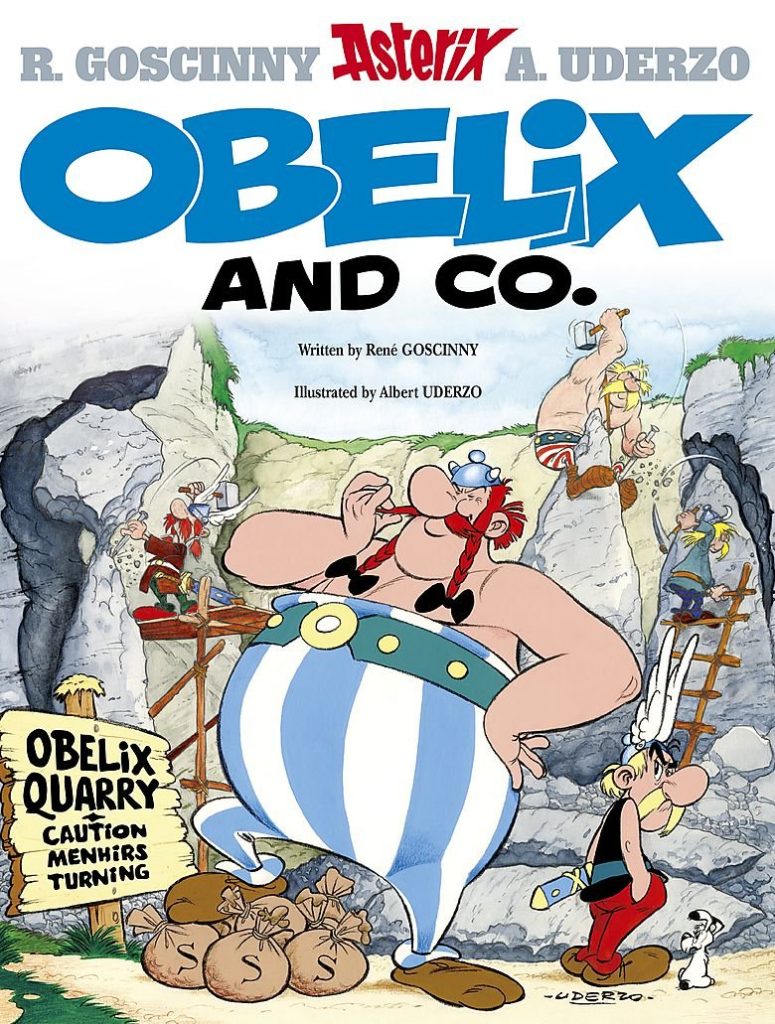 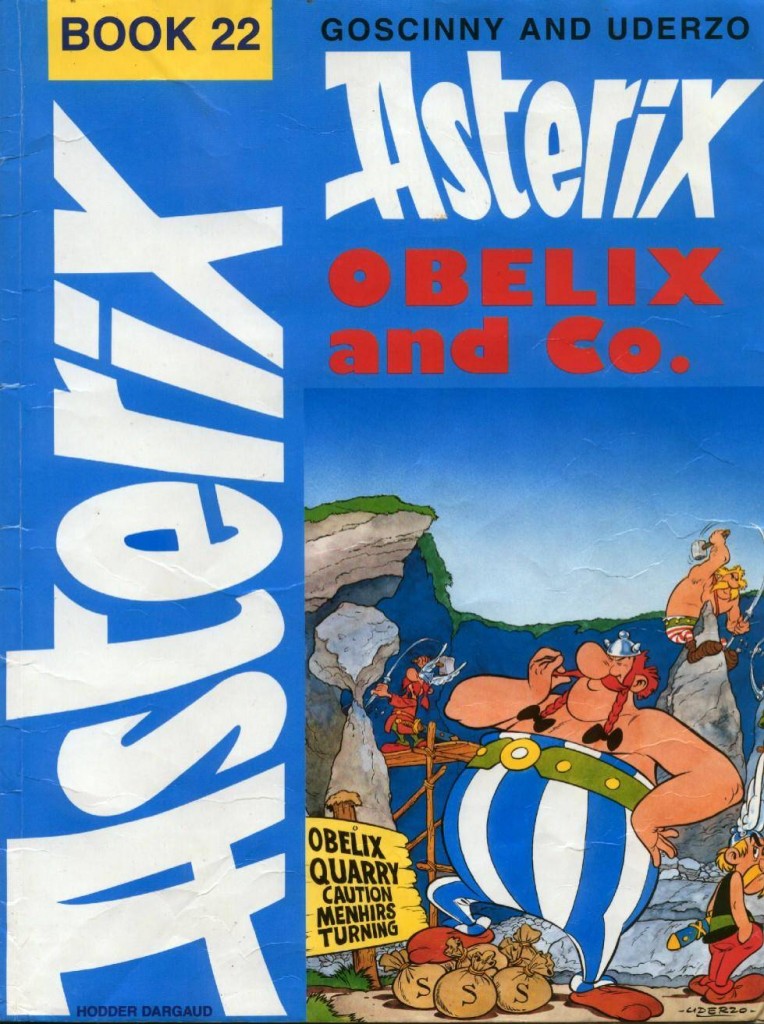 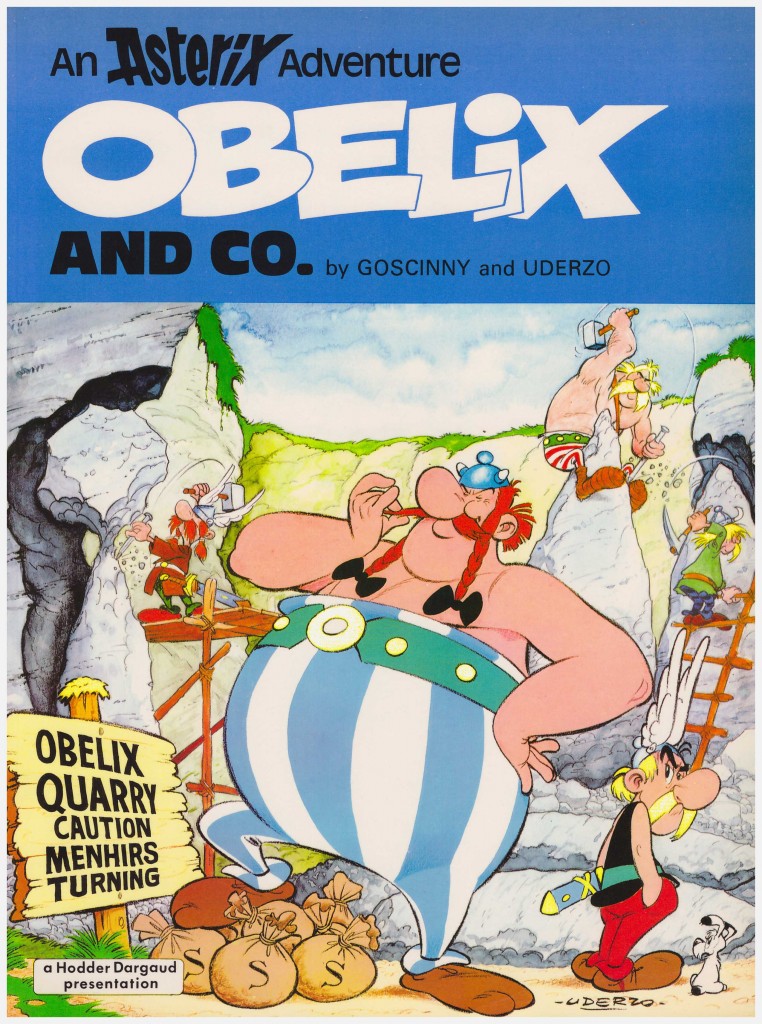 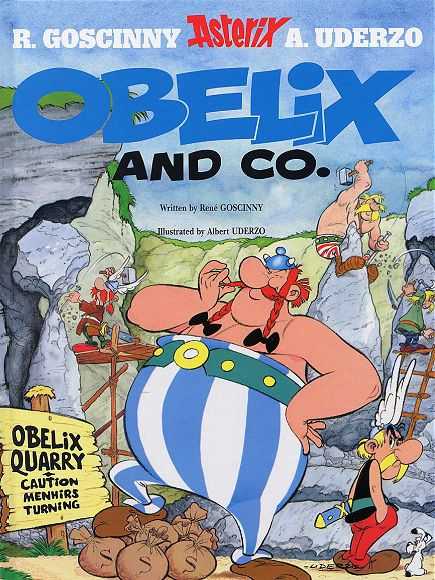 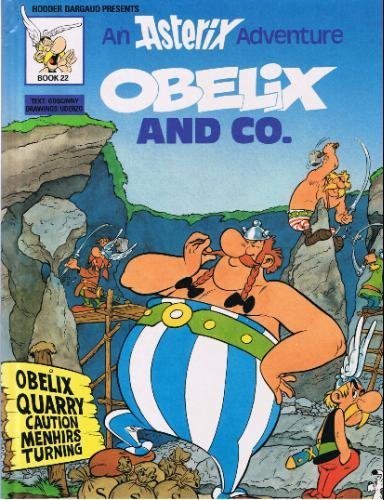 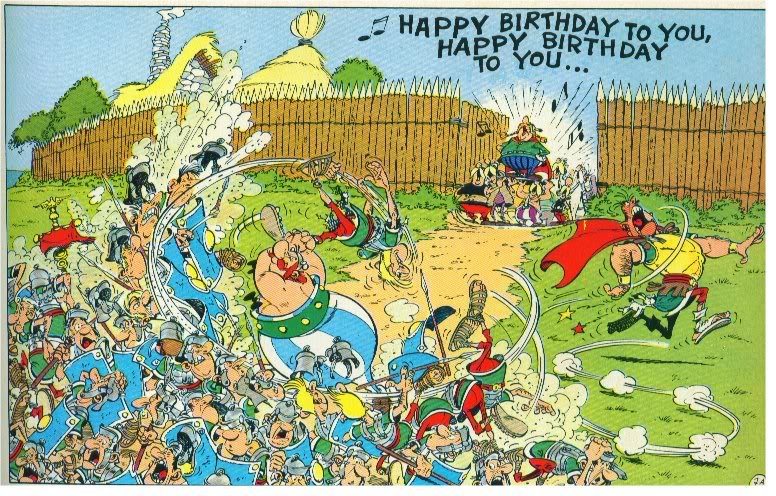 This was René Goscinny’s penultimate Asterix story, and by some distance the best of his later work, the spark provided by a subject about which he had a defined view. Goscinny had taken several sideswipes at the all-pervasive corrupting influence of money, most blatantly in The Mansions of the Gods, but here a satire of capitalism is the central plot. Ambitious Roman economist Caius Preposterus persuades Julius Caesar that he’ll succeed in conquering the Gaulish village by corrupting the villagers with greed. Provided with unlimited funds, he sets about buying all the menhirs Obelix can provide, along the way bamboozling him with economic theory that Obelix hilariously regurgitates in false fashion.

Initially needing to increase production to cope with demand, Obelix first hires someone to catch boars for him, but is eventually responsible for the employment of the entire village via trickle down economics. Meanwhile Julius Caesar has an enormous stock of menhirs he needs to sell to replenish his coffers. Preposterus explains how in what is both a succinct précis of marketing economics and an underscoring of the deficiencies. The joke, of course, is that menhirs are inherently useless objects.

Artist Albert Uderzo is, as ever, magnificent. Given “Discipline is fairly lax in the fortified Roman camp of Totorum” as the opening caption he supplies a half page visual treat of idle, unshaven Roman soldiers playing dice, tending to their cabbage allotment, hanging out the washing on a line strung between two standards, and assorted other activities. Six pages later there’s another great half page, this time depicting Obelix setting about a platoon of Romans single-handedly, using one grasped by the ankle to batter a dozen others as the villagers sing Happy Birthday in the background. Later on he provides Laurel and Hardy, and Preposterus is visually based on then French Prime Minister Jacques Chirac. A running joke during this period was including a caricature of Pierre Tchernia, French TV presenter and narrator of several Asterix animated films. Here he’s a drunken Roman soldier transported by caricatures of Goscinny and Uderzo.

The story formula follows the pattern of Asterix and the Roman Agent and Asterix and the Soothsayer, where jealousy and superstition sowed discord. Overall Goscinny’s view is that capitalism is inherently flawed as Asterix and Getafix only have to encourage it to induce collapse and the return of the villagers to their former self-sufficient state. Alternatively the entire subtext can be ignored and the quality of the laugh a minute narrative appreciated instead.