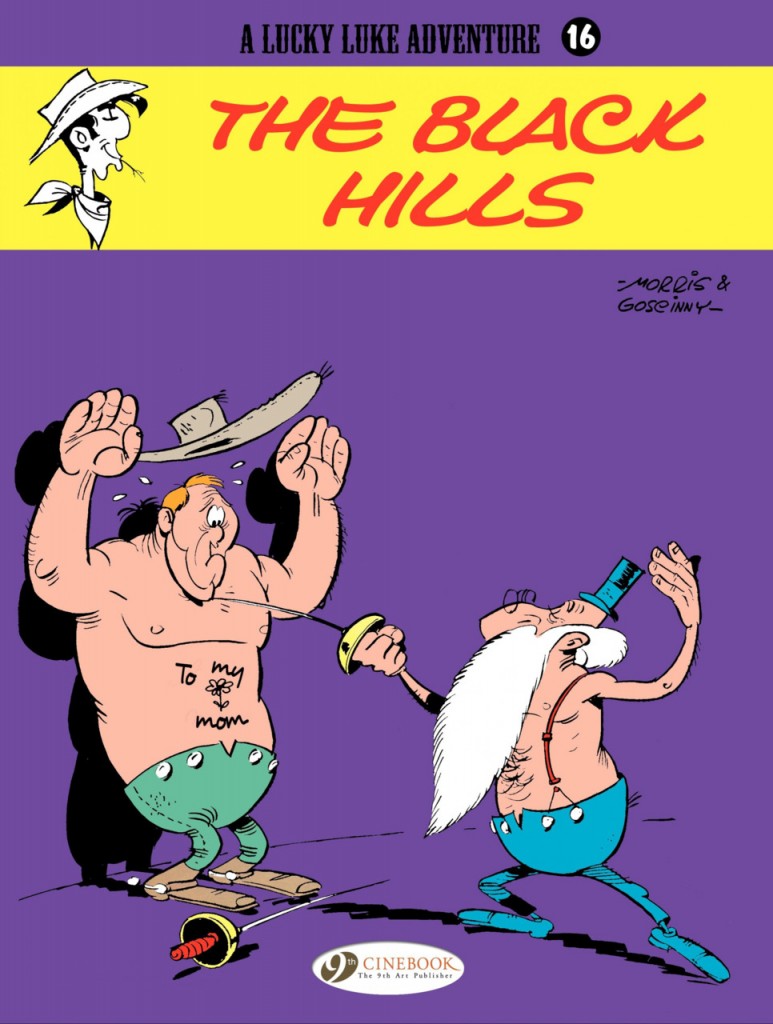 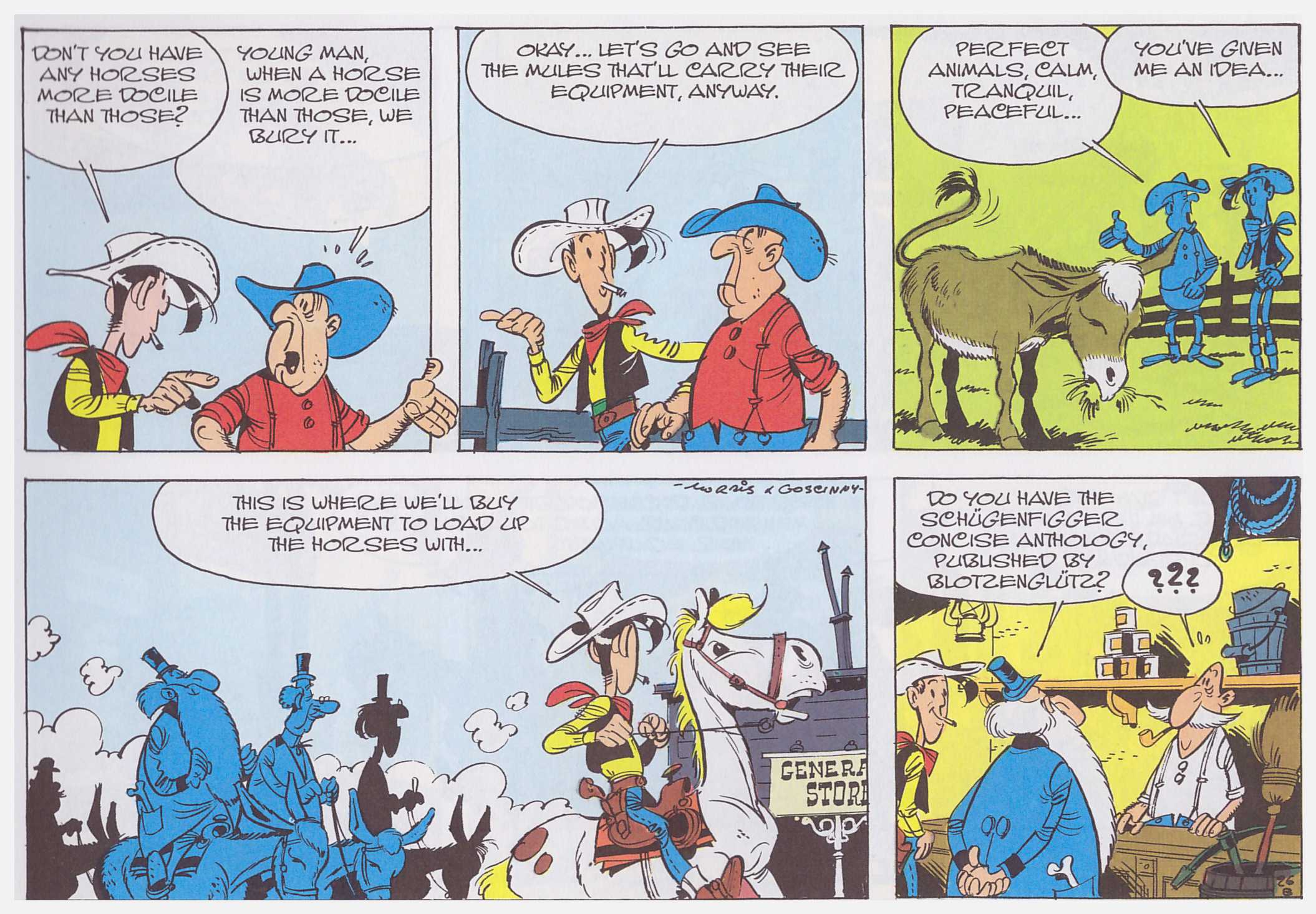 When the US senate consider opening up the area west of the Black Hills for settlement they first dispatch an exploratory expedition under Lucky Luke’s leadership. His mission is to sound out the Cheyenne inhabitants and to watch over four professors tasked with reporting back on conditions. So it is that Luke and Jolly Jumper are accompanied by an anthropologist, a biologist, a geologist and a geometrist. Not everyone, however, is best pleased at the idea of a new settlement, and Bullets Bill is given the mission of ensuring Luke and his entourage never report back.

It’s the professors from whom René Goscinny draws much of the humour, portraying them as naïve in the ways of the world and inept when it comes to anything practical, but surprisingly skilled in the pursuits of the privileged like fencing. They’re also endlessly fascinated by the minutae of nature. Staying over at in an unsalubrious hotel their night is spent studying the cimex lectilarius, or bed bug to those lacking a biology degree.

If there’s a weakness to the plot it’s that exactly why Bull Bullets is to ensure the mission fails is unrevealed until the final pages, and the stereotyping of Native Americans ought to be addressed.

The story was originally serialised in 1962, and first released as a French language album in 1963. Over half a century has now passed, and it’s positive that attitudes have progressed, but is it also possible to recognise that there was no malice in the racial caricatures here? The Cheyenne are drawn by Morris in the same manner that he caricatures the Daltons, except they bear the trappings of their culture. That culture is portrayed in positive fashion, noble and resourceful, and a point is made about supplying Native Americans with alcohol to which they had a notoriously poor tolerance.

This maintains the high standards of the Goscinny/Morris collaboration, and in terms of chronological release the next album is The Daltons in the Blizzard. While not exactly a follow-up, elements of this story play into the later book The 20th Cavalry. 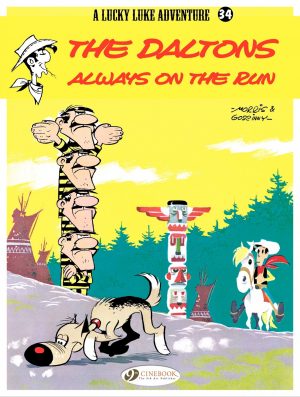