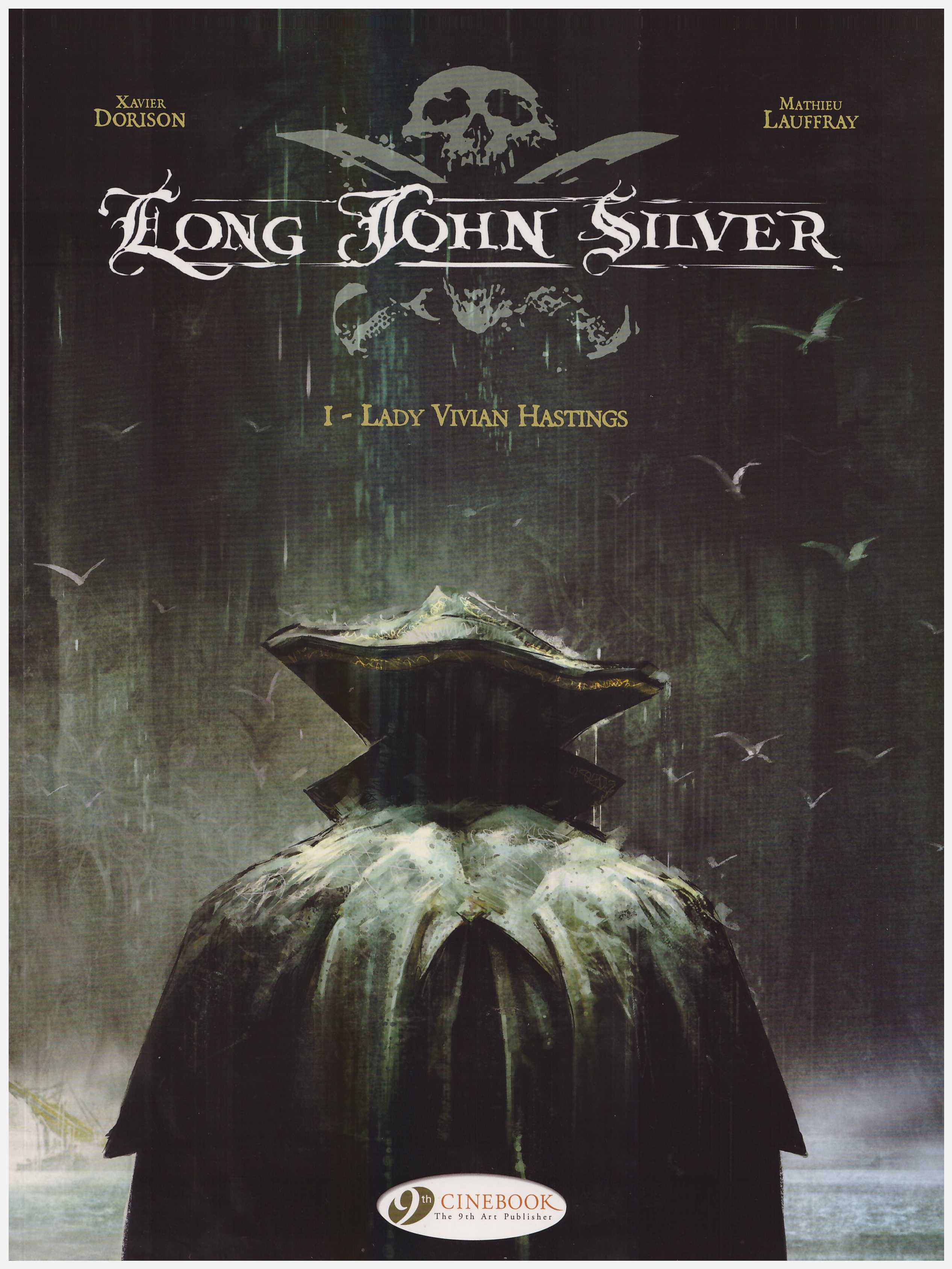 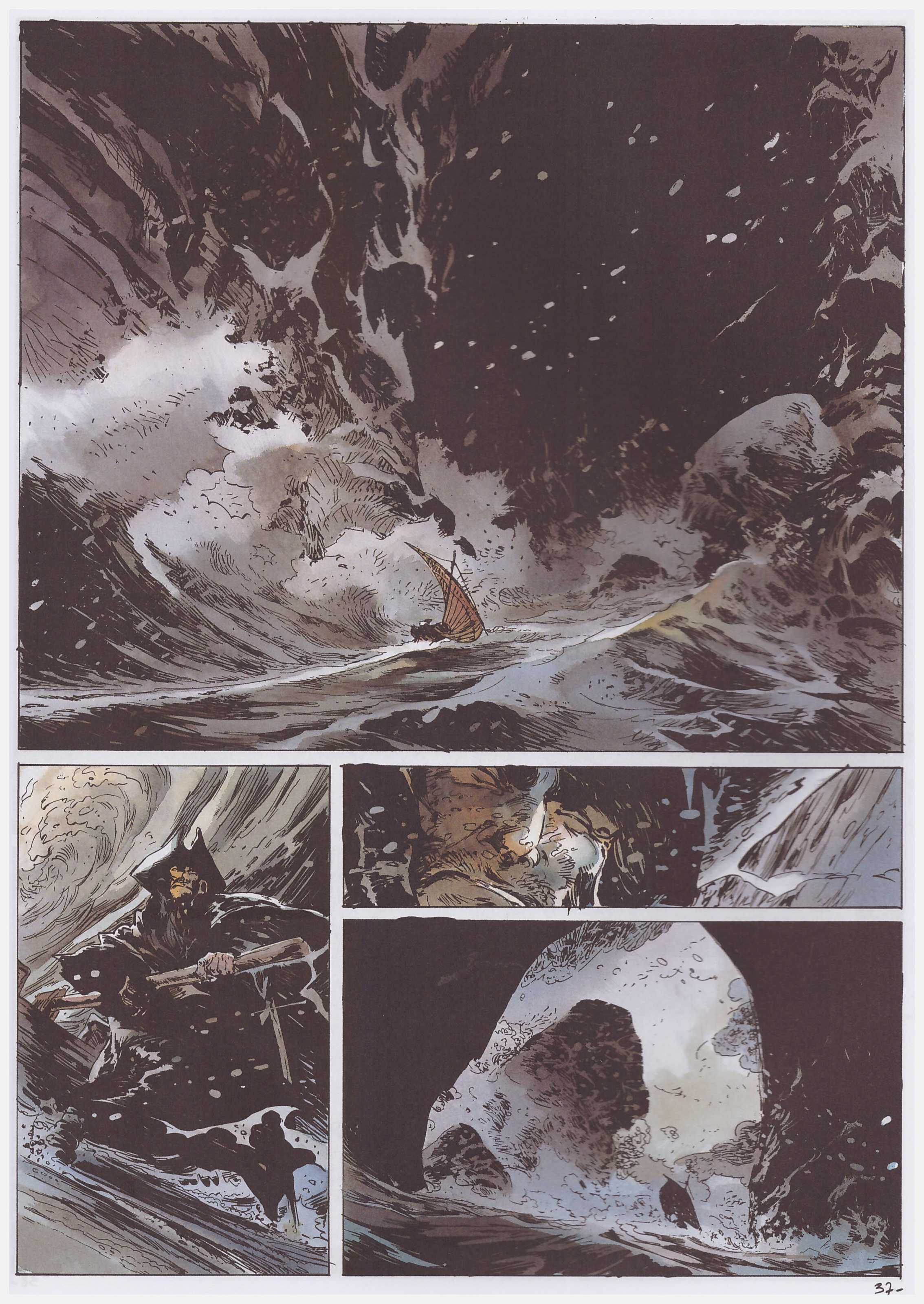 As far his presence in Treasure Island was concerned, Robert Louis Stevenson signed off with a relatively serene ending for Long John Silver, who survived the final reckoning amid speculation that he’d settled down. Stevenson’s creation was magnificent, a devious, cruel and avaricious rogue, yet retaining a minute vestigial trace of humanity. Although lacking an eye patch, Silver provided the template for every fictional pirate that followed.

So what did happen to him? This is what Xavier Dorison and Mathieu Lauffrey investigate in their respectful homage over four volumes relating a complete cinematic novel. It’s set twenty years on from the events of Treasure Island, yet they’ve left Silver with a lasting reminder, which we see soon after his introduction halfway into the book.

Before then we concentrate on the libertine Lady Vivian Hastings, heir to a large estate, and believing her husband dead three years after he departed in search of the legendary El Dorado gold. She’s in a for a rude awakening, although unjustly damned by the social conventions of the times, but she’s not without wiles, and her manipulative streak sets up the main plot. Yet she’s not the only one with plans. “I’ll have your guts, so I will”, vows another, “and if your pirates don’t take care of you themselves, I’ll make sure your captain puts your neck in a noose.”

In some ways Lauffray’s art is spectacular. His characters are gloomy, lived-in and far from the glamorous stereotypes that usually populate graphic novels, and his seascapes are frightening in displaying the intensity of nature. Weighed against that is a perpetually gloomy colour scheme that gives the entire book a dull sheen. Given the scale of Lauffray’s illustrations, it’s pleasing that Cinebook have issued this at European album size rather than their smaller format.

Dorison draws on other characters from Treasure Island, and is very successful in emulating the mood. He follows many plot beats of that book’s opening chapters, yet differentiates the action enough to ensure this is no mere copy. He nails Silver’s character from the start. He’s not a man afraid of seeming weak if greater gain will come from this, is a smart man never fearing to provoke, and his schemes are well conceived and leave little to chance.

Despite this being but the opening chapter Dorison packs it with enough intrigue and potential to ensure we’re dragged into the next volume, Neptune. 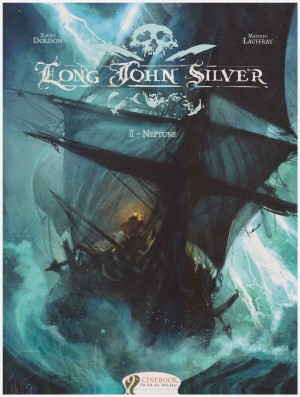 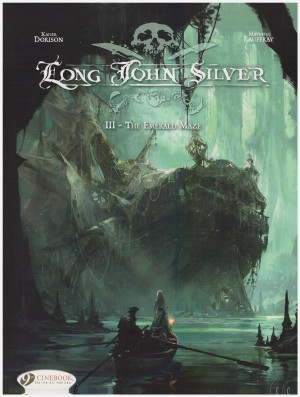 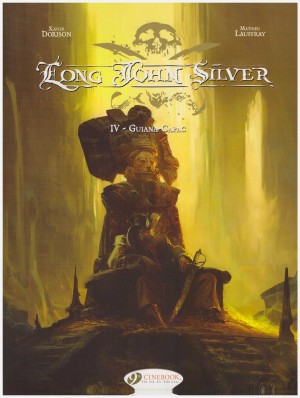