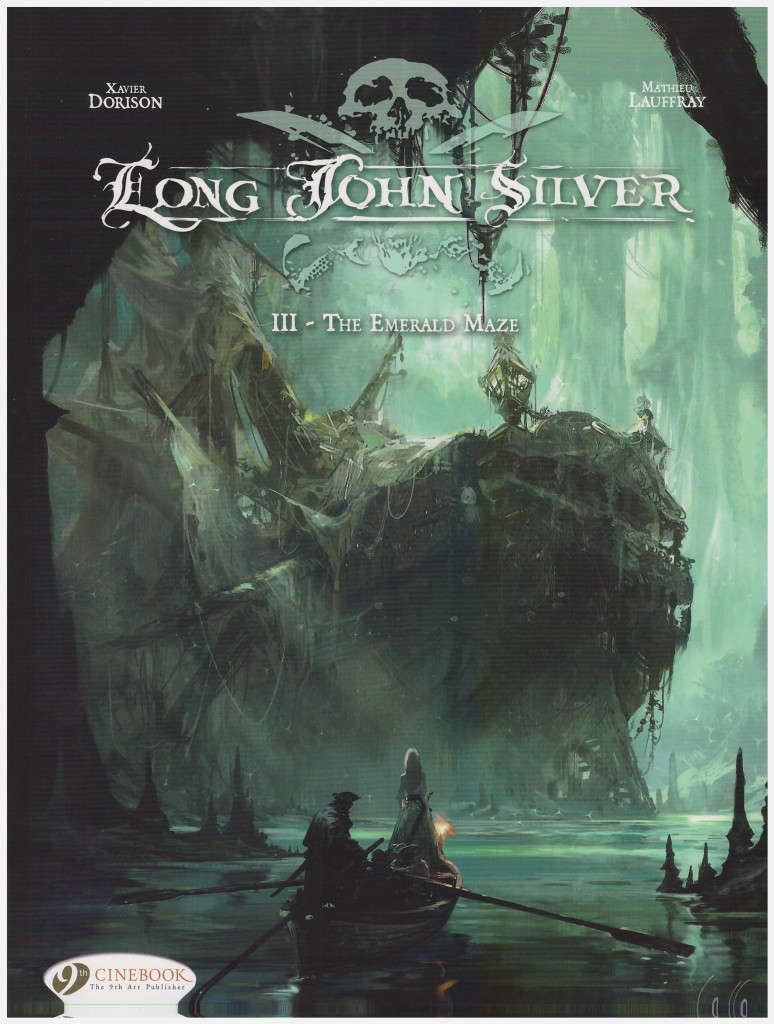 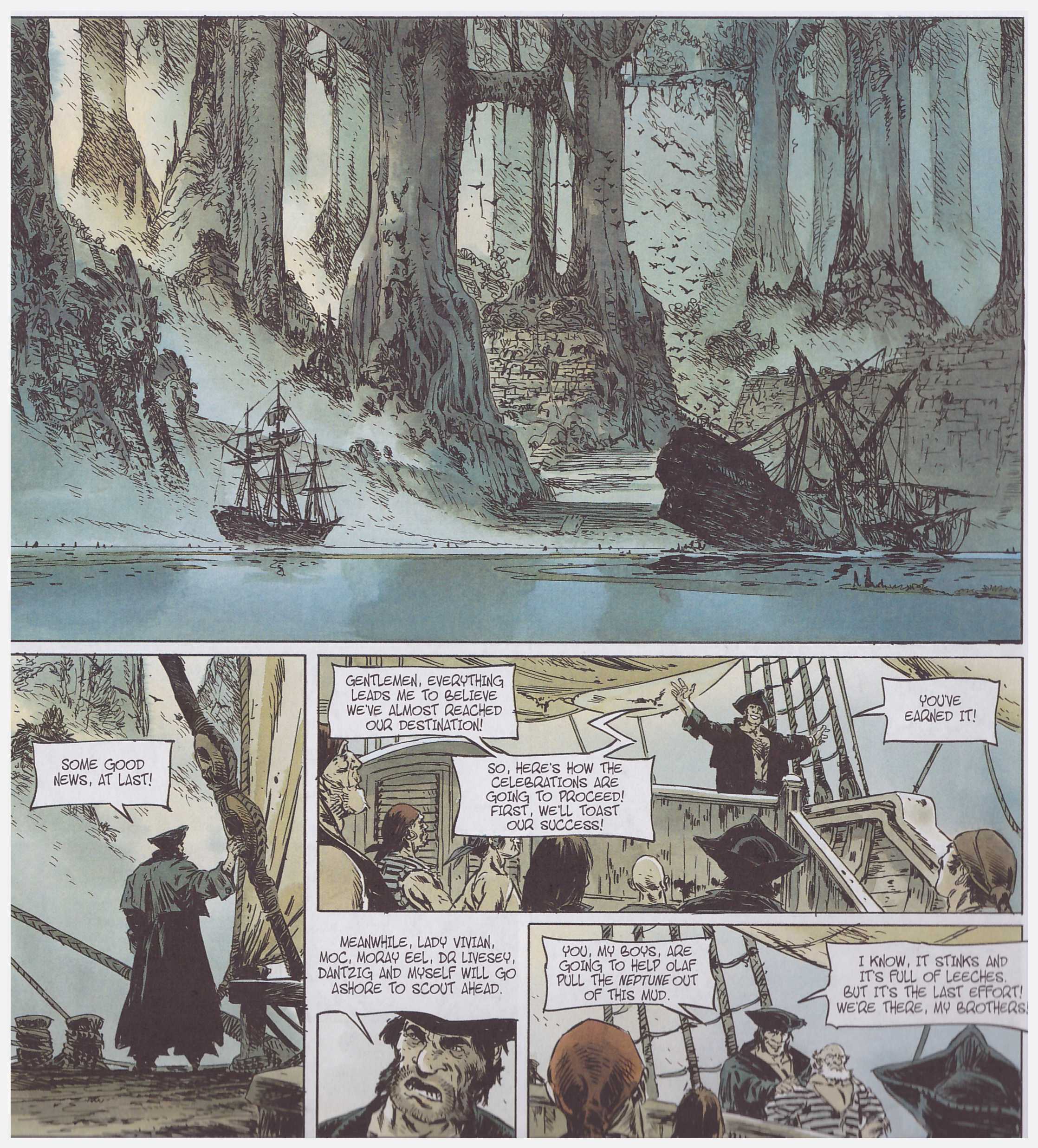 Xavier Dorison’s plot for Long John Silver over the past two books has offered plenty of treachery, action and deceit, yet there have been a couple of points where something puzzling has occurred, or a few panels appear without purpose. In The Emerald Maze he sews these up up neatly. A puzzling presence is the South American native Moc, who accompanied visitors in the first volume, and has been seen frequently since as our crew make their way to South America. Here his value is seen as a section of shoreline appears impenetrable, but he also has a larger part to play.

The conclusion to Neptune saw Long John Silver in command of the ship heading to South America in search of El Dorado, the legendary lost city of gold. This, however, hasn’t been without cost, and Dorison ensures we’re presented with Silver’s little seen caring side, rounding off his personality beyond the charismatic conniving rogue. He does, however, have a possible rebellion to quell. “We’re not buying your tall tales any more Long John! They’re as old and lame as you are.”, claims one threatening crew member, yet Silver manages to retain his authority without resorting to combat, which is a valuable talent.

Elsewhere, though, the plotting is slightly weaker. We’re heading to the big finale in Guiana-Capac, but much of this volume is a holding pattern, with plot progression only occurring over the final third of the book. Stronger elements of the previous book are also seemingly sidelined, such as Livesay’s final complicity, and while it remains to be seen if there’s a full explanation we appear to be departing from 18th century swashbuckling and into fantasy territory.

Artist Mathieu Lauffray is again extremely impressive. It’s only in the opening sequence that we’re presented with a reprise of the arresting storm-tossed pages he’s produced for the other books, but we still have the strongly characterised weather-beaten cast. A new technique is the almost abstract presentation of some elements, such an extremely effective diagram of the Amazon.

It’s not the case that anyone who’s enjoyed the previous Long John Silver books should give up here, but The Emerald Maze is marginally less satisfying.