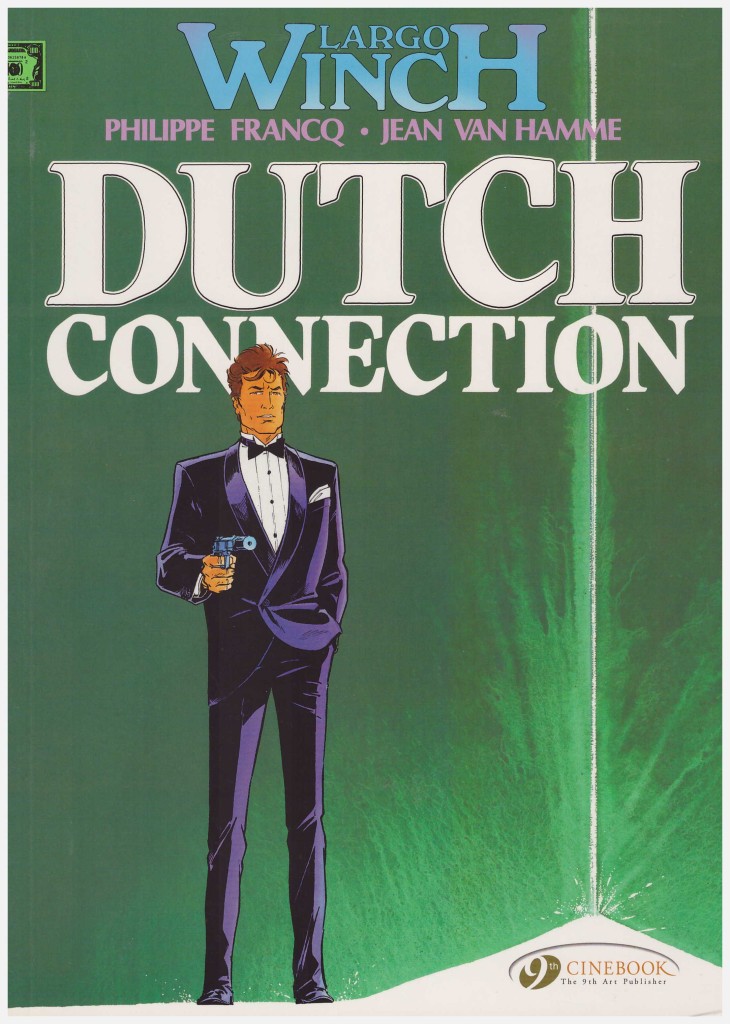 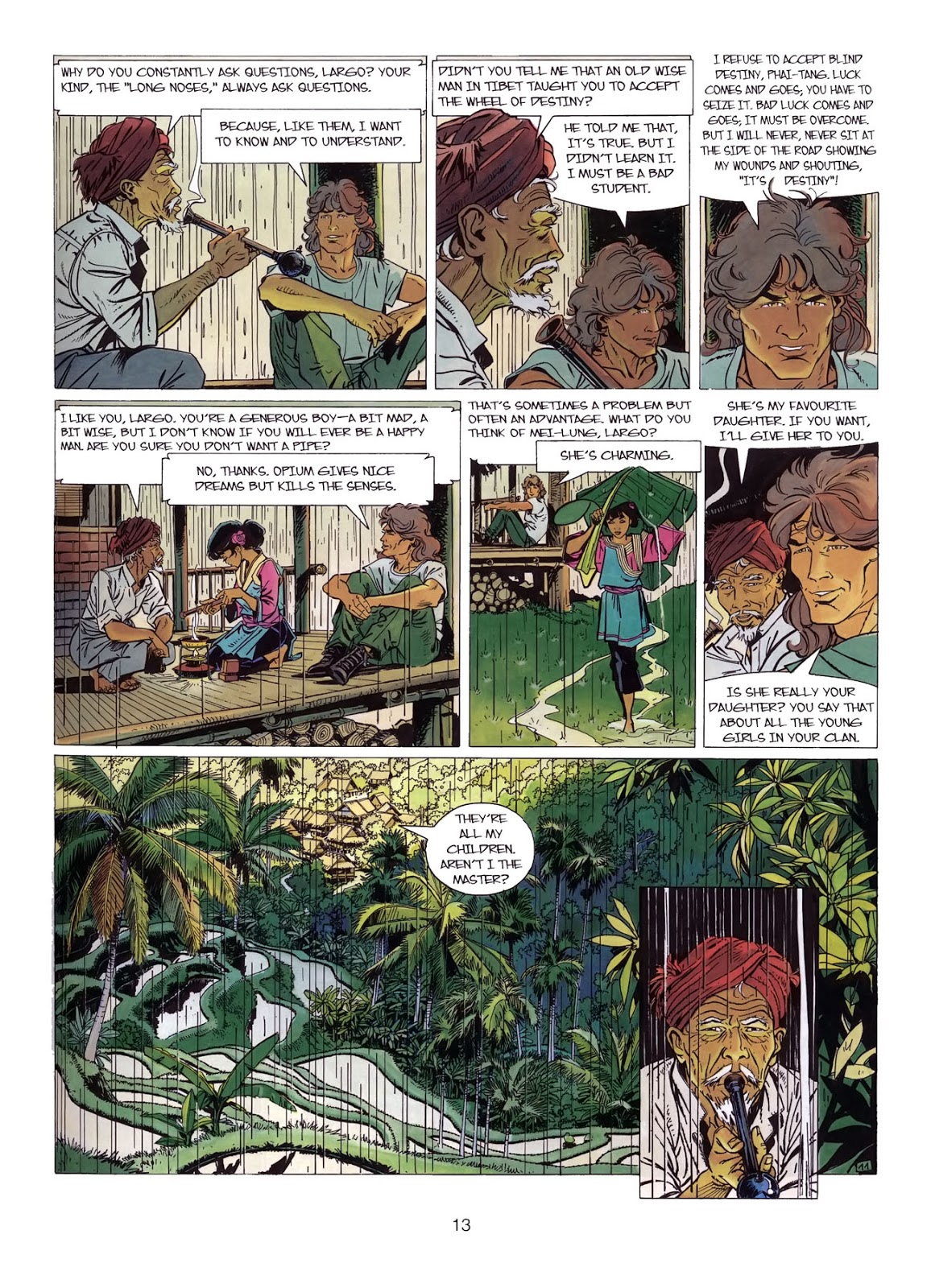 There is a formula to Largo Winch as great as any applied to superhero comics, and three books in elements are becoming obvious. In the original European publications Jean Van Hamme splits his stories over two albums, which until the fifth English language volume from Cinebook are paired to provide the complete tale. The first chapter ends on a cliffhanger, and in each book to date an unscrupulous board member of the company Winch has inherited hasn’t been content with the vast sums they earn. The mystery has been to discover exactly who that may be.

Van Hamme, though, is wily enough to provide more than that, and we again delve into Largo Winch’s past, to the time he spent wandering the world, prior to inheriting the W Group. In an area of jungle through which the borders of Burma, Laos and Thailand run, Winch befriends an old drug harvester. Phai-Tang has survived to an old age despite waging war both within his territory and against those who’d see an end to his trade. They don’t part, however, on amicable terms, and this parting leads to a couple of debts. It also leads to suspicions that Winch has his own business on the side.

Van Hamme’s research is meticulous, but his plots often turn on minor shreds of information, and the complications need to be explained. This is in the form of several pages worth of info-dump, which slows the story, and doesn’t always convince as anything other than the cast having the conversation for the reader’s benefit.

Philippe Francq’s meticulous ligne clair art is excellent. He adopts the same line-perfect precision in portraying the views of Amsterdam, the Asian jungle or Paris by moonlight. Location plays a large part in setting the atmosphere and tension in this book, as there are very few action interludes. Francq’s art is once again modified, with swimsuits added for an English speaking audience who might begin frothing at the mouth at the sight of naked flesh. In one case, though, that of gangster Scarpa’s pecadillos, it’s probably for the best.

This is a slightly poorer Largo Winch sequence than both what’s preceded it and the following The Hour of the Tiger, due to the comparative lack of action and massive amounts of exposition. Translator Luke Spear doesn’t quite come to terms with this, often never moving past a literal translation to the conversational, leading to some clunky dialogue: “Don’t say that Cathy. You’re going to have so much work that you’re going to be a hundred years old before you even realise it.”

Despite the above, the plot carries the day, with the suspense maintained until the final pages prior to a very good ending indeed.