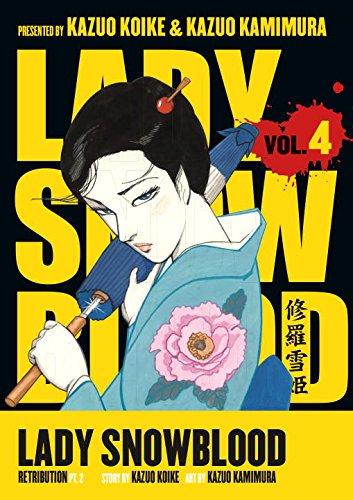 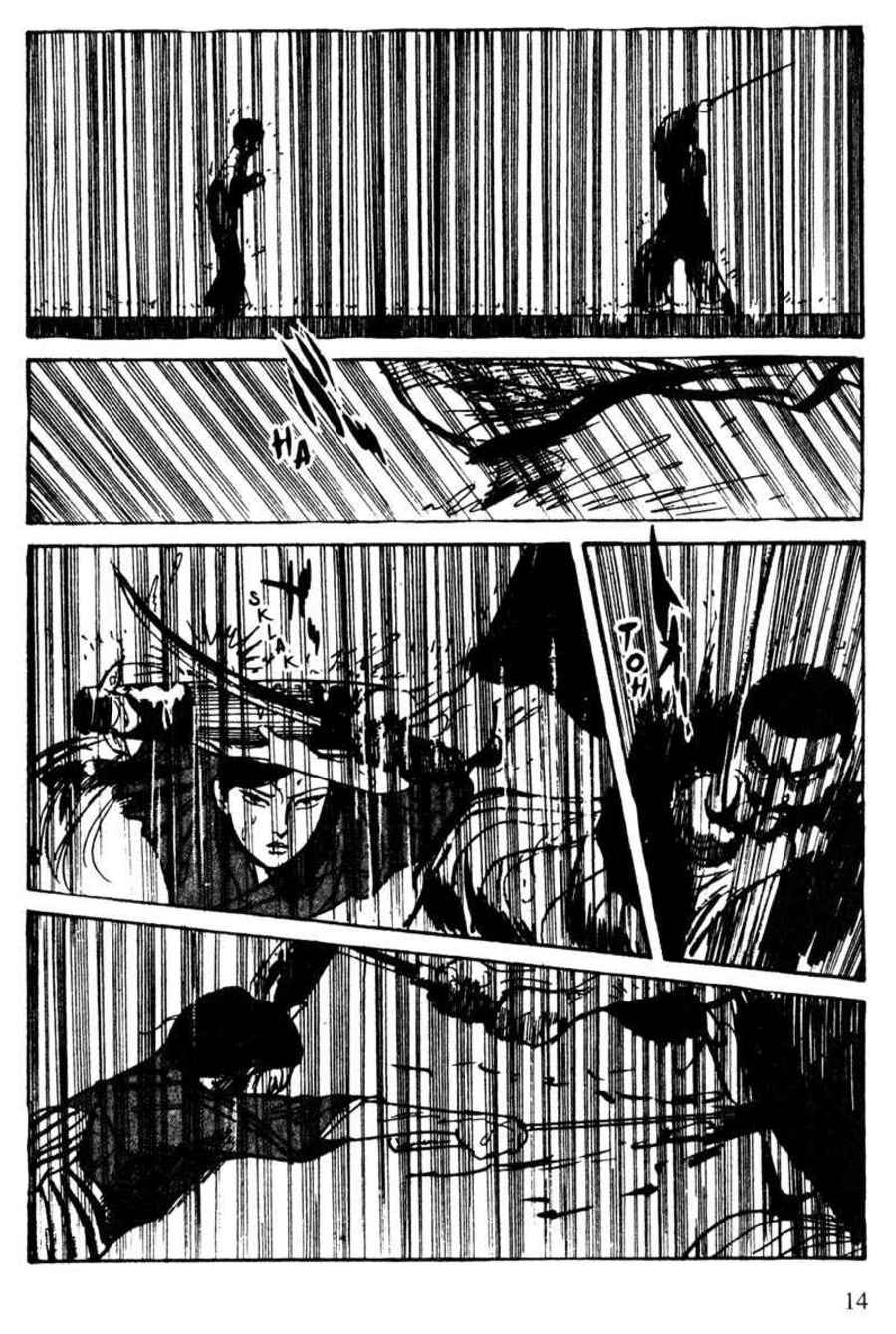 Lady Snowblood’s chapter titles are magnificent, here starting with ‘Blood of Youth, White Uniform and Song of Tears, Part 1’. This melange typifies the form, containing oblique references to what occurs in the chapter, which only become clear once the story is read.

This opening sequence is a mission in which a local politician is slain. Kazuo Koike’s has varied his writing style throughout, and this script has the killing witnessed by a brain damaged child, entranced by the light reflecting off Lady Snowblood’s blade. He’s then the focus of several ethical dilemmas, which make this chapter and its conclusion among the series highlights. We’re all dropped into a fugue of captivated concern when a child is endangered and Koike jerks our strings in masterful fashion.

Tension is the lifeblood of the first tale, but what follows is a story delivered with the reader sure of what’s going to occur, the only questions being how and when. With that inevitability assured, the art of Kazuo Kamimura shifts further into focus. His page compositions are remarkable. He frequently uses a landscape page to set a scene, and is fond of decorative, yet almost abstract images that tie into the story, with the pattern of Lady Snowblood’s umbrella, in which she conceals her sword, a repeated motif. When Lady Snowblood springs into action it’s with a lithe grace, and often in close-up focussing the eye on one small aspect of the combat.

While diversions have been considerable, varied and lengthy, a mission is the core of Lady Snowblood, and from the halfway point of this concluding volume we’re back on track. She’s trained to exact vengeance on four people responsible for the imprisonment and death of her mother, and two have proved extremely elusive twenty years after this occurred. She has a plan to flush them out, but plans don’t always unfold as plotted.

As in previous books, the sexual content is high, and while not as offensive as volume 3, much of it is gratuitous, cementing the series in the 1970s era in which it was created. For the final chapter, though, the sexual references are integral as Koike comes up with an ingenious method of Lady Snowblood tracking her quarry while simultaneously educating about a concealed aspect of later 19th century Japanese culture. The honour attached to retribution also comes under investigation, and while no definitive conclusions are drawn, by the end of the book Lady Snowblood is set on a new path.

Lady Snowblood has been a stylish series from the very beginning, surprising and causing sharp intakes of breath throughout, and this final volume is the best.