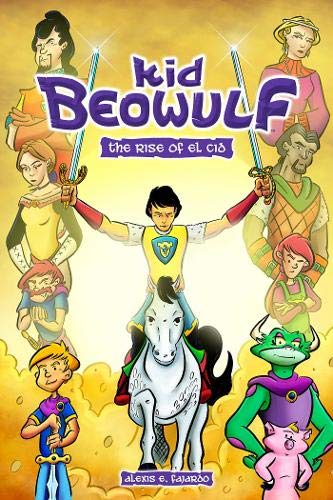 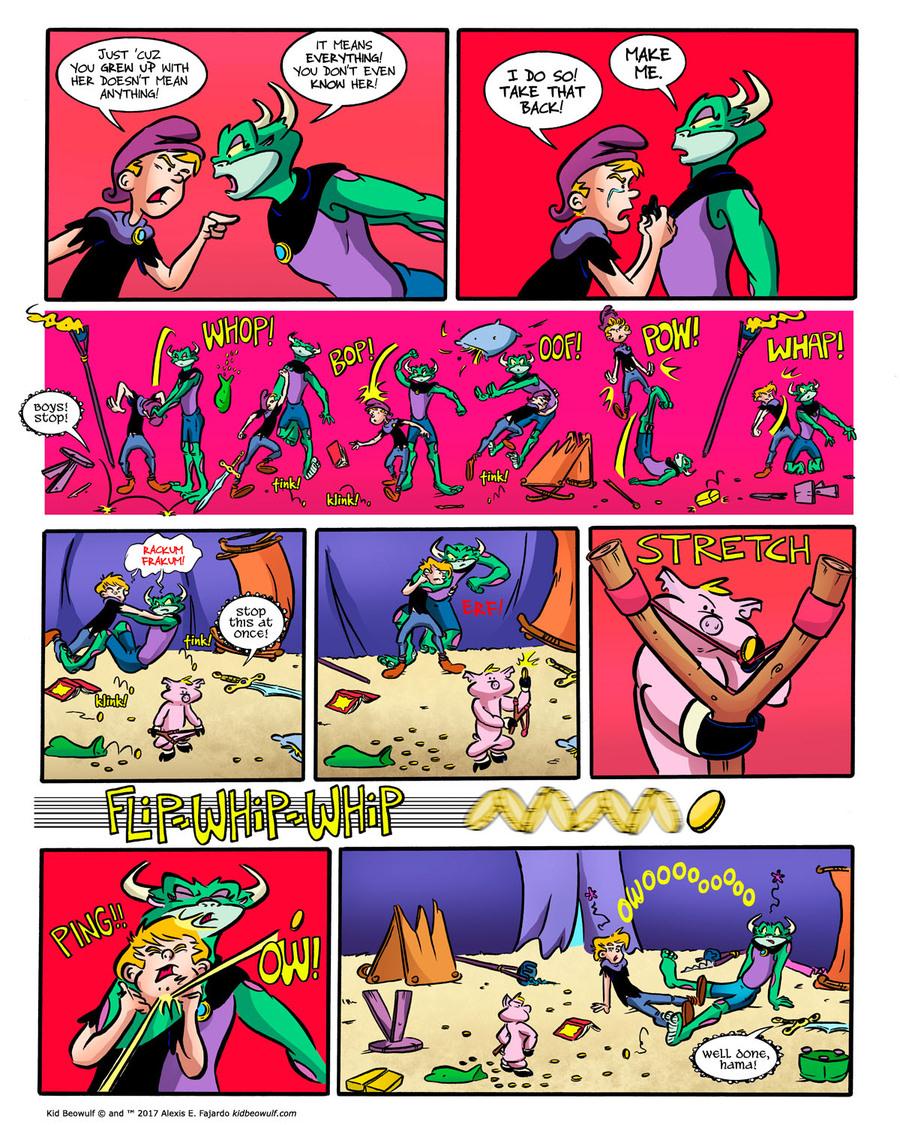 A third outing for Alexis E. Fajardo’s Kid Beowulf is very welcome, and after the tour around the pre-Renaissance France in The Song of Roland, Beowulf and his less human looking, but nonetheless twin brother Grendel are heading to Spain. The legend of El Cid is related in rhyming couplets and washed out illustration as the prologue, but that’s not the person Beowulf and Grendel meet, who’s Rodrigo, a young knight desperately trying to prove himself worthy. Unfortunately that’s for a dishonourable Lord on a dishonourable mission. His path almost crosses Beowulf in Pamplona, but Beowulf and Grendel have other concerns, not least running into all purpose rogues Emer and Ermlaf, also stranded in Spain.

There’s a considerable density to Fajardo’s stories, not just in the form of adventures, bonding and laughs, but in the transmission of history and myths. He painlessly educates, and the map on the inside front cover will require frequent consultation as we learn about the cities of Pamplona and Toledo, the pilgrim’s route across Northern Spain, and the political manoeuvring in a separated land. That, however, is just the background to a clever adventure that eventually comes together in two separate strands. Beowulf and Grendel’s efforts to return to Daneland are the comedy relief, while Rodrigo’s grand adventure plays out on the other pages.

As previously, the cartooning is a delight, loose and expressive, with Fajardo really putting in the effort, regularly featuring several people per panel, and frequently as full figures. When needed, he’s great with movement, the cast having a real life to them when in action or running, and Fajardo also gives character to the pig that accompanies Beowulf (like Spip the squirrel in Spirou & Fantasio). One wonderful scene features a grumpy horse, and Rodrigo has a mute friend using a chalkboard to communicate. Make sure to check what he has to say.

Over the seventy page final chapter everything pulls together sweetly as almost the entire cast has found their way to the small, but strategically located town of Calahorra. Troublemakers discover they may have bitten off more than they can chew, and some very complicated situations are cleverly resolved. One smart aspect is that although they may see each other briefly, Rodrigo and Beowulf never actually meet despite their circumstances being nicely entwined. Although neither knows it, each owes the other a favour.

Admiration of technical skill, however, is structure behind the scenes, and there’s never a point where Fajardo forgets he’s producing an all-ages read. Young readers will be enthralled by the setting and the adventure, laugh at the jokes and take in the accompanying history, although some is fudged for the sake of a better story. For those wanting the true information, as in the previous books, there’s a dozen pages of bonus material. Fajardo sees the three books he’s completed to date as the first trilogy and a separating point, with the next adventure heading toward Rome. It’s one to look forward to.

In the meantime you can sample The Rise of El Cid at KidBeowulf.com, where you’ll also find shorter stories not yet available in the books. 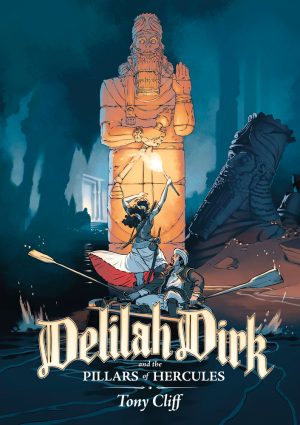 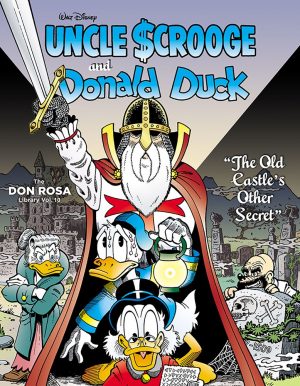 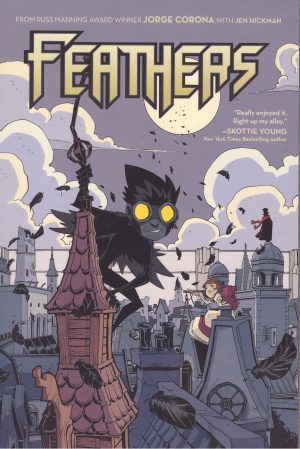 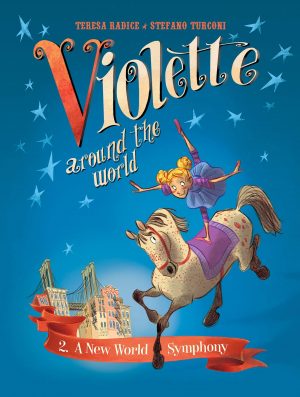