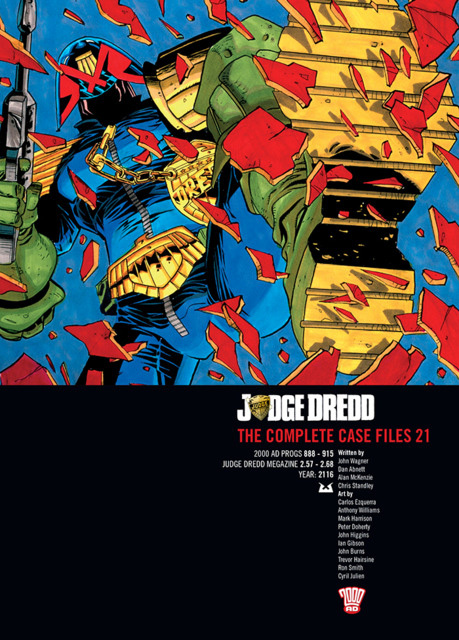 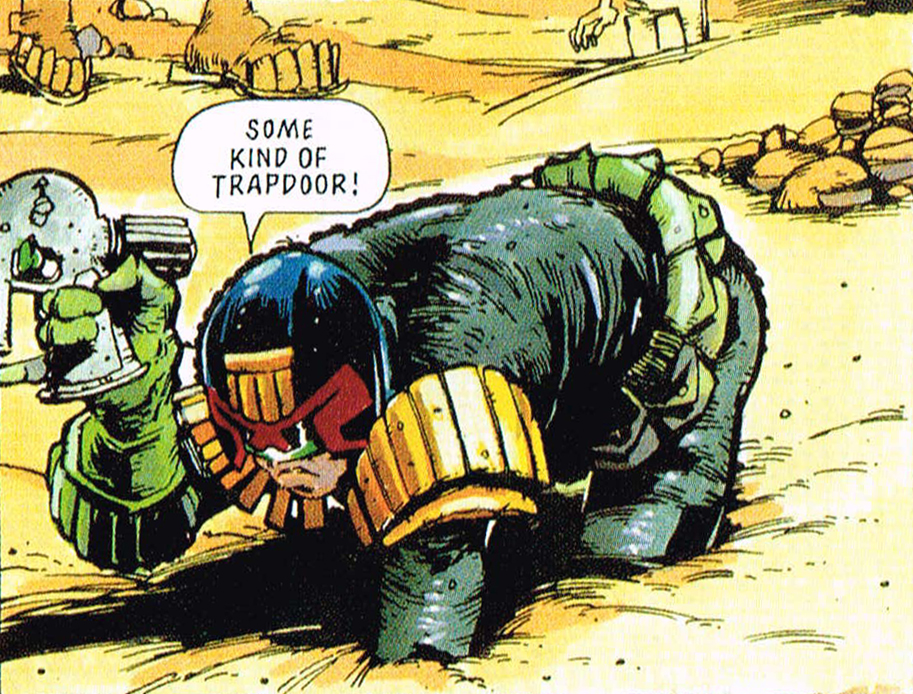 Case Files 21 kicks off with ‘The Accidental Culprit’ by Sonny Steelgrave. Steelgrave was actually 2000 AD editor Alan McKenzie who, at one point, was writing half the strips in the comic, hence the alias.

The next couple of tales are by John Wagner. ‘The Time Machine’ is drawn by Carlos Ezquerra and, after the great work he produced for the recent Dredd epic ‘Inferno’ (see Case Files 19), it’s a disappointment to see such slapdash art, not helped by atrocious colouring. The second story, ‘Conspiracy of Silence’, also suffers from very poor art, this time by Mark Harrison.

‘Bad Blood’ by Dan Abnett and Ron Smith, is not bad, then it’s a couple of stories by Chris Standley. Peter Doherty’s polished artwork lifts both, but although stuff happens there’s no discernible plot to speak of in either story.

The short and pointless filler, ‘A Guide to Mega-Speak’, is followed by ‘Casualties of War’. The whole of prog (issue) 900 was given over to this 28-page story, by Wagner and John Higgins, which sees genetic infantryman Friday (star of the 2000 AD strip Rogue Trooper) time-travel to Dredd’s world for a crossover. The artwork is pretty poor, and the story lacks any real purpose, with our two protagonists rarely interacting. Really just a Rogue Trooper story dumped into Dredd’s world.

Dredd’s nemesis returns for a comic turn in ‘Judge Death – The True Story’. This frothy concoction serves only to de-fang the character, who, like the Borg or Daleks, becomes less frightening with each appearance. Wagner realised this, and later rested the character for a decade before bringing Death and his cronies back in Judge Dredd: Dark Justice.

‘Part Exchange’ by Abnett and John M. Burns is an enjoyable little tale, and Burns’ artwork is always good.

The bulk of this collection is given over to ‘Wilderlands’, and the events before and after. Written by Wagner, and published across 2000 AD and the Megazine, it’s mainly drawn by Ezquerra, though the criticisms above sadly apply here too, with rushed line-work and awful colouring. Trevor Hairsine, responsible for about a quarter of the story, manages a really good facsimile of Mike McMahon’s iconic big-booted Dredd, and Peter Doherty, Mick Austin and Cyril Julien contribute one part each.

‘Wilderlands’ (also available as a book) is more concerned with power struggles than massive disasters that kill billions, which is a pleasant change from the world-threatening threats that Dredd has faced recently. Dredd is exposed as having lied, is arrested and condemned to be sent to Titan. Travelling with him is Chief Judge McGruder, keen to persuade him to drop his opposition to the Mechanismo project, and offering a pardon if he’ll back her, or at least stop opposing her publicly. Dredd, of course, refuses.

The story finally wraps up the various elements of the Mechanismo story, and results in significant changes to the hierarchy of the judges. This, as well as developing Dredd’s universe in a direction that’s ripe with possibility, also reflects an aging Joe Dredd’s increasingly democratic tendencies.

Not a bad collection, with a lengthy saga that delivers thrills without resorting to global threats, but instead relies mainly on political machinations to move the story forward. The artwork is mixed, but that’s always the case with these books. And the overall quality of stories is upped somewhat by the return of Wagner. 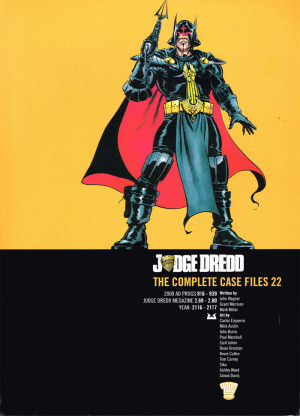 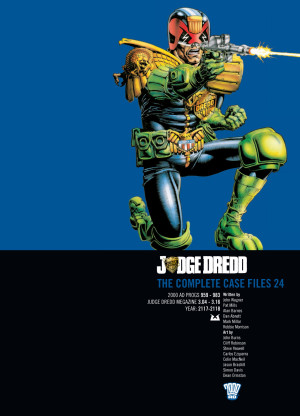 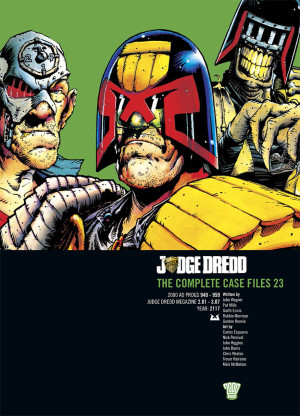 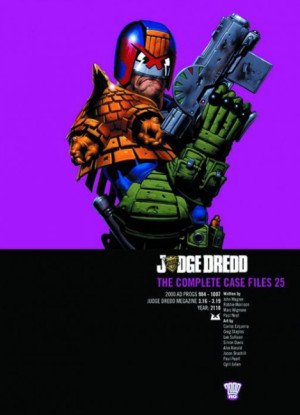