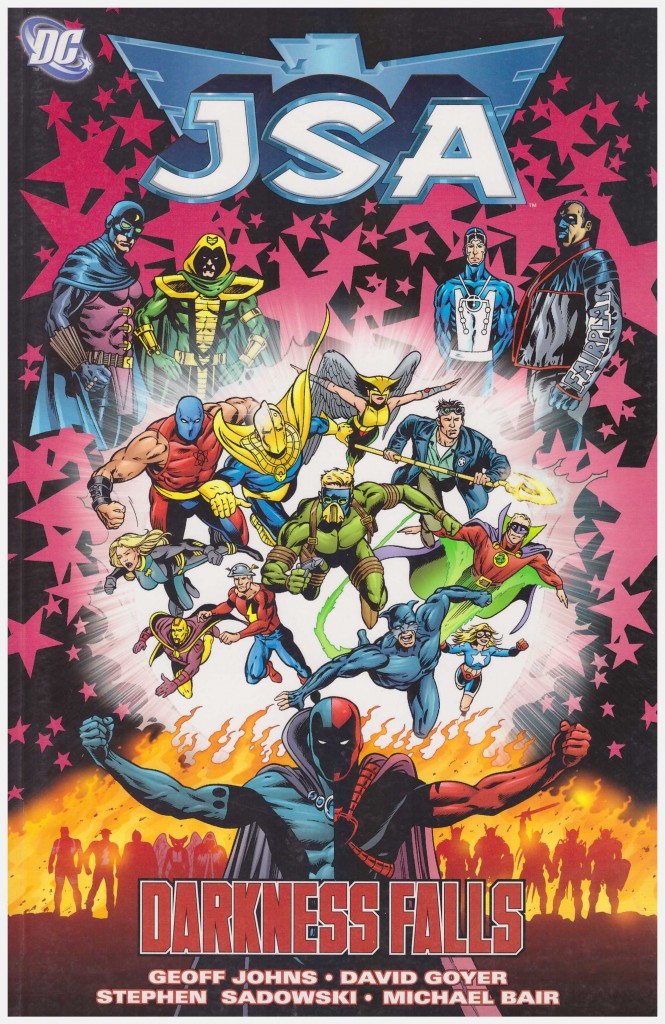 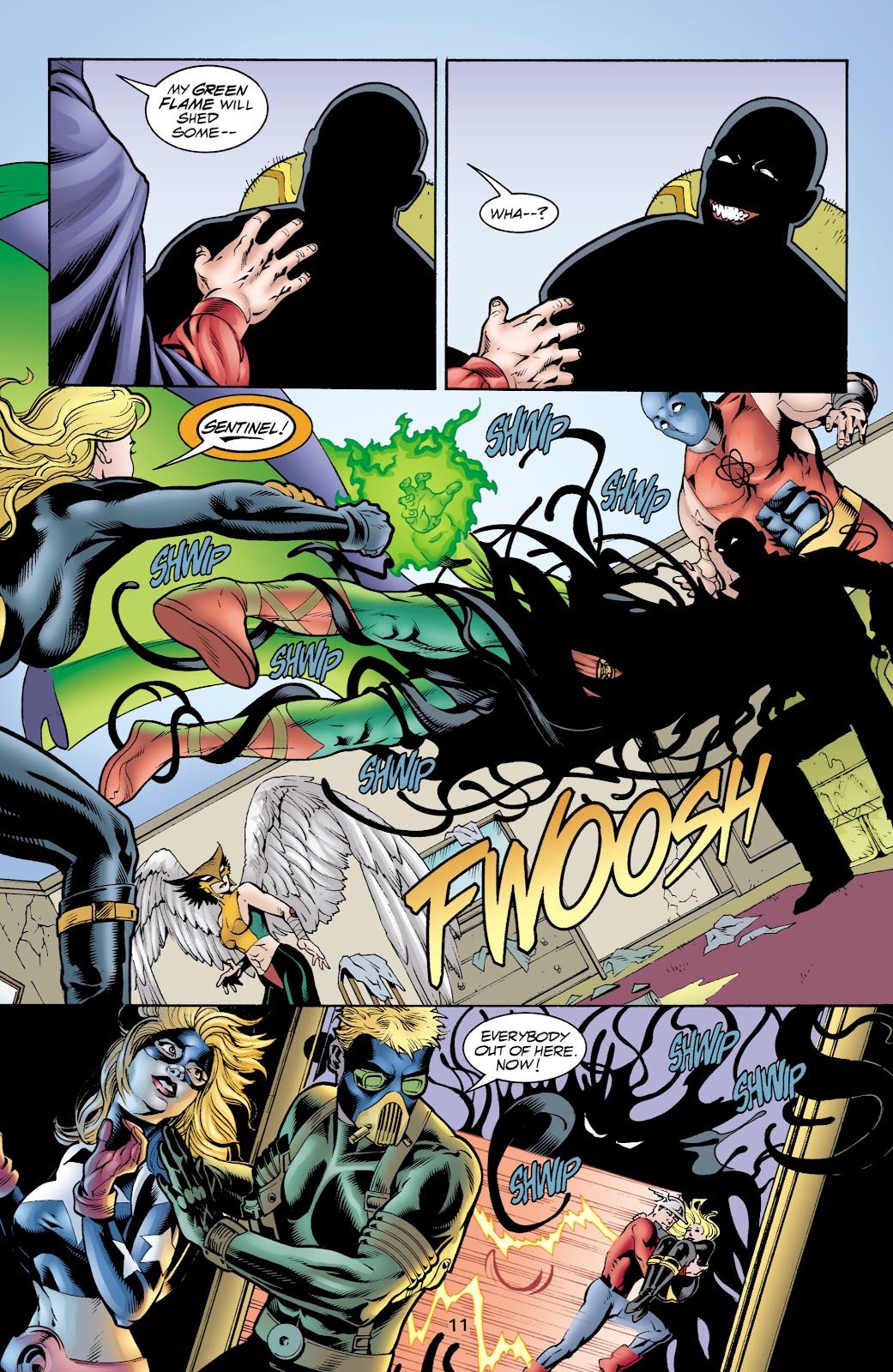 Justice Be Done re-positioned the Justice Society of America as a viable 21st century super-team, but initial co-writer James Robinson has already departed, and it’s Geoff Johns who joins David Goyer to write the second sequence.

Part of the problem writing such a powerful superhero assemblage is supplying opponents who can credibly stand against the likes of Sentinel or Doctor Fate alone, never mind when backed up by Flash, Hourman or Stargirl. An ageless sorcerer matched the team in the previous volume, and here there’s time-travelling Extant, the Injustice Society, God-like Black Adam, leader of a terrorist cult Kobra and one of their own, Obsidian. Always plagued by inherited mental illness, his insecurities have been fed, and spread.

One of the most interesting character journeys occurring throughout this run of JSA is that of Atom-Smasher, the giant-sized hero. It begins with the death of his mother in a terrorist attack, results in a stunning full page image from artist Buzz (alias Aldrin Aw), and carries on in future volumes. The majority of the art is by Stephen Sadowski, now confidently delivering dynamic action sequences, but it’s interesting to see the cluttered pages of a young Marcos Martin opening the book considering how he’s developed since.

The bulk of the book is more action-oriented than its predecessor, but in consistently inventive fashion, particularly a closing chapter sequence rectifying an earlier horror. Another nice touch, afforded by a story in which time is manipulated, is the return of two heroes previously among the dead, an area Johns would later explore in greater detail with Hourman.

Despite their sheer power, the JSA are dealing with planet-shaping threats, but the best sequence here narrows the focus down to Wildcat. Recuperating from injuries sustained in the previous volume, he’s still not fully fit when the Injustice Society manifest in the JSA headquarters. His ingenuity and resilience is put to the test as he has to fight a solo guerilla campaign against infinitely more powerful foes.

The JSA that closes the volume is differs greatly from the assemblage that started it. Two further heroes taking their identities from former team members are signed up, and the title of the following volume The Return of Hawkman reveals another is on his way back.