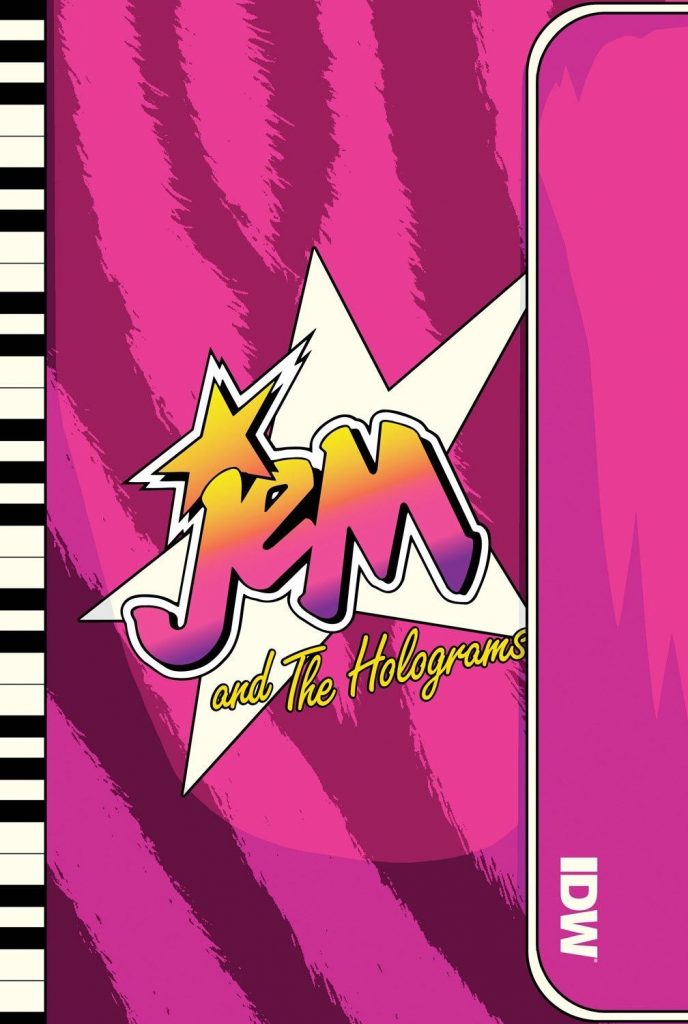 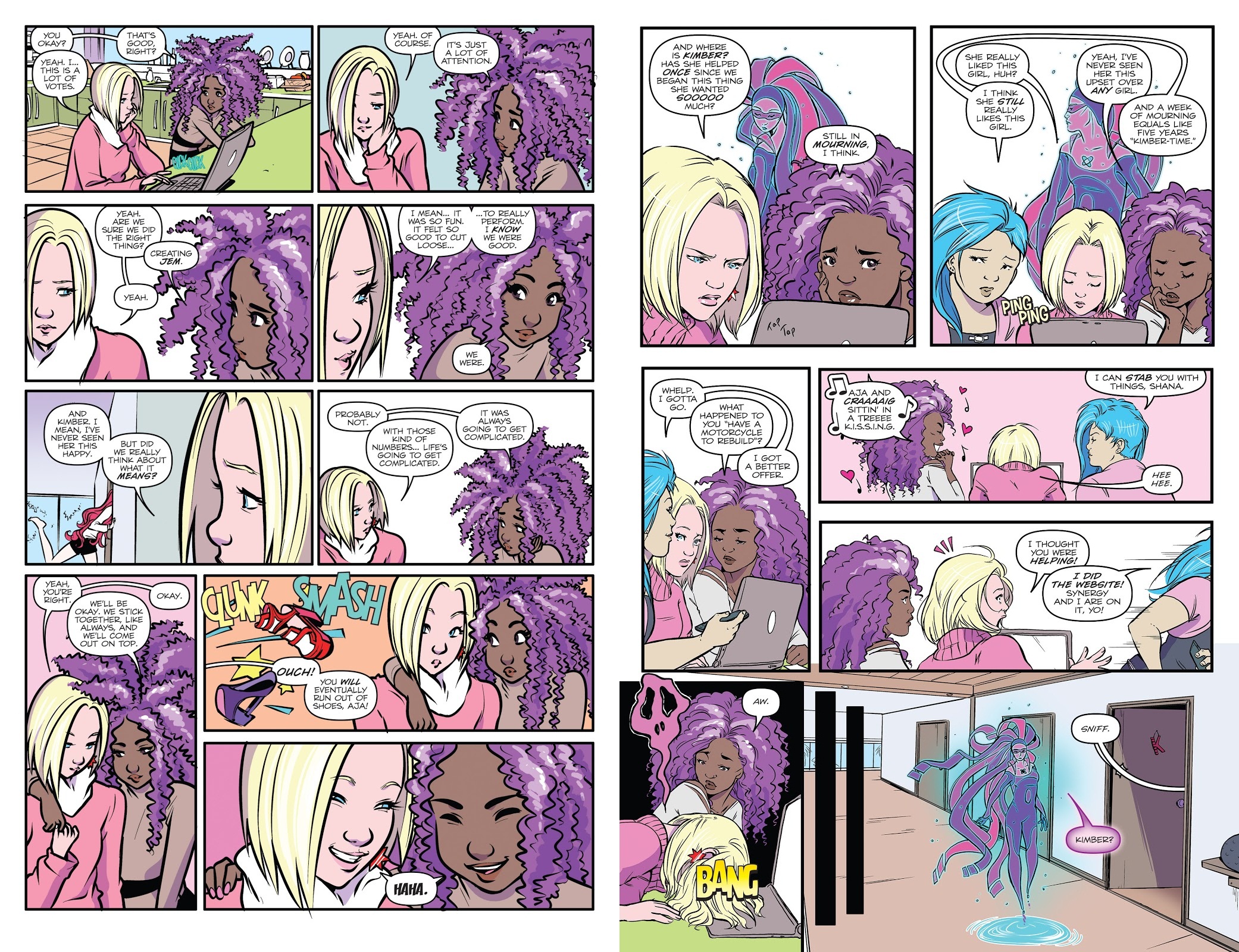 A hardcover edition for a young adult series might seem a marketing risk, particularly when it’s based on 1990s animation where the standards weren’t exactly the highest first time around. However, standards were considerably elevated for the comic series beginning in 2015. Kelly Thompson’s writing and Sophie Campbell’s sympathetic and character strong art reinvigorated what might have been a tired concept of a talented new band struggling against the status quo.

Jerrica is a good songwriter and an incredible singer, but that’s only in the studio. Put her in front of a camera or a live audience and she freezes, unable to perform. The unlikely solution is technology left by her dead father, an advanced computer program able to generate not just a hologram persona for her, but an incredible light show for the band. With this in place, people start to notice Jem and the Holograms. That threatens local band the Misfits, already with a label contract, and known for their wild and edgy ways. The Misfits consider the town is only big enough for one all-female band, and set plans in motion to ensure it’s them.

Of the two primary artists used over the longer sections, the work of Campbell is preferable to Emma Vieceli, who’s also good with expressive characters, but less inclined to set them against anything other than the most basic of backgrounds. She’ll also tend to close in on faces as much as possible, being good with expressions. Both Campbell and Vieceli are strong when showing the bands performing, which is a difficult trick to pull off in a soundless medium. As far as the musical interludes go Campbell sets the standard with lyrics overlaid on dynamic performance illustrations, with colourist M. Victoria Robado contributing greatly with vivid light shows.

Thompson’s dialogue is sharp, and while the drama is good enough to turn the pages, it sometimes slips into melodrama with some plots all too often featured in fiction for younger teenage girls. Also on the downside is the minimal attention given to the one African-American band member, opening the series to accusations of tokenism. This was later addressed, with Shana becoming fully integrated, but you wouldn’t know it from this content.

Also making the book weaker than the longer stories would indicate is the inclusion of three standalone specials drawn by an assortment of artists, some good, some okay, and some below par. These stories are all written by Thompson, so there is a character consistency, but the variable art is a problem. An alternative is to buy the paperback collections Showtime and Viral. 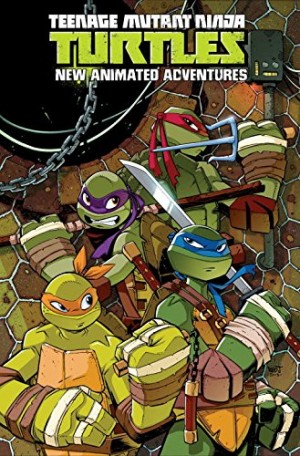