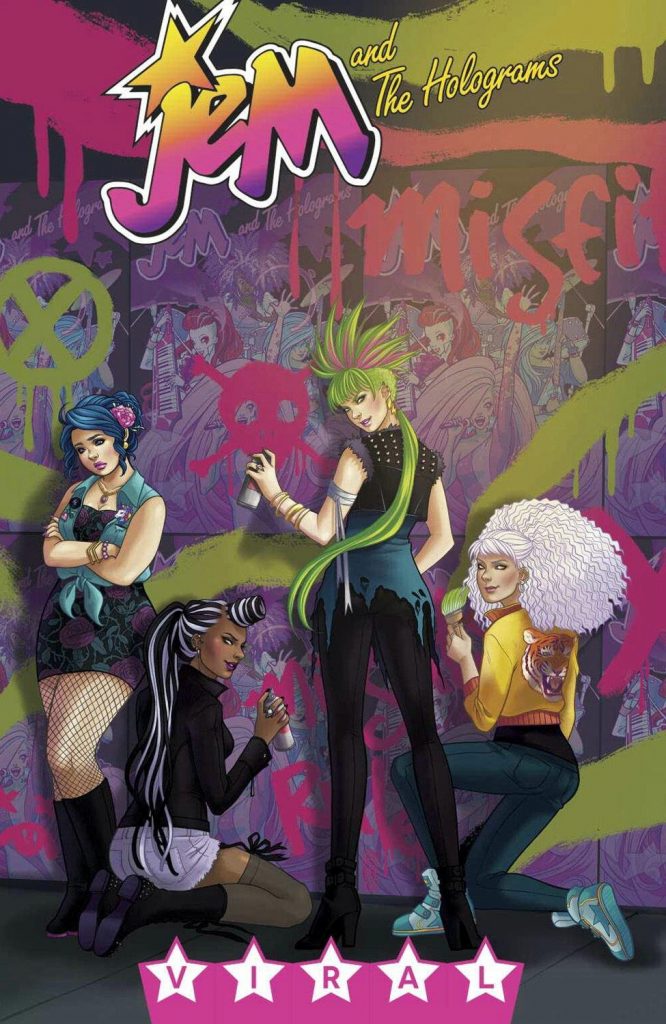 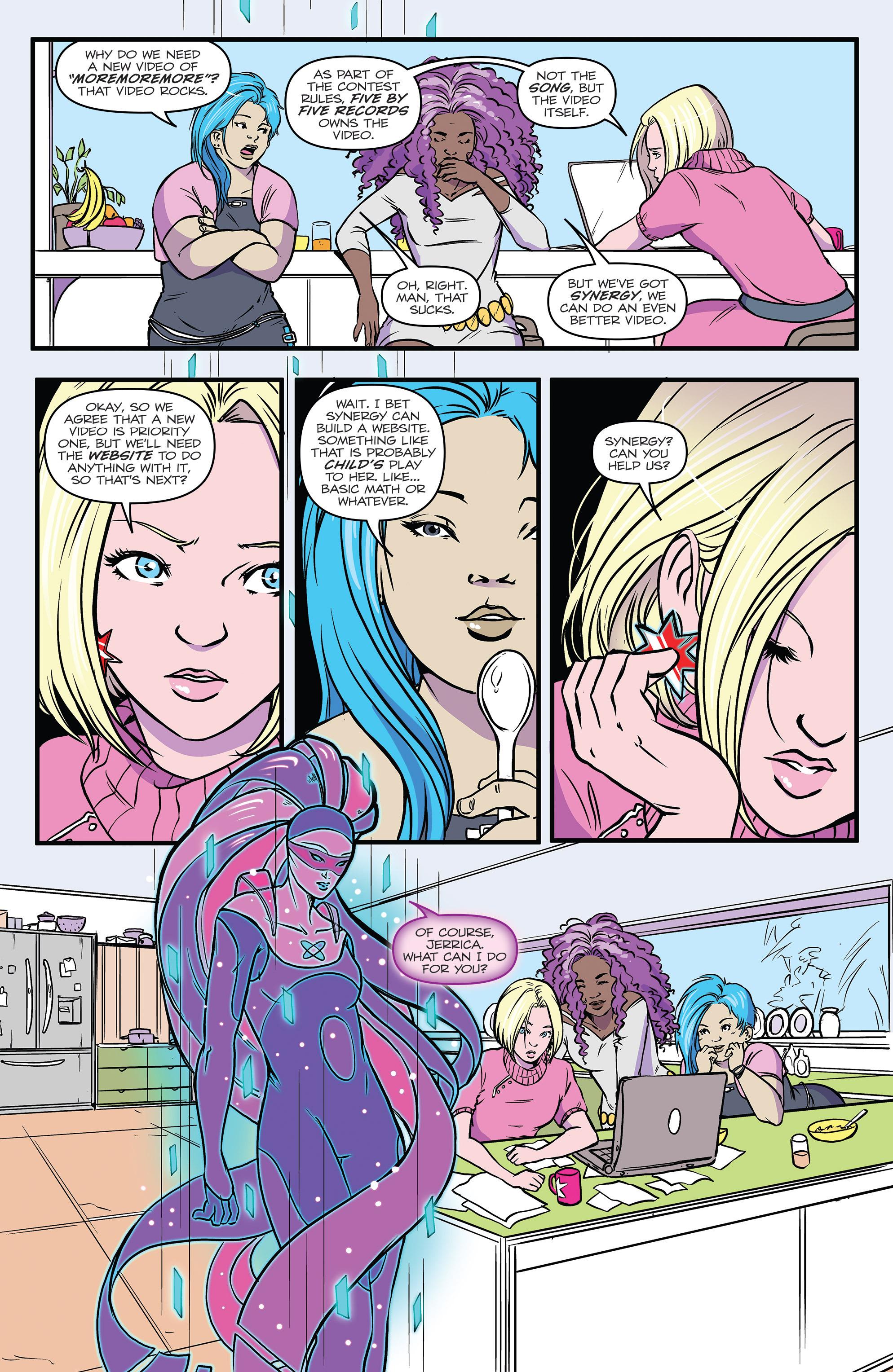 Stylishly updating the 1980s cartoon series, Viral continues the good work Kelly Thompson began in opening volume Showtime, this time with new artist Emma Vieceli drawing the main continuity. Showtime introduced an all girl band about to enter a talent contest, but held back by their lead singer and songwriter having the world’s worst case of stage fright. That was solved by a parting gift from her dead father, a device that permitted Jerrica to disguise herself and her bandmates with holographic technology, hence Jem and the Holograms. It also provided a voice and visual interface for Synergy, a state of the art computer system. The subsequent success of their uploaded video causes resentment among some members of relatively successful local band the Misfits.

That’s the pick-up point for Viral. The Misfits’ guitarist has already tried to sabotage Jem and the Holograms during a live talent show, but Stormer from their band has been seeing Kimber from the Holograms. The plot continues to follow the broad theme of the 1980s animation, with the Misfits, or people associated with them, doing everything they can to bring down Jem and the Holograms. This is with the help of an unscrupulous new manager and a computer hacker.

Vieceli is a talented artist working in an almost manga style that prioritises the figures above all else. It means she comes across as second best in comparison with Showtime’s Sophie Campbell, who pushed the boat out with dynamic layouts and detail. She really scored with the musical performances, bringing them to life, but Vieceli’s method is song lyrics accompanying star shaped panels containing head shots or just lyrics under a band picture. It’s a very 1970s approach. Her highlight is a spread at a party featuring the entire cast and labelled according to their current relationships.

The main continuity ends with a cliffhanger to drag us into Dark Jem, but that’s after three chapters of satisfyingly twisting melodrama on Thompson’s part. Her clever characterisation is exemplified by a chapter spotlighting journalist Rio Pacheco coping with an issue where his reporter’s instincts clash with human decency. Unfortunately Corin Howell’s art almost sabotages the piece, being flat and basic. There’s far more life and ambition to Amy Mebberson’s layouts for a Christmas story. She’s also one of several artists contributing to movie pastiches involving the individual members of Jem and the Holograms. It’s a good idea, and at its best informs a little more about the cast, such as Jerrica/Jem’s identity problems, but as for the cutesy ‘Jem Babies’, you really have to be in the mood.

Viral doesn’t match the introductory volume, and as Thompson’s brand of cleverly plotted melodrama is up to par, that’s down to the art. Viral just doesn’t look as good.  It’s combined with Showtime in Jem and the Holograms: Outrageous Edition.