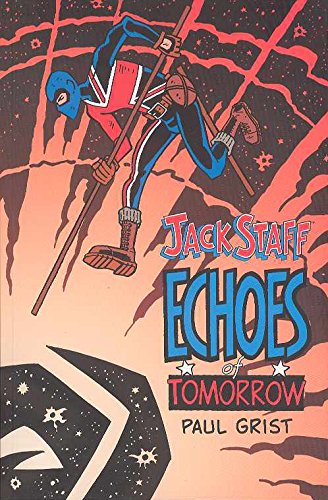 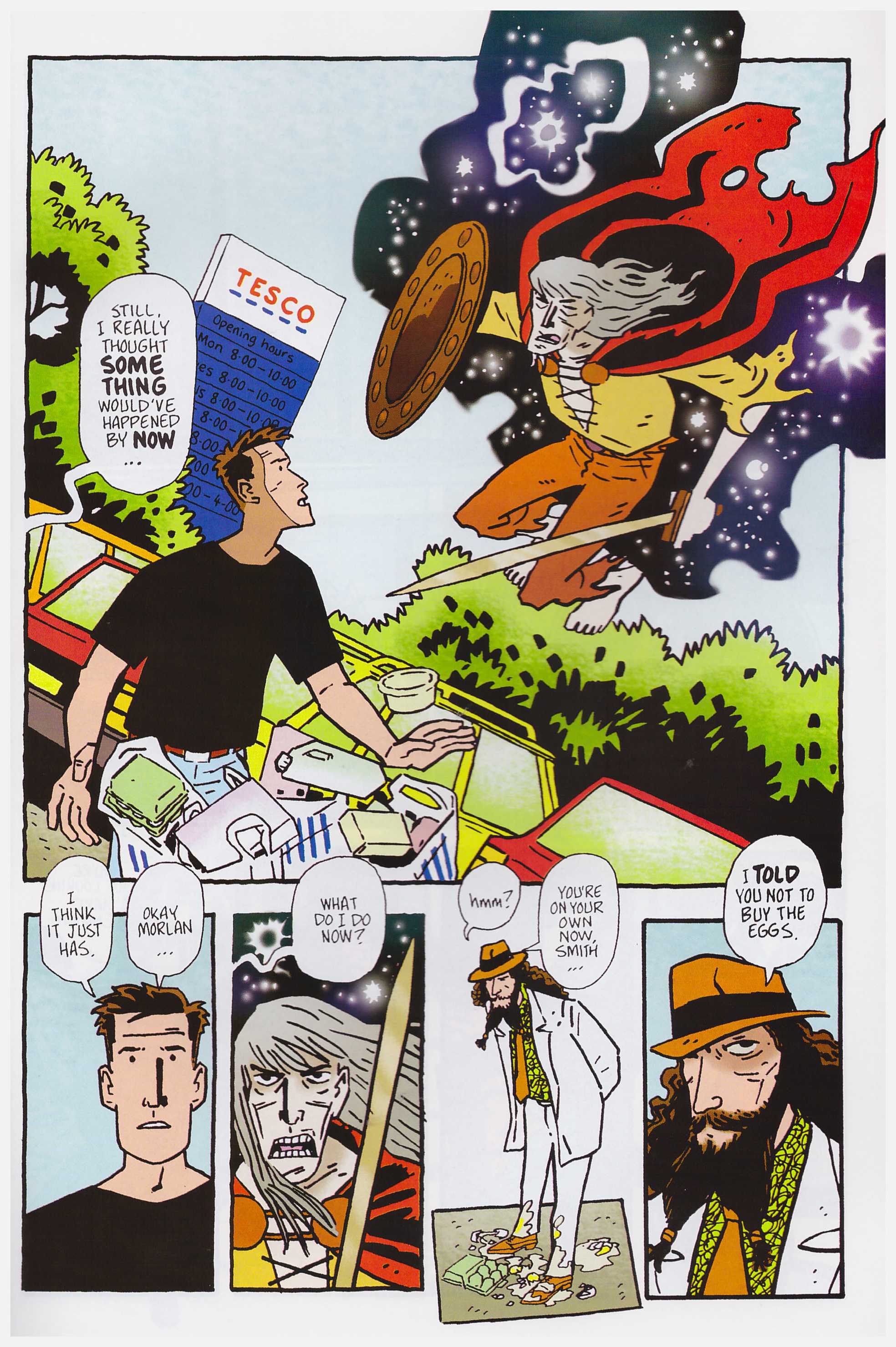 Once the entirety of Jack Staff has been read it’s interesting to speculate how much Paul Grist planned from the start. Was the longevity of the title character always intended, for instance? By this third volume a pattern has been established of a threat to the present day Castletown having roots in the past, so enabling the presentation of Jack’s exploits then as well.

Soldiers took us back twenty years, and we now head back to World War II and the Freedom Fighters, the superhero team with which Jack was allied. A shunned scientist has developed technology that he intends to supply to the Nazis, and they’ve lent him Kapitan Krieg for protection, but he has other ideas. In the present day vampire reporter Becky Burdock has become a target without knowing why, and as the book continues several mystical elements take precedence.

And to start all this Grist supplies the best out-takes from Steptoe and Son that you’ve never seen. Having based his vampire hunters Bramble and Son on them as a joke (see Everything Used to be Black and White), he now goes the whole hog. Those familiar with the TV show will be able to hear the voices of actors Wilfred Bramble and Harry Corbett in their heads. A beauty of Jack Staff, though, is that if you’ve never heard of the show it doesn’t matter. Grist is skilled enough to provide a knowing wink to those who know while delivering serviceable and amusing sequences for those who don’t. Even better is that panels echoing scenes of Albert Steptoe in his tin bath have a later relevance to the plot.

Grist’s cartooning is wonderful, and what he does particularly well is use space. There’s a deceptive simplicity to his illustration, and it’s not until it’s closely studied that you become aware how much he creates from so little. When a lazy superhero artist can’t be bothered creating any depth with backgrounds it’s generally obvious, but Grist design sense enables him to conceal this and his pages still look great. The assorted mystical aspects introduced in this book appear from different realms, although dreams unite some. Childish fairy tales are delivered in black and white, while green is a specific reference for Helen Morgan, investigator of the unusual.

By the end of this book some plot threads have been tied up, but many more have escaped the Pandora’s box of Grist’s mind, so there’s plenty to lead us into Rocky Realities.