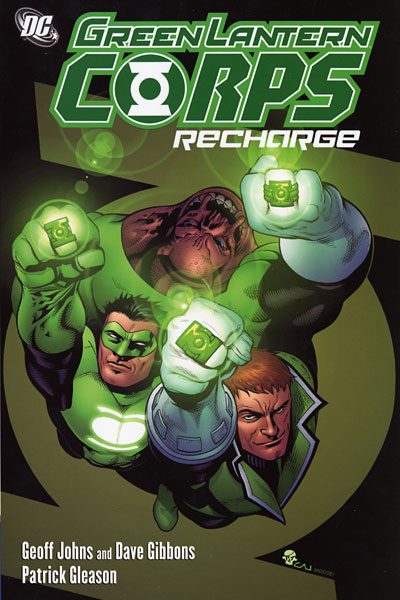 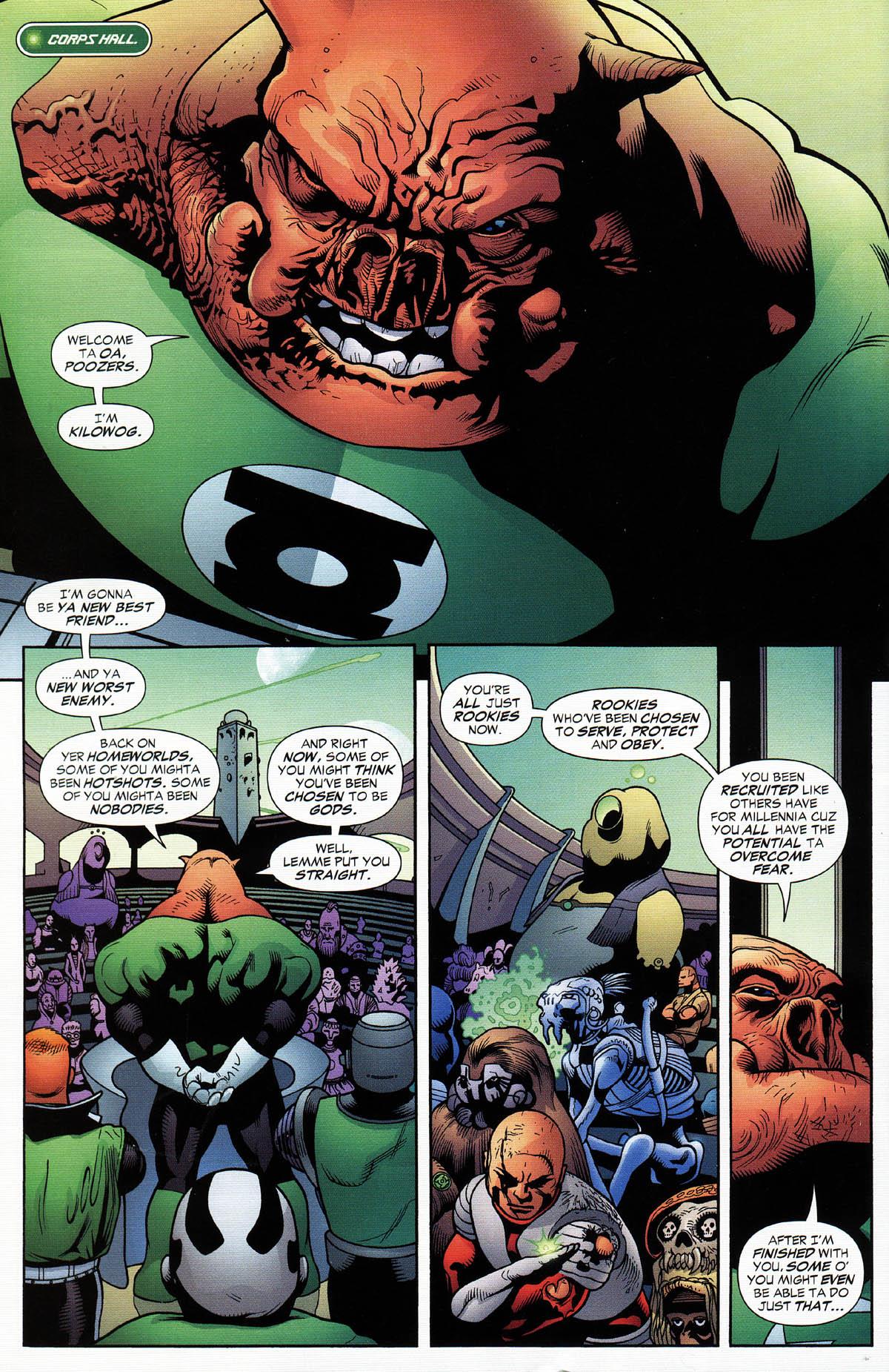 Hal Jordan’s origin tale of becoming Green Lantern in the 1960s established that he was but one of a vast community of beings also upright and true, lacking fear and possessing a power ring controlled by their willpower. His adventures frequently featured the Green Lantern Corps, but until the 21st century efforts to promote them to headliners had been sporadic and low key. Geoff Johns changed that.

The corps were integral support to his version of Green Lantern, and having rebooted that feature in Rebirth, Johns turned his attention to the bigger picture of the now re-established Green Lantern Corps, with Dave Gibbons co-plotting. The structure remained the same as it’s always been. The mysterious small blue-skinned Guardians of the Universe maintain a massive power battery on the planet of Oa. This transfers power to lanterns located all over the universe, from which those possessing a power ring can charge it. The Guardians divide the universe into thousands of sectors, and races from all over are represented in the Corps, first undertaking a training programme.

With two Green Lanterns already based on Earth, there’s no place there for the acerbic Guy Gardner and the more likeable Kyle Rayner. Also featured is the large and adaptable Kilowog, recast in drill sergeant mode, and several other familiar aliens. The opening chapter details a recruitment drive, introducing the remaining cast, all new characters who’re selected to become Corps members. In a fine touch, this isn’t always during the most convenient of circumstances. Initially the most interesting of the new cast is from Korugar, a planet that’s already provided Green Lanterns, one of whom, Sinestro became their biggest mistake. Soranik Natu has no wish to be a member of the Corps.

The plot is set against an ongoing conflict between the planets of Rann and Thanagar, the hatred of the Psion race for all Green Lanterns, and someone known to Rayner come to play. These, though, are all secondary diversions.

Patrick Gleason’s art is excellent other than his choice to so often feature in close-up events requiring some distance. He’s far better at characterising the alien Green Lanterns than many who’ve tried previously, and continues into the revived series that follows.